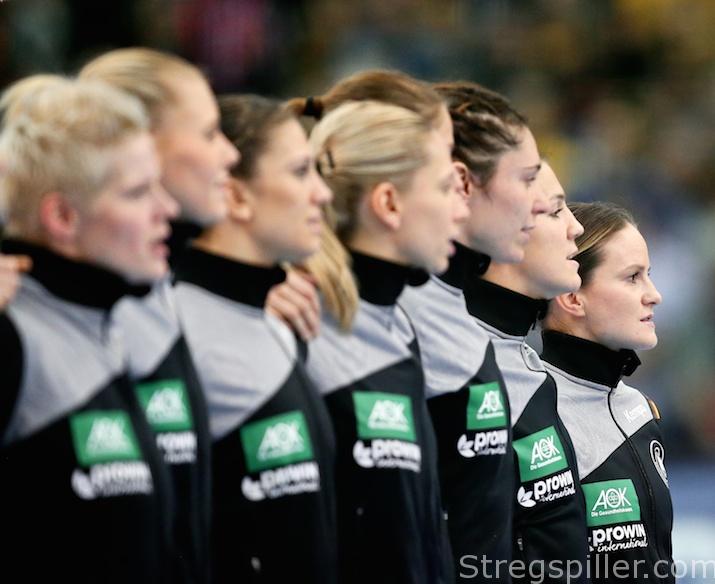 “My goal is to turn Germany into the new Holland”

INTERVIEW – Henk Groener, who became famous for leading the Dutch women’s national handball team from oblivion to the 2015 World Championship final, is determined to perform a similar miracle in Germany.

Hard work and positive thinking are his favorite tools in his effort to resurrect Germany to former glory, after the disappointment at the 2017 World Championship at home.

“My goal is to achieve with Germany what I did with the Netherlands, but I realize that it will be taking time and lots of hard work.”

Henk Groener knows that he has his work cut out for him after taking on the job as coach for Germany´s women’s national handball team.

Women´s handball in Germany is just recovering from the most recent hangover following the pre-mature exit at the 2017 World Championship, last December.

For former coach, Michael Biegler, 20 months of preparation were not enough to build a competitive team for the tournament on home soil, where “Die Ladies” only made it to the Round of Last 16.

Shortly after the World Championship, eight players retired from the national team, and Henk Groener, who took over as  “Bundestrainer” in January, now sees himself in charge of what my Germany colleague, Björn Pazen, recently characterized as “Germany´s biggest transition in a decade” in his piece on the EHF website.

“Of course, it is correct that eight players have ended their careers in the national team, and in addition, we are troubled by injuries.

“Players such as Kim Naidziniavicius, Anne Hubinger and Emily Bölk are not at our disposal at the moment – obviously we are facing some challenges.

“However, I think there is plenty of potential in women´s handball in Germany, but there is some kind of a gap between Germany and the top of the world, right now,” says Henk Groener who is well recognized for raising the Dutch women from a mediocre team to the World Championship final in 2015.

He will take his first steps with Germany’s women this upcoming week, when his new team will meet Spain in two qualification matches for the European championship later in the year.

Matches against Spain to provide answers

“For sure, Spain is a very strong opponent for us in our current situation.

“They pretty much play with the same key players, who they have played with for a long time, and they are undoubtedly still close to the top in the world of women´s handball.

“We saw it at the recent World Championship, when they played some very close matches against some of the best teams in the world.

“Still, I expect the games against Spain to provide some answers as to where we stand with our team right now,” Henk Groener tells stregspiller.com.

Following visits with numerous clubs he got a pretty good impression of the players that will be at his disposal.

“In January, I traveled around Germany and had talks with all the relevant clubs and coaches as well as with the players that are candidates for the national team.

“I still noticed a certain disappointment after the unsuccessful World Championship, but also great ambitions to work hard and getting back to the top.

“In February, I had three days with the players and on that occasion, I also sensed a strong desire to work and stand together.  As I said, I see a lot of potential in women´s handball in Germany and I am not only talking about the current senior team.

“Our junior team did very well at the European championship last year, and we also have great expectations in this squad in the qualifiers for the World Championship this year – I am optimistic about the long term prospects, to say the least.

“Of course, the three days in February and a day and a half this week before the first match against Spain, are not much time to prepare for the two qualifiers, but we have chosen to think positive and make the best of the time that we have together,” says the 57-year-old former Dutch international, whose contract with the German Handball Federation expires after the 2020 Olympic Games, in Tokyo.

“I do not want to think about missing France”

He does not dispute the fact that Spain are favorites in the two qualification matches in Stuttgart and San Sebastian next week, and two defeats could put Germany under quite some pressure with regards to qualifying for the final tournament in France, next December.

Considering the fact that Lithuania managed a sensational 22:22 draw in Oldenburg, back in September, Germany’s qualification is not a given.

After two rounds of play, Spain are on top of Group 6 with four points, followed by Germany (3), Lithuania (1) and Turkey with no points.  The two best teams in the group will advance and compete in the European championship.

“I have no idea what it will mean to German women´s handball in case we miss the qualification, and I do not even want to think about what happens if we miss the final round in France.

“I’d like to think positive, as I said, and that’s I what I want the players to do as well.

“Our first goal is to qualify for France, in December and that’s what we are working towards.

“Of course, we are under pressure.  After the two games against Spain – undoubtedly the strongest team in our group – a difficult road match against Lithuania awaits on May 31st and there we’ll obviously be under pressure as well.

“However, stress also is a factor that contributes to developing players, especially young players, who we have plenty of.

“You have to be able to live with this burden and handle pressure if you want to be in the international top, and that’s where I intend to lead the German national team,” says a determined Henk Groener.