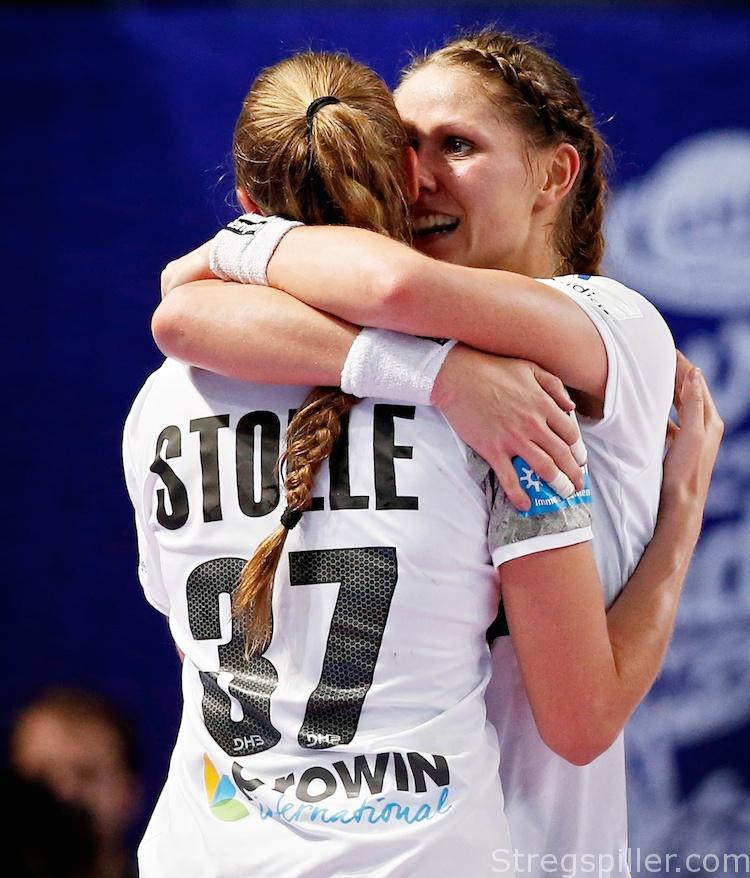 This weekend marked the first time that national handball teams met after the EHF EURO 2018.  Among others the Netherlands faced Germany’s women twice – first in Groningen, followed by an encore match in Oldenburg, on Saturday afternoon.  Both squads approached the two games from a somewhat different perspective.

Metz head coach, Emanuel Mayonnade, was in charge of the Dutch team for the very first time and after the second encounter in Oldenburg, he described this past week, “as useful to train with the team and see players in action”.

While Mayonnade got a first hand impression of his new team, Germany’s head coach, Henk Groener, used the games to test some youngsters as well as new players, including Kim Braun, Nele Reimer, Jenny Behrend, Lea Ruehter and Nele Kurzke.

Lois Abbingh & Co. did not have to start from scratch after the recent retirement of Nycke Groot and the stoppage of Yvette Broch, but the departure of two of the best players in the world spell change – no doubt.  Add to it the absence of Deleila Amega (knee injury), Jessy Kramer and a recovering Danick Snelder and a more challenging picture presented itself for Emanuel Mayonnade.

On Friday night, in Groningen, the Netherlands were in control for most of the time, in a jam-packed “MartiniPlaza” arena. Yet, Germany made it easy for the hosts as they lacked a stable performance on the defensive end and on the other side of the court many of their shots were poorly prepared and an easy catch for Tess Wester, in goal.  However, there were periods when it looked better, but all in all Germany missed consistency and a more fluent attack.  Still, five minutes before the end of the match coach Groener’s team came within one goal – testament to Germany’s will power.

Player of the Match (Netherlands)

Estavana Polman dominated the Dutch offense and her 10 goals only tell part of the story. In the post-Groot era, she left no doubt which player will fill the void and run the show going forward.

Player of the Match (Germany)

Alicia Stolle – as her teammates were struggling for long stretches in the game, the right back from Thueringer HC quietly delivered six goals.

What a difference a day makes!  Well, not quite – less than 24 hours later, 4,000+ spectators in Oldenburg witnessed a vastly improved German team.  Led by a very determined Xenia Smits, the squad of coach Groener delivered one of their best performances ever since he took over.  In the first half, his crew was clicking on all cylinders and the game had everything a German handball fan could wish for – speed, power, precision passing.

The Netherlands could not stop the barrage of counter attacks that were coming their way, not until Estavana Polman took to the court later in the first half.  At least, in offense she did her part to get things under control.  And, she continued to make the difference in the second half as well, as her team slowly but surely made up lost ground.

As Germany began rotating their bench, coach Mayonnade adjusted his defense formation and Polman & Co. took advantage and almost caught up in the dying moments of the game.  But, Lois Abbingh could not get her shot passed Lea Ruehter, who denied the experienced left back with a spectacular save.

Player of the Match (Germany)

It’s a challenge to a pick a single player from a very compact German team.  But, Xenia Smits stood out, as she led the effort in the first half with a powerful performance on both ends of the court, scoring four goals and delivering several assists.

Player of the Match (Netherlands)

See above – Estavana Polman repeated her stellar performance from a day earlier, scoring 10 goals – again – and guiding the Dutch offense in the right direction.

As a semifinalist of the 2018 European championship, the Netherlands are already qualified for the year ending tournament in Japan.