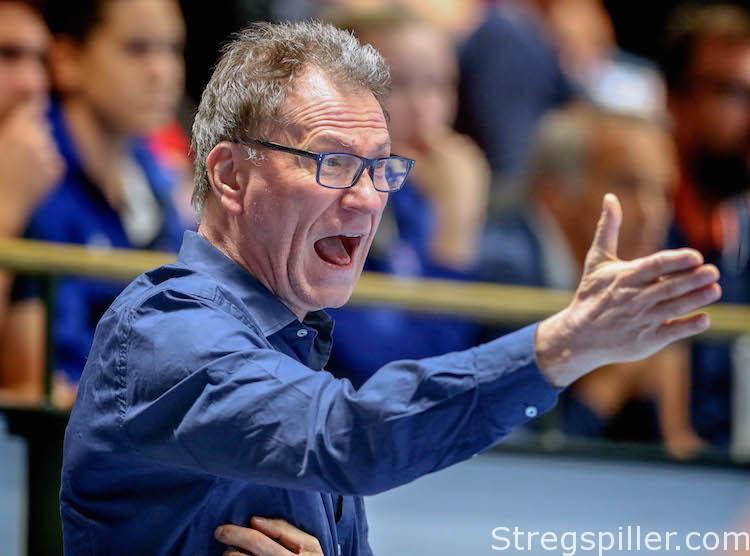 #GoldenLeague Day 1 – What they said

“It feels really good. We knew it was going to be a very difficult and physical game. I’m a little surprised it went so well in defense, only conceding 21 goals, so I hope we can keep this level up.

“We spoke about it before the game and we knew that if we didn’t go hard on them, they would do it to us. We wanted to come out strong and make them a bit afraid, I don’t know if that’s what happened, but it was really good.

“I take the chances I have. I wasn’t so good in the second half, but the first was good and I’ll just continue to take my chances for the national team and my club.

“I play with amazing players every day at Györ, so I’m getting better in attack and defense as well. I think I’m getting tougher – when you’re up against Stine (Oftedal), Nycke (Groot) and Duda (Amorim) every day, you need to be tough. I hope I can bring this and my self-confidence back to the Danish team. I know, I didn’t play too much at left back in Györ, but I take what I can get and make the most of it.

“The goal for this weekend is to train, also win of course, but to try out some new things, see what we’re missing and get 100% ready for EURO 2018. It’s a bit tricky, because you want to practice, but also win, though I think it went well today. We figured out some things we need to improve in the second half, so it was a good game for us.

“We are still a young team, but we’ve been together for a long time. We know the concepts, you can see the development of what the coaches have planned. I still think we’re far from the EURO, so we need to take it easy with expectations, but we want to progress from the group and you can ask me again when we’re closer to the championship.

“It wasn’t our best performance. It’s the first time we’ve played together since July and we have yet to work on our defense, so it wasn’t the best today.

“We’re not worrying about other teams, we’re just focusing on ourselves and what we do best – defense and fast breaks. We’re going to run a lot in the games and that is what we’ll focus on.

“My time with Györ has been really special so far and really good for me. The girls are stars in every position and I get to play with them every day. It’s perfect for me, I feel like I’m already getting better as a player.

“The goal this week is for everyone to play. We have a lot of players missing now, so we want to progress and involve more players in the team and in the project.

“Of course we want to win, we don’t play to lose, but we had difficulties in defense against Denmark, without our best defenders.

“We have a lot of good defenders in the team; a loss like this now will kick us into gear and we’ll be better next time. It’s always this way in France.

“We tried a 5-1 defense with Nze-Minko in front, which was really good, so we will continue to work on this and try to progress.

“Maybe not so much in the first half today, but in general it’s really good to be behind this defense formation. The goal of the team is to be aggressive – so it’s great to be a part of it. You can really see the difference sometimes and you can see the culture in the team. Olivier Krumbholz really likes to work on this aspect and we have three really good goalkeepers.

“It’s not difficult to be motivated for December, for most of the team it’s the first time we’ll play a championship at home. We’re really excited and all of the fans are talking a lot about it.

“The team is not where we’re supposed to be, it’s a bit rusty, but I hope it’s only going to get better.

“It’s good to get these matches before the season starts, so we can feel the level and tempo. We will face some very physical teams in the Champions League, so it’s a good test for me.

“In the summer we had a training camp with France, training with and playing against them, so that was a lot of France. It’s going to be quite special when we play against them, everyone will want to win. They are very good and it will be interesting to see where we stand, now.

“We’re trying to get our defense a bit higher and tougher. We are not as tall as France, so we need to get more speed in the game, because last year’s final was very slow.

“It’s perfect to be playing against these teams, it’s the best preparation to play against the best and take the good things to EURO 2018.

“It’s really nice to beat the world champions at home. It was a good game for us against a good opponent, so we’re really happy.

“I’m really happy with my performance. It’s nice to see my shots sitting in the corners of the goal, which is important to me as shooting from long range is what I can bring to the team.

“It was a big focus of ours to start really tough in defense and then run.

“Hitting a high tempo and shooting from distance early on was important as well, to try and force their defense to come out, which would open up some space on the line.

“We look at these matches as training- so it’s important to develop and do something to improve both in attack and defense.