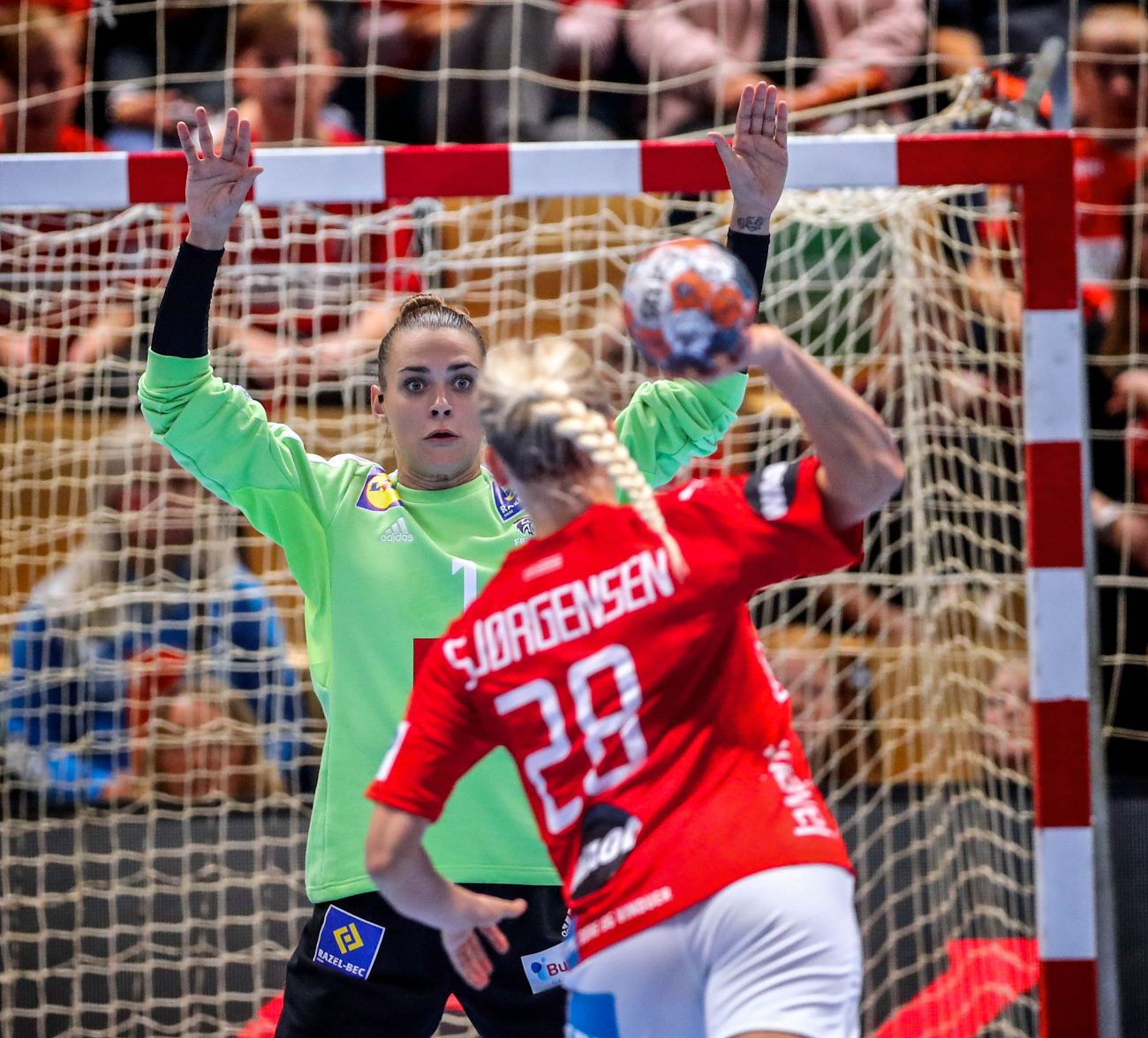 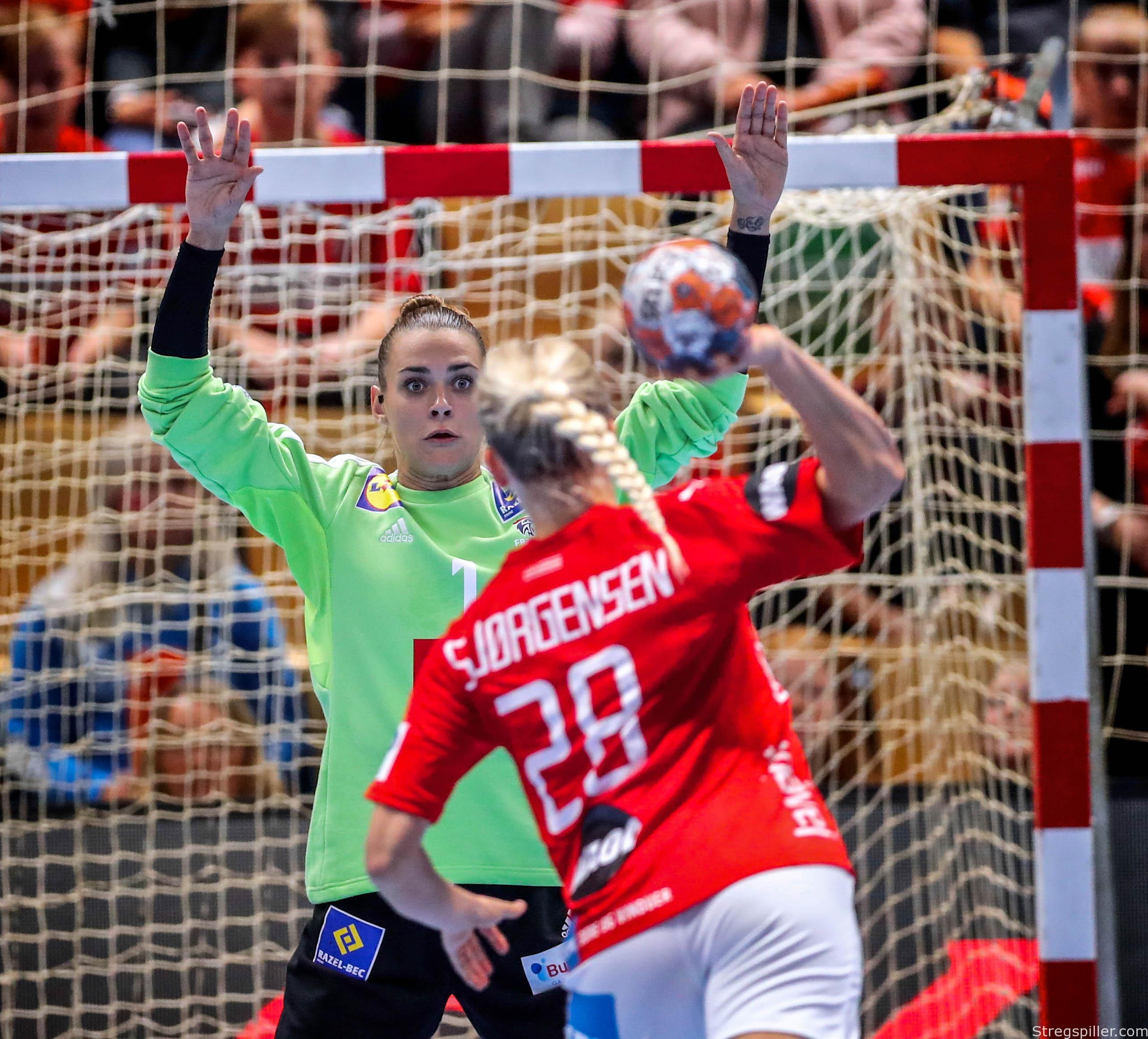 ANALYSIS – Stregspiller.com takes a close-up on the current form of the four teams participating in the recent Golden League, based on their performances in Denmark.

By Chris O’Reilly and Peter Bruun

With the Women’s EHF EURO only two months away, the Golden League in Denmark this past weekend was a particularly important part of preparations for the four teams involved.

Stregspiller.com has taken a closer look where the teams stand following their first international outings of the season.

Peter – The Norwegians won the tournament, but what was obviously much more important to Thorir Hergeirsson and his players was the way they performed and what answers Hergeirsson got from the three matches.

Norway still have a very strong team, but definitely not without weak spots. The team is obviously best when the Györ trio – Stine Oftedal and Veronica Kristiansen in the backcourt line with Kari Brattset on the line – are on the court at the same time.

Chris – Hergeirsson and Norway have clearly learned from last year’s World Championship final defeat to France and are aiming to bring the entire squad up to the level needed to contribute in a big match because that trio you mentioned cannot play the full 60 minutes in every match.

Peter – Vilde Mortensen Ingstad does a good job on the line, while there are still international matches in Heidi Løke as well, but at this point Brattset looks like the obvious first choice line player in the attack.

Chris – Certainly an interesting array of options on the line and all have proven to be dangerous in different ways. The key will be figuring out which player can be most effective against which opposition defense.

Peter – Defense still appears as strong as usual, and the term “Goalkeeper Problem” does not exist in any Norwegian handball dictionary. Katrine Lunde is still the indisputable first-choice keeper, while Silje Solberg proved a fine alternative, in Denmark.

Hergeirsson´s biggest – and maybe only – problem seems to be the left back position, where he is still looking for a tall, long range shooter who can fire away from nine meters or more. Veronica Kristiansen does a brilliant job, but she also replaces Oftedal as playmaker from time to time and, everything else aside, Kristiansen is not a real threat from way beyond the nine meter mark.

Already in their present state, though, Norway look like a favorite in yet another major tournament.

Chris – The back court problem is heightened by the news that Nora Mørk will definitely be out of the EURO and the two choices in that position, Kurtovic and Skogrand, had an up and down weekend in Denmark. This puts even more emphasis on the Oftedal-Kristiansen combination.

I have a bit more faith in Kristiansen’s long-range shooting and she stood out as one of the most dangerous players in the Golden League. Assuming the next couple of months with Györ go to plan, I expect her to be a unique threat for opponents to deal with in France.

Peter – The Golden League debutants secured an impressive second place in Denmark and we saw a Polish team making rapid progress, promising much for the future.

Coach, Leszek Krowicki, seems to be on his way to creating another great team in Poland, based on good defense and patience when in attack.

Chris – After their opening match against Norway, I wasn’t expecting much from this team, but the progression they made over the course of the weekend was incredible and it bodes well for the EHF EURO.

Krowicki himself was surprised by their improvement and the momentum built from these performances should excite Polish fans.

Peter – The team seems well equipped in the goalkeeper position with Adrianna Placzek and Weronika Kordowiecka, and the attack is superbly lead by Kinga Achruk and Romana Roszak, while the right back position is in safe hands with Monika Kobylinska and Aleksandra Zych.

And then, we even have to bear in mind that Poland’s most experienced female handball player, Karolina Kudlacz-Glock is currently sidelined with an injury. When she comes back, the team could spell real bad news for nearly any opponent in France come December.

Chris – The goalkeeper pair had a stormer in the final match against France and everyone who took to the court filled their role within the team well, which says a lot about the coach’s ability to have his players buy into the idea of the team.

They will need a bit more individual brilliance to make a big impact on the EURO and the addition of Kudlacz-Glock could be the answer. The left back has proven her quality at international level year in, year out, so her returning at full fitness will be a huge boost.

Peter – The hosts entertained us with a fast and often fluent offense, while their flexible 6-0 defense functioned quite well for large parts of the tournament.

However, the Danes showed a lack of stability that should worry Klavs Bruun Jørgensen.

In goal, Sandra Toft seems to be on her way for an outstanding season, and in her current form, she is a great asset to the team, but the gap between her and number two, Althea Reinhardt is too big – at the moment.

Chris – The win over France alone makes the tournament worthwhile for Jørgensen and Denmark, where they gave France a taste of their own medicine in defense and found two routes to goal with long-range shots and counter attacks.

The disparity between Toft and Reinhardt is a big question mark and because of that, I would have liked to see Reinhardt given at least one half between the posts against France or Norway. You can ill-afford to rely on one keeper over the course of, potentially, eight matches in a championship.

Peter – Coach Jørgensen is still struggling with the playmaker position. In this tournament, he tried no less than four playmakers, Lotte Grigel, Mia Rej, Stine Jørgensen and Kristina Jørgensen.

Based on her performance in this Golden League, Grigel must have lost the coach´s faith. Rej only played briefly before being carried off the pitch with an apparent serious knee injury.  Her status for the EHF EURO is uncertain.

Stine Jørgensen showed once again that she is the most reliable solution as playmaker, but she will also be needed as left back, where Anne Mette Hansen played better than she did this time around. Kristina Jørgensen, on the other hand, gave some hints that she may be the playmaker in the future. And, of course, Klavs Bruun Jørgensen can hope for Odense playmaker, Mie Højlund, to recover from her shoulder problems, in time.

Chris – Young Kristina Jørgensen impressed me most among the second choice back court players. She’s not shy to have a shot and the potential is certainly there. However, it’s difficult to truly judge her until she takes the court in the heat of a major championship.

If she does prove to be a viable option, it will be a huge boost to Stine Jørgensen and Anne Mette Hansen, who will need a bit of backup if they are to deliver consistently in France. I really like both players’ intensity and leadership in attack, they will be a handful for opponents in France.

Peter – At right back, the Danes seem to have no problems with Mette Tranborg playing a brilliant Golden League and with Louise Burgaard on the way to her former level.

On the line, Stine Bodholt was the only player who left a convincing impression, while Fie Woller and Trine Østergaard appear to be reliable wings.

Chris – The starting players in these four positions look set in stone to me and they are the four names you mentioned. In coach Jørgensen’s counter attacking masterplan, the wings will have a big part to play and they’re both workhorses. Fie Woller also has a role to play in Denmark’s 5-1 defence, if and when it’s used, while Østergaard proved she will put away any chances you give her on the right wing.

Peter – Apart from the fact that France surprisingly finished fourth in the tournament, Olivier Krumbholz´s girls left an inconsistent impression, generally speaking. This comes as no surprise, considering the fairly long list of key players who were missing in action due to injury.

Grace Zaadi, Camilla Ayglon, Alexandra Lacrabere (who injured herself during the first training session in Denmark), Siraba Dembelé, Laurissa Landre and Blandine Dancette will all be reinforcements to a French team, where several young players showed promising performances, though. Among those was  the19-year-old right back, Jannela Blonbou, one of the most interesting newcomers – but the right back position will not be Krumbholz´s biggest worry, once Ayglon and Lacrabere are back.

Chris – When you look at that list of absent players, it’s difficult to judge this week’s performances in relation to what we can expect come the end of November when the EURO begins.

The attack, which was hopeless at times, will be transformed by the return of Zaadi, Lacrabere and Dembelé in particular, while the lessons learned by the second and third string players will be very useful in the long-run for a squad which is likely to go through a period of transition once their home championship is history.

Peter – Based on what we saw from the French here in Denmark, Laurissa Landre was the player who the team missed the most. as Beatrice Edwige did not reach her usual level and Astride N´Gouan did not provide the answers coach Krumbholz´ was looking for at the offensive end.

There is at least one position that should not cause the French coach any concern: The goalkeeper position.

Laura Glauser seems to be well back on track after her maternity leave to form a perfect supplement to Amandine Leynaud – and if any of those two won’t be available, there still is Cleopatra Darleux who is more than ready to take her chance.

Chris – France’s defense wasn’t firing on all cylinders, but we did see glimpses of that terrifying center block and you can be certain that Edwige & Co will be in top form once the EURO comes around.

Glauser’s return to international handball was impressive and it will give Krumbholz a wonderful selection headache. It will be an almighty battle for court time between this trio of goalkeepers and that coupled with a ruthless defense and a home crowd will make life very difficult for each and every opponent.