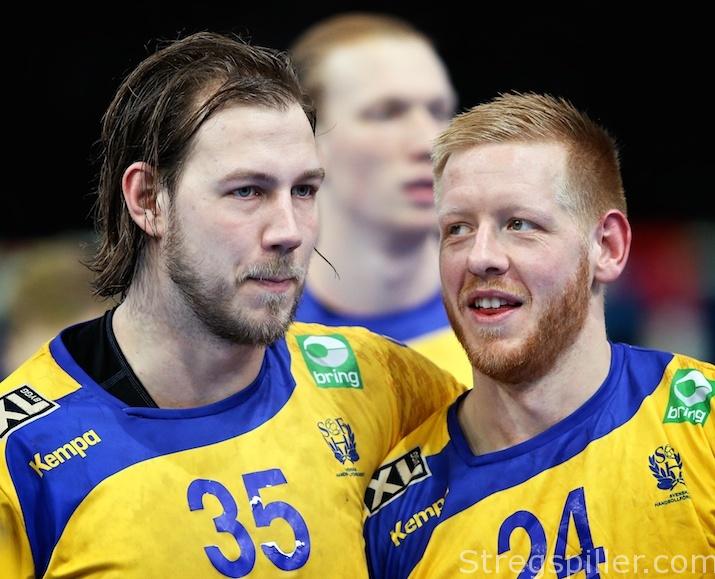 Sweden is surprising many experts, including former legends like Staffan Olsson, Magnus Wislander or Ljubomir Vranjes.  All of them are working for various television or radio stations as experts and are quite positive when it comes to what Sweden has „put on the table” at the World Cup in France.  I was able to talk to Jim Gottfridsson, a Vranjes’ player at SG Flensburg-Handewitt, about the team’s performance,so far in the competition and their development.  All of it seems to be heading into the right direction after subpar outings at last year’s EURO in Poland and the Olympic games in Rio.

You suffered a tough loss against Denmark on Monday.  Andreas Nilsson told me after the game that it was mainly Niklas Landin’s fault.  Who’s fault was it in your eyes?

JG: Obviously it’s always our fault first.  Niklas had a great game, absolutely outstanding.  I think in the first half he saved about 60 percent of the shots.  We just have to be more focused when shooting.  It’s a tough loss and very disappointing, but on the other side, losing by two against Denmark means we presented ourselves in a good way.  But it was our fault, we didn’t shoot well, we can do much better and we should.

So, generally speaking, you were satisfied with performance of your team against Denmark?

JG: Yes, I’m satisfied with the performance, but obviously not with the result.

What’s the difference compared to the tournaments in Poland and Rio last year – it seems like you’re on the right track now?

JG: Indeed, I think we are on the right track.  The things we talk about, the things we try to learn in training,  I like it.  Obviously we are still far away from the top, but we’re getting closer.  We found our way, which seems to be right and we will continue.

Is the pressure off?  Because you got some younger players on your roster – it looks like you just go out there to enjoy yourselves and care about the result later on?

JG: Obviously it’s a little bit easier for us with less pressure, especially against Denmark.  Everyone said that Denmark will beat us anyway so there was no pressure at all.  But let’s not forget that we have good players on our team as well.  Many of them are playing for excellent teams around Europe.  So if we have a good day and are on fire we can beat all nations.

The loss to Denmark – assuming they will win all remaining games – means that you will probably finish second in the group and Germany or Croatia will wait for you in the quarterfinals, if you make it there.  Were you able to see any games in anticipation of what’s in store down the road?

JG: No, not at all. We’re just focusing on our games, that’s enough.