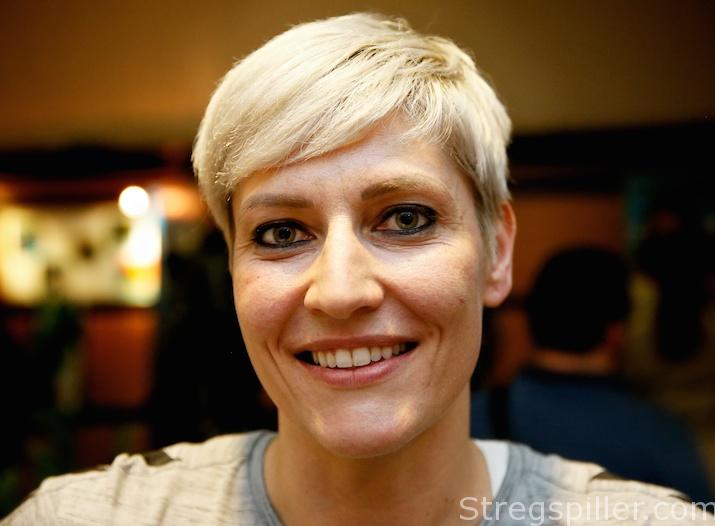 A great career is coming to an end

INTERVIEW – At the age of 34, Anja Althaus is calling it a day after this season. In this exclusive interview with stregspiller.com, she is looking back on a great career, which includes two Champions League titles among so many other accomplishments.

She is also reveals what her future will hold. It will not be completely free of handball.

Anja Althaus is facing the final curtain. After this season, they 34-year-old German line player will end her outstanding career.  The 2017 FINAL4 in Budapest will be her last big appearance on the handball court.

“I feel the time has come.

“My body is not really up to it any longer. I need more and more time to get through injuries, and that’s usually a sign that the time has come to quit,” she says without any bitterness.

“I have had a fantastic career and besides, I am also looking forward to the time after handball. To spend more time with my husband and to have a family,” says Anja Althaus.   Vardar Skopje will be her last club in a long and glorious career.

She is not leaving the country, though – at least not right away.

“For the time being, my husband, who is from Macedonia, and I are going to stay there,” she explains.

Apart from 238 internationals for Germany, her achievements also include two Champions League titles with Danish Viborg HK, in 2009 and 2010.

As a matter of fact, the stats of winning the Champions League are by no means final. Althaus together with Vardar still have the opportunity to succeed in Europe’s premier handball event on the club level, this season.

Winning the Champions League with Viborg was the best

She doesn’t hide that she remembers her time in Viborg with particular fondness.

“Winning the Champions League with Viborg in 2009 and 2010 were by far the two greatest moments in my career.

“We had a fantastic team in those years, and in general, I look back upon my seven years in that club with a lot of happiness.

“I made a lot of friends there, many of whom I still count among my friends today, she says – in perfect Danish, by the way. Even though, it has been five years since leaving Denmark, she certainly did not forget the language.

She even has her own Danish fan club.

“It is just wonderful that there are still Danish fans who remember me for my time there, and I meet them every now and then, when we play in different places around Europe.

“It was very nice to play in Ikast against FC Midtjylland in the Champions League quarter-final some weeks ago, where I met many of the great people from way back when.

Such moments really warm my heart!” says Althaus who also had numerous Danish supporters visiting her at the FINAL4 last year.

Finishing with a title would be fantastic

She admits to become a bit nostalgic when coming back in Budapest for her last FINAL4.

“Being here at another FINAL4, knowing that it is for the last time, obviously makes me a little melancholic. But of course, it also offers a chance to end my career with another Champions League title.

“I have not experienced that triumph since my back-to-back wins with Viborg, and of course, it would be fantastic to win the Champions League just one last time.

“That would be the perfect end to my career.

“It will be difficult but no impossible.

“We meet CSM Bucuresti in the semi-final, and I am sure we can at least do better than last year” (when Vardar lost 27:21, ed.)

“I feel that we are better than last year, and I hope you will all see that on Saturday afternoon,” says Anja Althaus who was born in Magdeburg, in the former German Democratic Republic. In Germany, she has represented Trier and Thüringer HC. This season is her third with Vardar.

Her perfect Danish indicates that she is a bit of a cosmopolitan who adapts easily to new languages and new cultures.

Is she going to become a Macedonian now?

“I do not know, time will tell.

“For now, my husband, whom I have met in Macedonia, and I are going to stay in there.

“We want a family, and I am going to finish my education to become a teacher.

“Besides that, I am going to work as a youth coach in Vardar.

“I am not leaving handball completely.