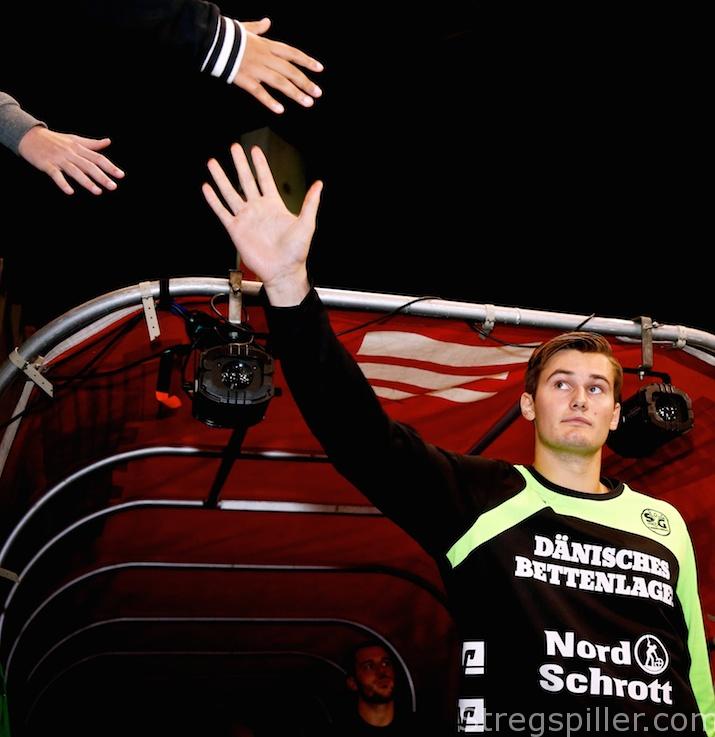 German and French teams cleared the table in the sixth round of the Men´s Champions League, while Poland´s two representatives suffered further defeats and both are in trouble with regards to their prospects in the tournament.

Match day number six in the 2017/18 Champions League was a good one for German and French handball clubs.  All three German teams won their matches, even though two of them were facing tough opponents on the road.  Both French teams in Group A and B also succeeded in their matches.

For a while, this match looked like it would end up being the surprise of the week.

Kielce´s 5-1 defense formation confused PSG to such extend, that Kielce were leading 12:9 early on.  But already before half time the home team managed to reverse course, and during the second half, the favorites simply cruised towards a clear victory.

PSG did miss Luc Abalo and Daniel Narcisse, but it was no real handicap to the host.

In Abalo’s absence, Benoit Kounkoud performed brilliantly on right wing, and because Mikkel Hansen, Nikola Karabatic and Sander Sagosen did the expected, Narcisse was not missed either.

Nedim Remili had another outstanding game (7 goals) and so had Thierry Omeyer saving 40 percent of all shots coming his way.  As mentioned before, in the second half Paris was in complete control of the affair.

A series of fast break goals increased the host’s lead to nine (30:21), but as on several occasions before, Paris lost steam towards the end of the match, and the Polish champions were able to make the result a bit more acceptable from their point of view.

PSG are still keeping up with Veszprém at the top of the group, trailing the Hungarians by one point, while Kielce’s future looks decidedly more gloomy as the club sits in sixth position with only four points after six matches.

Rhein Neckar Löwen recorded the most goals in round six; in their away win vs Hungary’s number two team – Pick Szeged.

Nikolaj Jacobsen just loves to play seven against six – at least in his job as head coach of Rhein-Neckar Löwen. As Denmark’s national coach, he has been more reluctant with this tactic, so far.

On Sunday evening, he practiced it during the entire 60 minutes, and it brought him and his Lions success.

In the past, Rhein-Neckar Löwen often had trouble with Szeged, but not this time.

The German champions were in control from the start, and after an early 4:1 lead, they did never looked back.

Jacobsen could even afford to rest some of his key players such as Gudjon Valur Sigurdsson, Hendrik Pekeler and Patrick Groetzki against an unusually tame Szeged team.

Löwen’s victory was far more secure than the final result indicated. The visitors were leading by eight goals several times in the second half before allowing the home team to score the last five goals of the match.

Surprise of the Week

Before the start of the 2017/18 Champions League season, I would not have thought, I was going to call a Kiel win in Brest a surprise.

However, considering a number of Kiel´s shaky performances in the Champions League as well as in the Bundesliga, and the fact that they were missing Niclas Ekberg as well as Lukas Nilsson, their victory against Meshkov had to be characterized as such.

Kiel’s comeback from a two-goal deficit at half time to a four-goal lead was just as impressive, as their wobbly finish, when Brest almost caught up in the end.

With his many great saves, Landin was a deciding factor in THW Kiel´s 25:24 win against Meshkov Brest, he played a crucial part in securing Kiel´s first points while on the road in the Champions League this season.

Debutant of the Week

He did not get the opportunity to make much of an impact in his first appearance for Barcelona in their 32:22 win against Zagreb. In fact, Barca would have won just as big without him – still, it was good to see Aron Palmarsson back where he belongs – in the Champions League.

The shenanigans ahead of his premature transfer to Barca do not make him any less welcome on the big stage again, and he did provide some samples of how valuable he eventually will become for his new team.

Record of the Week

That was as long as it took for Matic Suholeznik (Celje) to collect a red card in Wednesday’s match against Flensburg.

No doubt – his assault against Holger Glandorf warranted a red card, and the two Danish referees Mads Hansen and Martin Gjeding did not hesitate to make the tough call at such an early point in the game.

Those who planned the fixtures for the group phase really had a lucky hand, as we can look forward to two top matches this coming weekend.

Group B will showcase “Match of the Week”, where second placed PSG will receive Veszprém who are just one point ahead of the French side.

In Group A, FC Barcelona will take on number two, Rhein-Neckar Löwen – just one week before the German champion will face the 2017 Champions League winner, Vardar Skopje.