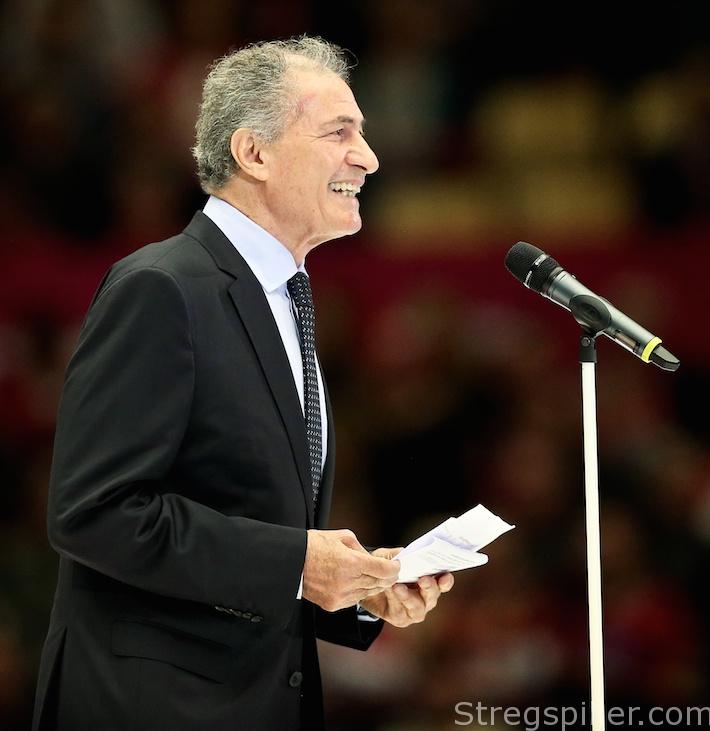 Greed and politics cause German TV-blackout

It happened – finally, some may say. For the first time in history there will be a TV-blackout in Germany, no live broadcast from the 2017 Handball World championship in the most important television market in continental Europe. DKB, a German online bank, has acquired the rights to the tournament and will stream up to 50 matches via internet with the technical assistance of YouTube.

So how could it happen that the most influential handball market for sponsoring can’t watch games live on TV?  Ultimately, they have to “thank” the IHF leader, president Hassan Moustaffa, who increasingly turns handball’s top governing body into a version of Sepp Blatter’s FIFA.  He’s the second-longest reigning president in the history of the federation and it seems impossible to discharge him of his duties.  Just as with FIFA, there are allegations and rumors of corruption at the IHF, involving the president. Is it true?  It’s certainly difficult to establish proof.

What we do know is that Moustafa took his position at the helm of the IHF in 2000, 17 years ago!  Should one person leading a sports organization for such a long period of time?  Personally, I have my doubts.  Statutes, internal policies, and regulations at international sport governing bodies are not designed with transparency and accountability in mind.  The IHF is certainly no exception to this “rule” and in urgent need of true reform.

It’s also known that Moustafa is a smart man.  Yet, when he caused the sale of TV rights to the World championship tournaments to beIN Sports/Al Jazeera, for a record-setting 100 million Swiss Francs (including licensing fees and production cost), promoting the sport of handball wasn’t the first thing he had in mind.  For sure, that kind of money could have been used for marketing, improving the game, reaching a larger audience, or maybe paying more money to the people who really advance handball’s cause. Instead of doing all of it, the IHF just got richer and so did president Moustafa.

Another part of the truth is that nobody else steps into the ring, to challenge the man they call “Pharaoh”.  They know why, they don’t have a chance.  And handball, compared to football, is just too small to get broad attention, never mind the world’s attention.  I would not be surprised if he will be elected for another term in the summer, when the broadcasting rights will be tendered once again.  Will Moustafa focus on advancing the sport or on revenue maximization by the time new offers will be solicited?  I have no illusions of what his preference will be.

Coming back to the headline topic – beIN Sports paid a lot of money, mainly to acquire the rights for the 2015 World championship in Qatar, their home base, and the upcoming tournament in France, their main-market outside Asia and North Africa.  I can see their point in not allowing German free-TV channels to show the matches.  Without encryption, the video signal would reach viewers across Europe.  In the end negotiations broke down, including Pay-TV – Sky channel was able to step up in 2015, when the World Cup was hosted in Qatar, in the very last minute.

German media, especially the officials of public TV-channels ARD and ZDF, complained heavily about the decision to sell the rights to a sponsor, a novelty in Germany.  But it’s the choice and policy of ARD and ZDF to make their program widely available, unlike public TV channels in Austria or Italy.  Instead of complaining they either have to adapt to the rules or you have to deal with the consequences of not doing so.  Why should there be an exception for the German market?

Crying foul now isn’t helping the sport at all.  It’s also not a good idea to criticize a product that nobody has seen so far.  Yes, Germans won’t have TV-like quality when watching the matches in France 2017.  But at least DKB stepped up, so that people will be able to see the games at all.  Therefore, thank you DKB and its team for advancing and promoting the sport of handball, something the IHF, Mr. Moustafa and publically financed TV-channels in Germany failed to do.