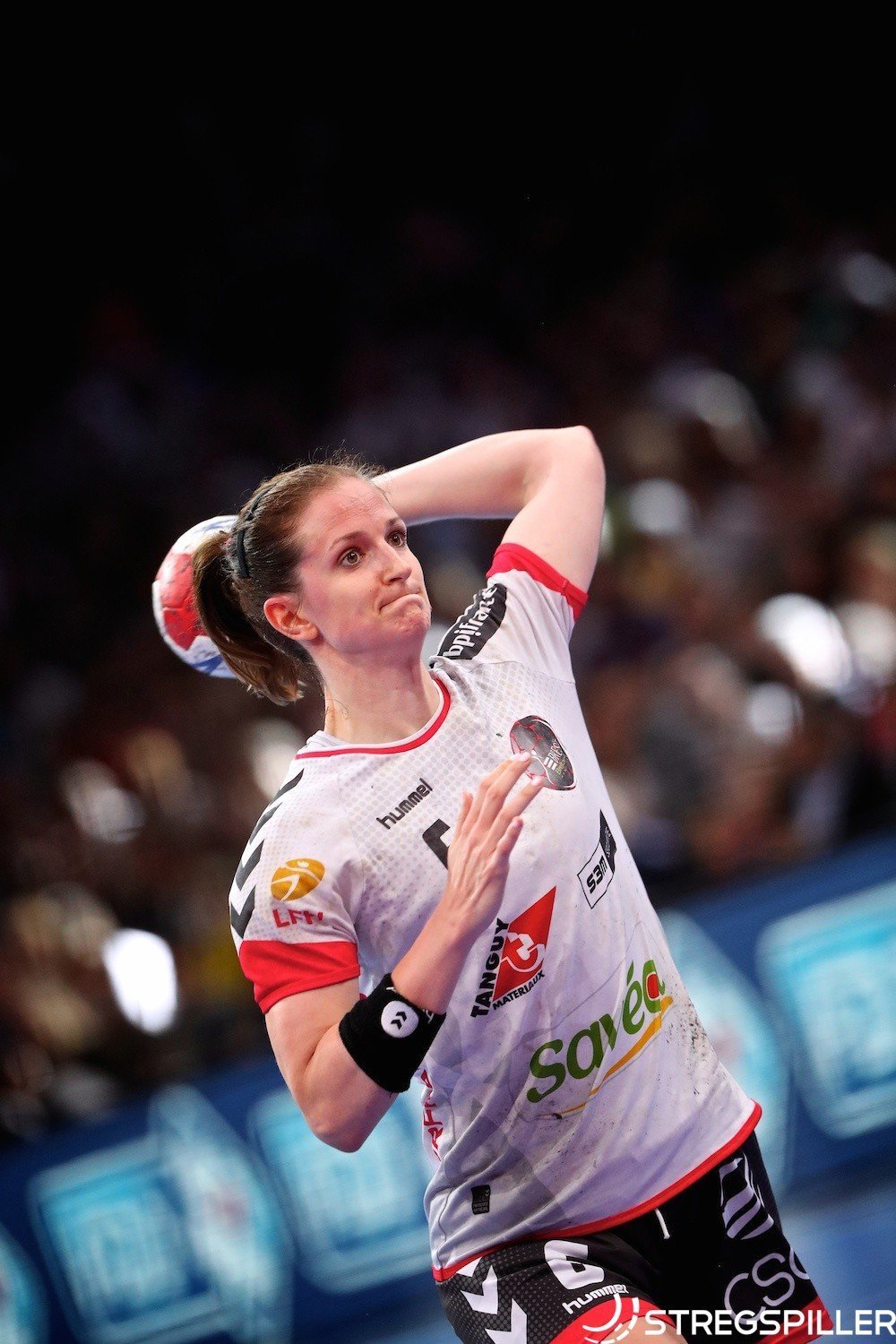 Following the Champions league loss at home against CSKA Moscow, a week ago, Brest was looking to reverse course even without the injured right-back, Monika Kobylinska.

Odense on the other hand, had the chance to climb on top of Group B with a win at home.

In the second minute Odense scored the equalizer, but it went downhill from there.  The visitors from France took complete control, benefiting from a harmless Odense backcourt and another spectacular performance of Ana Gros, scoring 14 times on 15 attempts, while goalkeeper Sandra Toft (Brest) made sure she and her teammates would leave as the winning team.

Odense began with Nycke Groot on the right back position and Helena Elver acting as playmaker, a decision that did not pay dividends.

Only when La Cour took to the court (12th minute) and Groot directing the offense, did Odense’s game become a bit more structured.  Unfortunately, at that time Brest had already created a 5 goal margin, and Tess Wester (Odense) made place for Althea Reinhardt after a subpar performance in goal during the opening phase.

Still, towards the end of the first half the Danes managed to cut the deficit to four, courtesy of an agile Helena Elver.

Ana Gros continued where she left off, extending Brests’ lead to six goals, effectively deciding the match before the 35th minute, while Sandra Toft maintained her strong performance in goal.

Except for penalty shots, Odense’s backcourt lineup were unable to score from distance during the entire second half!  Certainly not enough to force a turnaround against one of the top teams in the DELO EHF Champions League.

The Danish team appeared to harmless and passive against an aggressive Brest defense, who seized the advantage early on. By the time, Odense’s coach, Ulrik Kirkely, made the necessary adjustments in his backcourt, the match had moved out of reach.

Add to it the exceptional performance of Gros and Toft on the other side and the story of this Champions League afternoon in Odense is told.

Ana Gros! Once again the Slovenian right-back proved to be unstoppable and showed a stunning performance, demonstrating her exceptional skills as one of the best shooters in women’s handball.

A. Gros (Brest): “This match was important for us to bring back the team spirit after the loss against CSKA.  Today, my teammates put me in a good position to shoot.”

K. Larsen (Odense): “It was a tough match today.  We should have defended her (A. Gros) higher.”

The DELO EHF Champions League will take a two week break before hitting the court on November 7/8 once again.

At the time, Brest will host Podravka Vegeta  (Nov. 7th), while Odense will travel all the way to Moscow (Nov. 8th) to face the team of Danish coach, Jan Leslie if Covid-19 won’t require any last minute adjustments to an already fragmented match schedule.