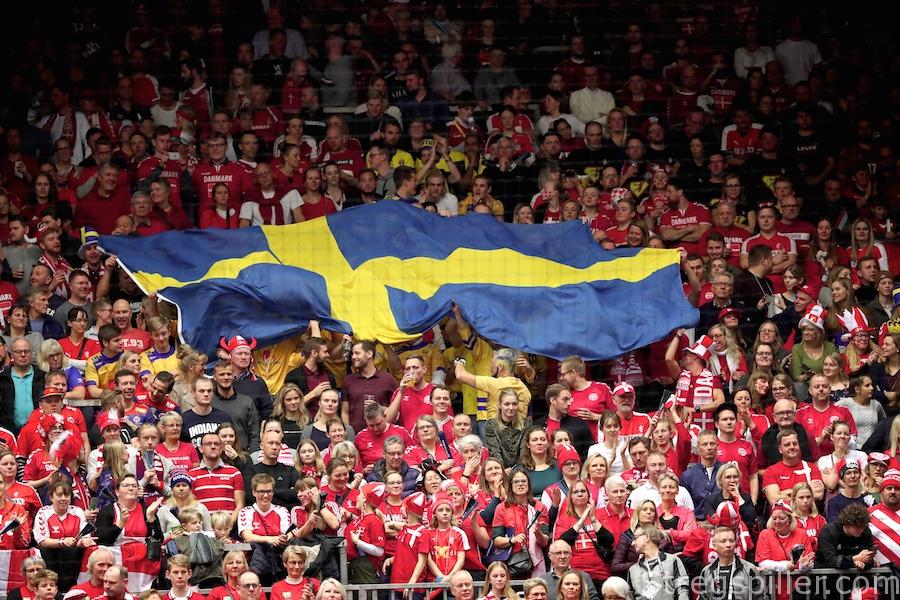 PREVIEW – Letting Denmark play their preliminary- and main round games in Malmö was a great idea from an organizer´s point of view, as the arena will be flooded with Danish fans.

From the Swedish perspective it looks like a shot in the foot, as “Tre Kronors” will be playing their main round matches “on the road” despite being at home.

From the outside it looked obvious to let Denmark play their preliminary- and main round matches in Malmö, as it would guarantee plenty of Danish spectators crossing Øresund.  Certainly, the organizers couldn’t be accused of handing out favors to the host nation.

If Sweden qualify for the main round – which will happen beyond any reasonable doubt – they will be playing handball in a hostile environment, as the vast majority of tickets were sold to Danish supporters some time ago.

For now, Sweden won’t get into much trouble before heading down south, as Slovenia seem to be the only opponent who can offer some real resistance. Poland and Switzerland are not strong enough and with the backing of 10,000 -12,000 spectators at Gothenburg’s Scandinavium, Sweden will go through as group winners.

Usually, it’s a delight to follow Slovenia in major tournaments and this time it will be even more interesting after Ljubomir Vranjes took over as head coach.

Leading Slovenia in his homeland will be a great experience and even greater challenge for “Ljubo” – no doubt Slovenia are better off with him than they were with his predecessor.

Vranjes may be less “entertaining” than Veselin Vujovic, but who really enjoys his show?

Even without Marko Beszak and Matej Gaber, Slovenia look like the  runner-up behind Sweden.

Switzerland will almost entirely rely on the skill set of Andy Schmid, while Poland  lost to Spain´s “B-Team” in their most recent test matches.  Enough said.

For the two teams that will emerge from Group F, the main round group will produce more than sufficient challenges.

Not only will high-profile opponents like France, Denmark and Norway be waiting, but Arena Malmö will feel like home for… Denmark.