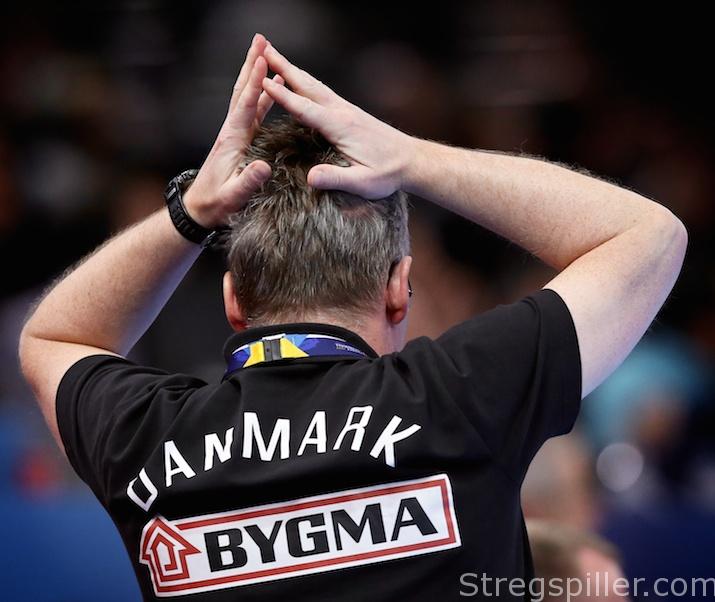 Gudmundsson and Denmark – an unhappy match

With these words then national coach, Ulrik Wilbek, opened a press conference the day after Denmark had qualified for the semi-finals at the European championship in 2014.

If these are the standards for measuring national handball coaches, Wilbek´s successor Gudmundur Gudmundsson caused three “catastrophes” in his less than three years, in Denmark’s hot seat.

In light of this track record, it is no surprise that he is now part of Denmark’s handball history.

Winning Olympic gold in Rio 2016 was the finest achievement of Denmark´s handball men ever.  But in the public mind, it did not compensate for the failures at the three previous major tournaments.  And following Denmark´s disastrous performance at the World Championship in January, Gudmundsson´s days as national coach were numbered.

Yes – it has been a fact for quite some time that the 56-year-old Icelander was going to step down upon expiration of his contract this summer.  However, after a 10th place in France, it was widely anticipated that his departure would come sooner.

Gudmundsson’s dismissal was not announced as a “firing” exercise.  You can hardly sack a man less than a month after the queen honored him with one of the country´s highest distinctions – the Dannebrog Order.

But no matter what, it marked the end of a working relation, that never was a happy one.  Not even when gold was won in Rio.

Of course, it was not that Gudmundur Gudmundsson has been a bad coach.  His achievements in his previous jobs speak for themselves.

There were other reasons why he never became a true success in Denmark.

It is never easy to work in a job, where your predecessor, now your boss, is breathing down your neck, as Ulrik Wilbek did as new sports director of the Danish Handball Federation, DHF.   There is no doubt that this was a major problem for Gudmundsson, in addition to a bad start with the players.

Gudmundsson has always been known as an extremely thorough coach, to whom every little detail in the game mattered.

Lengthy video sessions, feeding plenty of information to his players were new to the squad who were used to the methods of a more impulsive Wilbek.

It is always easier to adjust to new ways of doing things, if success follows suit.  But Denmark’s players never got that feeling.

Their first real challenge under Gudmundsson ended in a disaster.

In their opening match at the 2015 World Championship in Qatar, Denmark were meeting Argentina.  Everything went according to plan for the first 40 minutes.  The Danes were leading by seven goals.

Then Gudmundur Gudmundsson began substituting his key players and in the end, the scoreboard displayed a 24:24 draw.

That result was not only a blow to Denmark’s self-confidence, it kept haunting them for the rest of the tournament, as it led to a much tougher run in the knockout stages than it would have otherwise.

Given such circumstances, people forgot that only a last second goal from Joan Canellas sent Denmark out of the quarter-final after a 25:24 defeat against Spain.

Denmark finished fifth in Qatar, only one game short of a “national catastrophe”.

One year later, things turned from bad to worse.

At the European championship 2016 in Poland, Denmark needed one victory from their last two main round matches against Sweden and Germany, to reach the semi-final.

With two and a half minutes left, the Danes were leading 28:25 against Sweden – only to see the Swedes catch up and get a 28:28 draw.

Denmark could still make the semis with a win against Germany, though.

The so-called “Bad Boys” did not play a particularly good game, but good enough to make use of a Danish goal drought in the last seven and a half minutes to change a 21:23 deficit into a 25:23 success.

A further defeat against an otherwise disappointing French team, in the match for fifth place, and several Danish media representatives demanded the firing of Gudmundsson, as did some of the players, reportedly.

He stayed on and qualified Denmark for the Olympics and the 2017 World Championship.  The accomplishments gave him peace – for a while.

What happened in Rio did not stay in Rio

We will probably never know exactly what happened behind the scenes during the Olympic tournament in Rio, but what we do know is that things got pretty turbulent.

Evidently, Ulrik Wilbek held one or two meetings with the players or groups of players, when a possible sacking of Gudmundsson was mentioned.

We also know that the events in Rio were so serious that Wilbek had to resign from his position as sports director with immediate effect, after returning to Denmark.

He would be able to work more freely, and the Olympic gold would give him the necessary credit with the players and media alike.  As we all know by now, this was not the way it turned out.

The relations between Gudmundsson and the players were still far from being warm and fuzzy, and the same held true for the relationship between the coach and his employer – the DHF.

It was no surprise when news broke back in November that he was stepping down upon contract expiration in the summer of 2018.

Actually, who made the decision at that meeting, Gudmundsson himself or the DHF, remains unclear until this day.  But it became apparent if it wasn’t obvious before that the match between Gudmundur Gudmundsson and Danish handball never became a happy one.  The most recent disappointment, the 10th place at the World Cup in France, only sped up the divorce.

Now, Nikolaj Jacobsen gets the chance to take over earlier than expected.

The former national left-wing was scheduled to assume his duties this summer but now he will be in charge already for the European championship qualifiers in May and June.

Jacobsen has all it takes to become an instant success.

If he can only manage two demanding tasks at the same time – being head coach of Rhein-Neckar Löwen and the Danish national team – Nikolaj Jacobsen ought to become the savior, Gudmundur Gudmundsson never was.