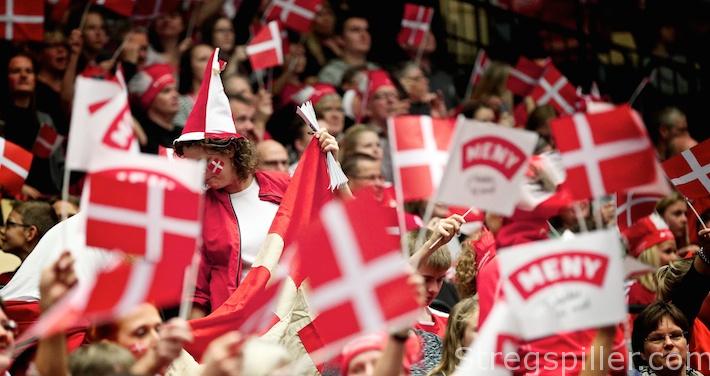 COLUMN – Gudmundur Gudmundsson has been criticized for not living up to his predecessor (Ulrik Wilbek’s) results – but are Danes judging the Icelandic coach too hard?

With those words, Ulrik Wilbek opened the press conference one day after Denmark had qualified for the semi-final of the European championship 2014 on home ground.  The championship was Wilbek´s last one as Denmark’s national coach.

It was also the last time the Danes managed to qualify for a semi-final at a major competition.

The two championships that followed since then – the 2015 World Championship and the 2016 European championship – have both ended in a “national disaster” – to use Wilbek´s words and with Gudmundur Gudmundsson in charge.

Of course, it has not been a simple task for the 55-year-old Icelandic to follow in the footsteps of legendary Wilbek, and his job has not been made any easier by the fact that the very same Ulrik Wilbek – as sports director – is now his boss.

In Wilbek´s favor, it must be mentioned that he has not been breathing down Gudmundsson´s neck, following the disappointing results.  To the contrary, he has provided Gudmundsson the necessary space to develop into Denmark’s national coach in his own right.

But how well did Gudmundur Gudmundsson make use of such freedom?  According to several Danish media outlets, there still is considerable room for improvement.

Public criticism was severe after Denmark’s catastrophic result, in Poland, in January of this year and many predicted that Gudmundsson would be sacked, in case of Denmark failing to qualify for the Rio Olympics.  As is known by now, Denmark qualified and managed to benefit from home court advantage.  Consequently, speculations about Gudmundsson´s immediate future calmed down – at least for a while.

But was the early criticism fair, and how secure is Gudmundsson in the job right now?  First, let’s take a look at the Danish team´s performances since he took over the job from Wilbek in the spring of 2014.

Argentina and Canellas in the way

Gudmundur Gudmundsson´s first test, as Danish national coach, was the 2015 World Championship in Qatar – and his opening performance turned into a miserable one.

Denmark started into the tournament against Argentina.  A match, that turned out to be the expected walk in the park for the Danes – until the middle of the second half.

At that point – Denmark was leading by seven goals – Gudmundsson began substituting all key players – with the result that Argentina came back, recording a sensational 24:24 draw.

After that match, the first critical voices of Danish journalists as well as fans were heard, all the way from Denmark to the Persian Gulf.

It would not get any better after another draw – this time against a German squad that had only made it to Qatar because of a wild card from IHF president Hassan Moustafa.  Certainly, the German contingent was not ranked amongst the favorites in the tournament.

Still from then on, the Danish team seemed to be back on track, finally.  Russia and Poland were defeated in the remaining group matches; so was Iceland in the eighth-final – and coach Gudmundsson could hardly be blamed for Joan Canellas´ last second goal that secured a Spanish 25:24 victory in the quarter-final.

Following the loss, the Danes defeated Slovenia and Croatia without any problems in their placement matches, while finishing fifth and Denmark’s handball population found it easier to forgive Gudmundsson for this particular “national disaster” than they might have otherwise.

Team Denmark had no problems in the qualifiers for the 2016 European championship – it could hardly be expected against the likes of Belarus, Bosnia and Lithuania – and the men of coach Gudmundsson opened the championship in Poland, in style.

They won all the preliminary contests – against Russia, Montenegro and Hungary – and opened the main round with an impressive 27:23 win against Spain.

Now, all they needed was one more victory in the last two games against Sweden and Germany to be ready for the semi-final.

It could not possibly go wrong.  But it did.

Despite leading 28:25 against Sweden with less than three minutes left to play for, the Danes “managed” to throw away one point, when Mattias Zachrisson equalized the score in the dying seconds of the game.

But Denmark still had one more match point – against Germany’s “Bad Boys”.  Once again, the Danes seemed to have a solid grip on the match.  After changing leads along the way, Denmark was ahead 23:21 with seven and a half minute left on the  clock.  At that point the Danes stopped scoring.  The Germans did not.

Dagur Sigurdsson´s men scored the last four goals of the game, winning 25:23, causing yet another “national disaster” for Denmark – a poor performance, that was completed by a 26:29 defeat to France in the match for fifth place.

After the return from Poland, public criticism about Gudmundsson’s future intensified, and several media commentators were speculating about the possible dismissal of the Icelandic coach, in case Denmark would not manage to qualify for the Olympic tournament in the summer of 2016.

It is a well-known fact by now that Denmark did make it to Rio – although not exactly in convincing fashion.

A 28:24 victory against Croatia was “convincing” – at first sight.  However, the fact that the Danes were close to surrendering a six-goal lead along the way, revealed a certain lack of stability.

And a 25:25 draw against Norway – only a magnificent save from Niklas Landin in the last seconds of the game secured a point for Denmark – was later evaluated as “just acceptable”.  Finally, a narrow win against Bahrain made it all clear for the Danes.

All in all, the accomplishment was good enough to silence criticism towards Gudmundsson, and no such voices were heard, when Denmark qualified for the 2017 World Championship in France after recording two decisive victories against Austria, in June of this year.

They are judging him too hard

So far Gudmundsson has not been able to live up to the achievements of Wilbek.  But does that automatically mean that he is a less effective coach when compared to Wilbek?

He is a different coach – a more analytical coach and a coach who pays attention to every little detail of the game.  Obviously, the players on the national team needed – and some may still need – some time to get used to his ways of playing handball.

Frequently, Gudmundsson has been accused of not reacting fast enough in games, where things have gone against his team.  That may be true in some cases, but it is – no doubt – compensated for by the many matches he has helped winning because of his meticulous preparation.

His analytics are brilliantly illustrated by the words that he told Danish TV2 after Denmark´s recent test match against Brazil (26:26) in Kolding:

Such words you would have never heard from Ulrik Wilbek in the first few minutes after a game of handball.

Having said that, it does not mean that any of these two men is a better coach than the other one.  It only shows how different they are.

An important aspect, that has to be taken into consideration, if you want to compare Gudmundsson´s performances with the ones of his predecessor, is the player material the Icelandic has at his disposal.  After the 2014 European championship, key players like lineplayer Michael Knudsen and playmaker Thomas Mogensen said “good-bye” to Denmark’s national team.

Mogensen and Knudsen, with all their skills and experience, are not easily replaced, and this fact alone makes it unfair to draw any direct comparisons between Wilbek´s and Gudmundsson´s work.  Therefore, it begs the question, if any coach could have done better with the Danish national team in the past 18 months, than Gudmundsson has?

For obvious reasons, we will not get the answer.

What to expect in Rio

However, as Danish national handball coach, part of the job is being judged all the time and Gudmundur Gudmundsson was well aware of this when he accepted the job.

His next test will be the Rio Olympics that will start next weekend.  In Brazil, Gudmundsson will have no problems living up to Wilbek´s accomplishments.

Wilbek – coaching the Danish team during  2008 and 2012 Olympics – did not take Denmark any further than the quarter-finals. In fact, Denmark never seems to play well in the summer time.  A fourth place in Los Angeles 1984 – the games were boycotted by most of Eastern Europe for political reasons – is Denmark´s best Olympic result to date.

Still there is little doubt, that Danish media will be demanding Gudmundsson´s “head on a plate” if Denmark should fail to proceed from group play in Rio.  Luckily, it is not going to happen.

Even though Denmark’s results and performances in their test matches have been a bit inconsistent, they will have no problems finishing among the top four teams in their group, consisting of France, Croatia, Qatar, Argentina and Tunisia.

And when Denmark reaches the Olympic quarter-finals, Gudmundur Gudmundsson will be allowed to continue his work in peace and quiet towards the next World Championship in France, in January 2017 – even in case of another “national disaster”!