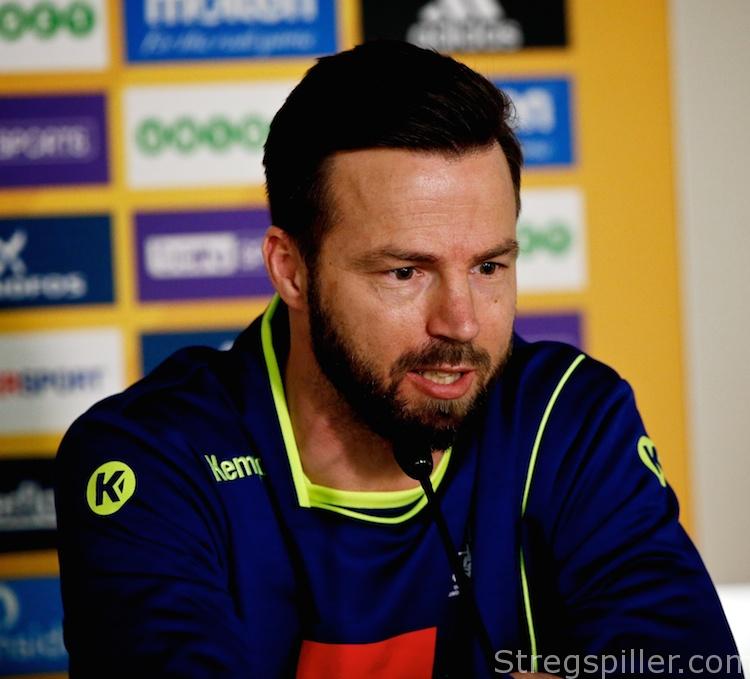 INTERVIEW – Sweden´s most important handball player, Isabelle Gulldén has recovered from the injury to her calf, but the question remains if she can find her form in time before EURO 2018 kicks into high gear.

National coach, Henrik Signell, is confident and believes that another semi-final appearance is not entirely out of the question.

If Henrik Signell was the type of coach who’s easily worried, he would have plenty of other concerns these days.  For example, left back, Johanna Westberg, won’t be available for the European championship due to “personal reasons.”

And, goalkeeper Johanna Bundsen has not been playing for her club team since she took a shot to her face, in the Champions League match in Rostov-Don, on November 3rd.

“It’s unlikely that her participation in the tournament will be jeopardized,” explains the coach.

And then there is Isabelle Gulldén.  The playmaker, who is absolutely essential to any Swedish success, has recovered from the injury, she sustained in a Champions League match, mid-October.

She saw her first few minutes on the court this past weekend, when Brest lost 30:24 in Rostov.  A few minutes in the first half are obviously not enough to judge her current form, but the fact that Brest’s coach, Laurent Bezeau, did not keep her on the floor must be understood as a somewhat precautionary move.

“I have not set any objectives depending on whether Bella is available or not or what form she is in.

“However, I do see a chance for us to repeat our achievement from the 2017 World Cup and reach the semi-finals again,” Henrik Signell tells stregspiller.com.

“In fact, last year we were disappointed after finishing fourth and not getting any medal – we very much would like to do better this time.

“However, this European championship is so strong that almost all teams have a chance to reach the semi-finals.  It very much comes down to “hitting the day” and continue doing so in every match,” says the 42-year-old, former playmaker, who now can concentrate on coaching the national team after stepping down as head coach of IK Sävehof, in the summer.

His team has been drawn to Group A, in Nantes, where a Scandinavian derby versus Denmark will be the first match on schedule, followed by games against Serbia and Poland.

“We beat Denmark in the quarter-final, at the World Championship, but we certainly cannot be assured of doing so again, as we are well aware of how strong the Danish team really is.

“Serbia is another opponent we know very well from our qualification matches for this competition. We lost big on the road and, likewise, we succeeded big time when we played them in Sweden.  They truly are a very unpredictable team.

“I also noticed that Poland did very well at the Golden League, in Denmark, earlier this fall.  There is no doubt that they are a team in progress.

“All in all, I would say that this is a very evenly matched and very tough group and it’s impossible to pick a favorite in advance,” finds Henrik Signell.

Looking past the group phase, Sweden can expect to meet the World champion from France as well as the reigning Olympic champion, Russia, and probably Montenegro, in the main round.

“There is no doubt that our road to a possible semi-final will be a very difficult one, as there are some really strong teams on our side of the bracket.

“It just shows the importance of doing well right from the start, as it is not only a question of qualifying for the main round, but to take as many points as possible to the next stage of the competition.

“Of course, we always aim to win every game we play, but given these circumstances it makes it so much more important,” says Henrik Signell who will get a good impression of his team´s form curve, when Sweden faces Montenegro in two friendly matches this upcoming weekend.