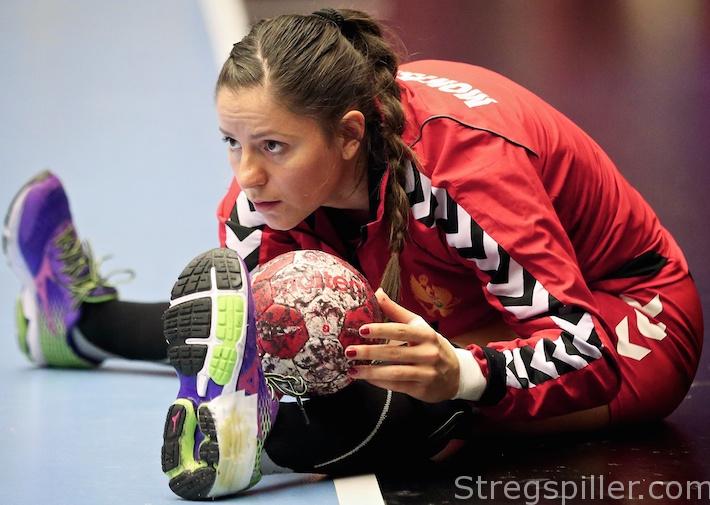 Following Saturday’s opening matches in the Women´s Champions League main round, Group 2 remains wide open.  Gyor Audi ETO KC caught up with Buducnost at the top of the standings through a deserved 22:20 win at home, while HC Vardar moved closer to the two top teams, when they won a thriller at home against the Champions League debutants from CSM Bucuresti, 22:21.

MATCH OF THE GROUP

Ruling Champions League winner Buducnost was sitting alone on top of Group 2 (seven points) while Gyor and CSM Bucuresti were sharing the number two spot; both clubs with five points.  Gyor entered the fight handicapped, missing several injured, key players (i.e. Anita Gorbicz and Zsuzsanna Tomori).  Fortunately, Norway’s freshly minted World Champion Ida Alstad (she had joined Gyor from Byasen Trondheim on short notice) was able to make her Champions League debut. During the week, another Norwegian champion had extended her contract with Gyor for another year.  Heidi Loke decided to stay in Hungary for one more season.

It took Gyor a long six minutes to score for the first time, but as soon as Nycke Groot hade made the goal, it kicked-off a first half dominated by the home team.  The Dutch silver medalist of the 2015 World Championship also arranged for the 2:2 equalizer and for the rest of the first half, Gyor had the upper hand.  The aggressive and flexible defense became an ongoing problem for Buducnost.  The most controversial incident took place 22 minutes into the match, when Buducnost’s coach, Dragan Adzic allegedly pushed Gyor’s back-court player Eduarda Amorim to the floor. However, neither referees nor EHF officials could confirm foul play and the incident had no consequences.

Gyor started the second 30-minute period of the game, where they left off before the break.  This time, it was Buducnost´s turn having problems to score the first goal, while it did not take the hosts long to double their half time lead to four goals at 15:11.  Eventually, Gyor extended the lead to five goals (19:14), before the visitors managed to reduce the deficit a bit.  Towards the end of the encounter, Buducnost decreased the margin of difference to two goals (21:19), but when Katarina Bulatovic was sent off with three minutes remaining the game was decided.

Four days before Christmas Eve, she lifted the World Championship trophy in Denmark together with her Norwegian teammates.   This Saturday, she played a major part in Gyor´s crucial win. Kari Aalvik Grimsbø was outstanding in goal throughout the match. Nycke Groot and Heidi Løke showed a brilliant performance as well but Grimsbø carried the team.

As always, the home crowd in Gyor’s Audi Arena was the “extra player” in support of the home team.  This time, there were 5,220 of them – and they made sure their voices were heard.

Gyor and Buducnost are now sharing the lead in Group 2 with seven points each but because of their win, Gyor sits on top of the table.  Buducnost has come to realize that the squad is in trouble when Katarina Bulatovic and Cristina Neagu do not reach peak performance.  Although, they combined for eight goals, neither player reached potential this Saturday evening in Hungary.

Having lost four points already during the group phase, Vardar was under pressure ahead of the game in Jan Sandanski Arena in Skopje.  The Romanian visitors and Champions League debutants were in a somewhat better position, listing one more point than their adversaries before the meeting between the two Danish coaches – Jan Pytlick (Vardar) and Kim Rasmussen on Bucuresti’s bench.  However, CSM was handicapped and without right back Line Jørgensen.  The Danish international had undergone knee surgery just before New Year.  The other right-back, Deonise Fachinello, had joined Brazilian teammate, Barbara Arenhart, at Danish club Nykobing Falster.

The two teams traded the lead several times as both sides managed to catch up with three goal deficits.  Bucuresti got off to the better start and was leading 4:2 and 6:3, before Vardar turned their game around getting ahead by 9:7 and 11:8.  At the end of the half the score was even.

The remaining thirty minutes turned into a dramatic spectacle.  Once again, the two sides took turns leading the match, but this time the margin of difference was never larger than one goal – at least until the 53rd minute.  With six minutes left, Slovenian right back Barbara Lazovic gave Vardar their first two-goal advantage at 21:19 and when Anja Althaus made it 22:19 three minutes later, the game appeared to be the decided.  Still Bucuresti managed to get back once again.  Brazilian international Ana Paula Rodrigues – who will be joining Danish club HC Odense after this season – reduced the score to 22:21 with 1.5 minutes to play.  But Vardar managed to hold on to their one-goal lead and celebrated a critical win that will keep their quarter-final hopes alive.

Despite of not leaving a convincing impression, Vardar boosted their chances to qualify for the quarter-finals considerably.  The Macedonian champions are now in third place and only one point behind Gyor and Buducnost who share the top of the table.  It is far from being over for Kim Rasmussen´s team, though.  With five points in fourth position, the ambitious club from Romania remains in striking distance.