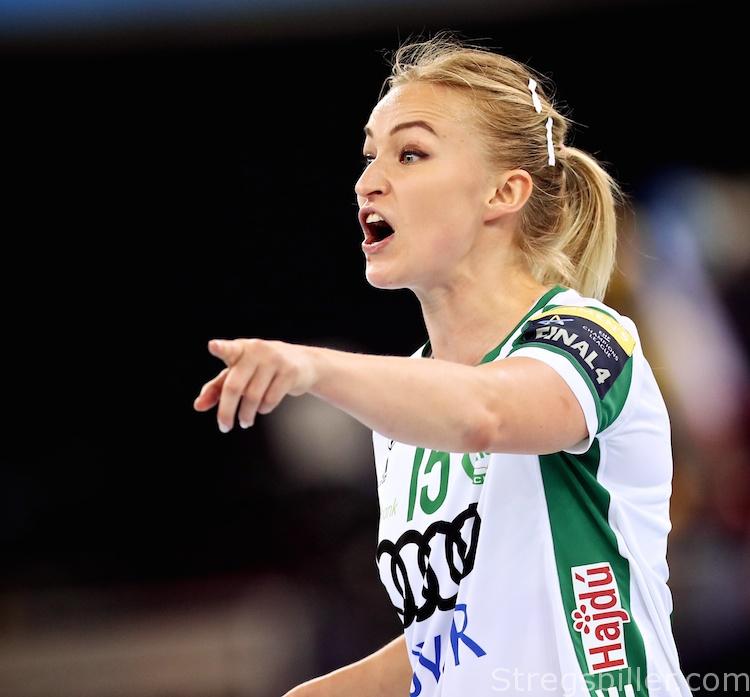 stregspiller.com – MATCH OF THE WEEK PREVIEW –  On Saturday, in the main round of Group 2, Györ Audi ETO can seal first place with a road win against CSM Bucuresti.

The meetings between the two giants in women´s handball have turned into classic encounters, not the least because of CSM´s dramatic 29:26 win after penalties in the 2016 Champions League final.

Saturday’s match will be the 10th time, the two clubs clash in the Champions League.

Györ won seven of the previous nine games, while the victory in the 2016 Champions League final was one of CSM´s two victories, thus far.

On January 26th, Györ won the first game (36:27) between the two teams in the 2018/19 season, at home. It was CSM’s largest defeat in their four-year Champions League history. In case of another win, Györ will secure 1st place even with two matches left to play.

CSM will take to the court without left back Cristina Neagu, right back Amanda Kurtovic (both out with knee injuries) and left wing Maida Mehmedovic may watch from the sidelines as well.

Kurtovic has already played her last game for CSM, as the Norwegian international will be joining Györ after this season.

Most recently, Györ won 33:29 at home against Vipers Kristiansand, almost surrendering an eight-goal lead, while CSM were trailing only in the beginning in their game against Thüringer HC, booking a clear 38:30 win after all.

Last Sunday, Györ succeeded in the domestic league, at home against Budaors (40:20) and CSM took a narrow 25:23 victory in Bucarest, against 11th ranked Dunarea Braile.

On her better days, Ungureanu still is a goalkeeper on a very high international level – she and Jelena Grubisic generally complement each other well.

Amandine Leynaud recently extended her contract in Györ for another year and she may celebrate it with a winning performance on Saturday. If not, Grimsbø or Kiss are ready to take over. For CSM’s goalkeeping duo, it will be difficult to match the Györ trio.

Radicevic was on fire against THC, scoring 13 goals and CSM will need an encore performance of the Montenegrin star if they want to avenge the nine-goal defeat in the first encounter between the two clubs.

Bodi and Knedlikova are good, but not as good as Radicevic, when she is at her best.

Originally, Nathalie Hagman was signed as right wing, but following Amanda Kurtovic´s cruciate ligament injury, it’s a blessing that the Swedish international can occupy the back court position as well, where she’ll be sharing time with Slovenian, Barbara Lazovic.

A healthy Nora Mørk plays in a class of her own, but as she will be out, expect Veronica Kristiansen and Nycke Groot taking turns covering the position.

Serbian playmaker extraordinaire Andrea Lekic will direct CSM’s offense, backed up by Elizabeth Omoregie, who recently has seen more court time in the position as well.

Oftedal and Groot aside, Györ has many more options as Veronica Kristiansen and Anita Görbicz will be able to run the show for the Hungarian record champion as well.

This is the position, where CSM will be at a real disadvantage.

Cristina Neagu is difficult if not impossible to replace. Jacobsen only plays in defense and neither Bazaliu nor Constantinescu come even close to Neagu´s level.

On the other side, Anne Mette Hansen played an outstanding first half against Vipers, scoring seven goals in 30 minutes. Veronica Kristiansen is just as effective and recently Tomori has shown up in attack as well.

Iulia Curea will be facing a tough task with Majda Medmedovic out, while Görbicz will occupy left wing most of the time. No doubt, she will make her presence felt on Saturday.

Even with the outstanding Cvijic in the team, it will be hard for CSM to get the edge, as Györ will arrive with the best duo covering this position right now – Pintea and Brattset.

The nine-goal defeat against Györ aside, CSM have not run into any other shocking defeats under the reign of coach Djukic. Considering the injury troubles he currently deals with, he has done well thus far.

And, so has Gabor Danyi in Györ, where he successfully stepped into the enormous footsteps his former boss – Ambros Martín – left. But, then most other coaches would have done well, given Györ’s enormous talent pool.

Summing it up before it all begins, Györ enjoys a 4:2 advantage – on paper.

Of course, we left out CSM´s home court advantage, but the crowd at Polivalenta Ioan Kunst Ghermanescu- as loud as it might be – it won’t be enough to impress a very experienced Györ crew.