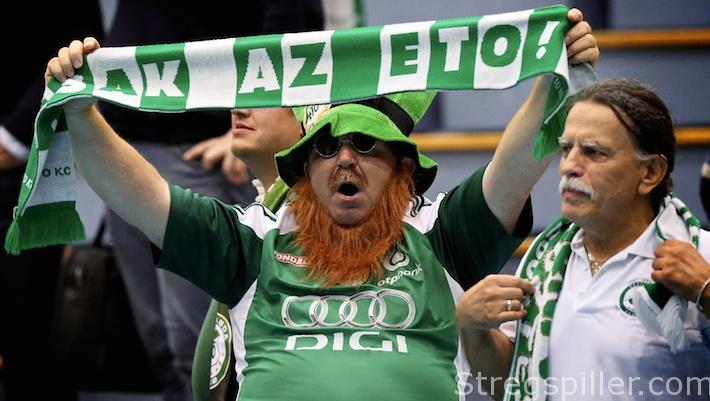 Sharing the top position in Group 2 with Buducnost and CSM Bucuresti, (7 points each), Gyor was in need of a victory in order to keep up with their rivals in the extremely close race for winning the group.  At stake, not only a quarter-final berth, but the best possible position and the easiest opponent – supposedly.  With zero points on record, Savehof was fighting for honor points and valuable experience.

The first 30 minutes did not turn into a great handball experience but the result expressed the difference between the two teams quite well.  Not playing fantastic, Gyor was exactly that much better.

It took three minutes to get the first goal.  Savehof´s right wing Emma Fernis made it 1:0 for the hosts but that was the one and only time the home team was able to take the lead.

Savehof had their hands full with Gyor´s relentless attacks and movable defense and when the Swedes did get their scoring opportunities, they were missed frequently.  Even though Gyor´s offensive play has been seen sharper than in this first period in Gothenburg, the Hungarian squad was able to cruise to a comfortable half time lead.

If some had doubts that the match was not decided at half time such concerns disappeared within the first two minutes of the second half when Gyor increased their lead to nine goals (15:6).  For the rest of the game, the Hungarian favorites could concentrate on keeping their opponent at a comfortable distance.  Gyor had established their biggest lead at 25:15 before winning by eight-goals, in the end.

Seven minutes into the second half, Gyor´s right-wing Bernadett Bognar-Bodi had to be assisted from the court with a suspected serious knee injury after slipping inside Savehof´s goal area.

When Gyor is playing, we usually have to spend a few words on the spectators. Partillebohallen was far from being sold out but as usual, Gyor had a good number of loyal of fans in attendance and with their vociferous support, they practically turned the match into a home game – like so many times before.

After Buducnost´s surprisingly high 31:19 win at home against Vardar, the Champions League winners of the past four years (Buducnost and Gyor) are now sharing the number one spot in Group 2 with nine points each.

Following a three-week break, Gyor will be receiving CSM Bucuresti in yet another crucial match, while Buducnost travels to Denmark to face FC Midtjylland.