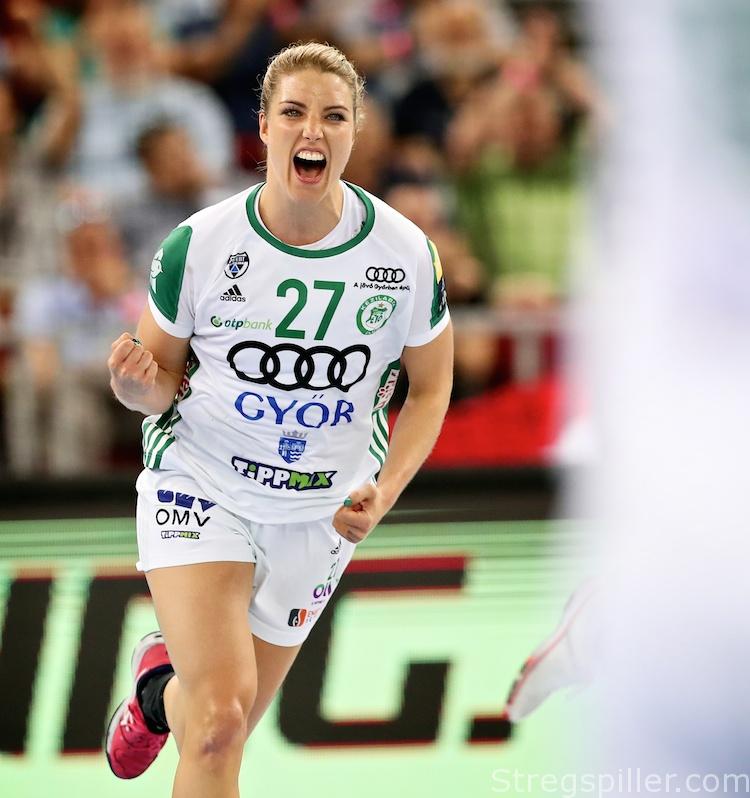 Györ too strong for CSM

MATCH REVIEW – CSM Bucuresti did not get a real chance to avenge the 36:27 loss against Györ earlier in the year.

Instead, Györ secured first place in Group 2 and extend their winning streak to 19 consecutive games in the Champions League.

stregspiller.com – MATCH OF THE WEEK REVIEW

Without key players such as Cristina Neagu, Amanda Kurtovic and Majda Mehmedovic, CSM did not represent a real threat to Györ, not even on home ground.

The hosts kept the match even for the first 20 minutes and did catch up briefly in the second half, but in the end, CSM did not stand a chance against an overpowering Györ.

CSM’s backcourt line consisting of Nathalie Hagman (right), Elizabeth Omoregie (center) and Andrea Lekic in the unusual position as left back spelled success in the opening phase of the match, as Iulia Curea also did well, replacing Majda Medmedovic on  left wing.

Anita Görbicz missed her penalty shot and CSM were off to a 2:0 lead, but Györ caught up (2:2) quickly, without pulling away.  Especially, Jelena Grubisic, tending CSM’s goal, contributed significantly during this time.

However, Györ’s coach, Gabor Danyi, just had more options at his disposal compared to his colleague, Dragan Djukic, on the other side.

In fact, Györ’s deeper bench paid off towards the end of the half and so did an improving Kari Aalvik Grimsbø in goal.  After scoring six goals in a row, Györ changed a 10:8 deficit into the four-goal lead at the break.

Dragan Djukic added fresh power to his backcourt line with Barbara Lazovic and Maria Constantinescu.  After Györ increased their halftime lead to five goals a few times, CSM began to fight back, scoring five goals in a row, while drawing even at 17:17.

Yet, once again, Györ´s experience and deep squad would make the difference. Led by Nycke Groot, the visitors pulled away again, and a 19:19 was changed to 23:20 within a few minutes.

Now, Györ were in full control again, and when Stine Oftedal made it 27:23 with three minutes left to play, it meant game over. The last two goals of CSM were only of cosmetic nature.

Although, Györ secured the group win it’s unlikely that the team will relax their efforts, especially when considering the next assignment when they’ll meet FTC in the Hungarian derby, at home.

CSM, on the other side, will face a manageable task when they travel to Krim in the battle for second place, next Saturday.