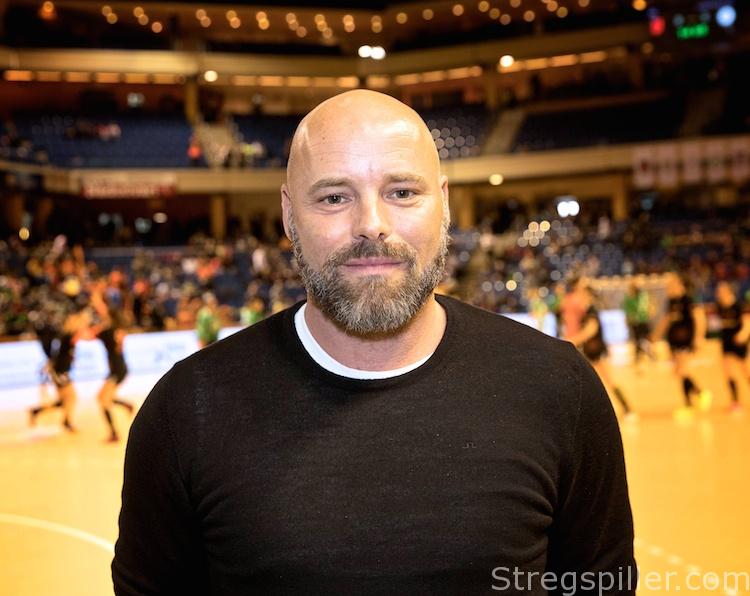 INTERVIEW – Kim Rasmussen is almost all the way through his three years as coach of Hungary´s women’s national handball team. During this time, his efforts have been restrained by numerous injuries and pregnancies.

Kim Rasmussen has been in charge of the Hungarian women´s national team close to three years by now, but during this time he hasn’t been able to present his strongest outfit to the world of handball.

Numerous injuries and pregnancies have prevented stronger results.  Still, his achievements with the team have been impressive at times. Despite missing eight players at the European championship in France, back in December, Hungary were in the race for a semi-final berth until the very last match day of the main round.

Since then the status of several players has changed to “fit to play” and the situation is lightening up – or isn’ it? Rasmussen remains cautious.

“I was starting to build our defense around Szimonetta Planéta, but now she is out, so I have to start all over again, focusing on a new player.

“On the positive site, Kinga Klivinyi is looking better and better and Zsuzsanna Tomori is also back on the court. Katrin Klujber has gained some experience after joining FTC from Dunaújváros over the winter – so, in general it looks better than it did for a long time.  But, my time here (in Hungary ed.) has taught me to expect new challenges all the time. On the one hand it keeps the job exciting, but I would really like to work a year or so with the same group of players,” Kim Rasmussen tells stregspiller.com.

Despite the many set-backs of the past, what keeps him optimistic is the fact that several talented, young players knock at the door of the national team and some are already part of it.  Noemi Hafra and Katrin Klujber are just two of the more prominent names.

“Hafra already has come far – still, she can improve her skills in so many more aspects.  For example, her ability to read the game, her skills in defense and her cooperation with the line- and wing players.

“However, she has a unique quality to never give up.  She is physically strong, she can move right or left past defenders, she can shoot – all in all, she can take her career very far.

“What you have to remember about these young player is they haven’t turned 20 yet.  They still have several years in front of them – to constantly improve their game and be patient.

“Hungary is blessed as there are some real talents on the way and not just these two. For instance, I have enormous confidence in a player like Nikolett Toth. Unfortunately, she has been out for some months with a shoulder injury, but she is rapidly recovering.

“Furthermore, we have several huge talents in our younger national teams. Tamara Pal, for example, who I expect to take the next steps towards more court time, so she can develop her skills properly.

“All in all, we have plenty of players with potential, but you know as well, Peter, that talent on its own will only take you so far. At some point a player has to decide, if they want to work professionally or if they just want to have a good time nursing their talent.

“If these players put on their working gloves and show professional attitude, they can have a great career.

“I think a player like Hafra embodies this attitude, I am looking for. She really puts in the effort and it is a pleasure to work with her. I have not been working with so many of the other young players yet, but if they have the same attitude as Hafra, things look very promising for Hungarian handball over the course of the next 10 years, at the very least,” believes Kim Rasmussen.

Some have to move on

The potential of a young player is one side of the same coin, but as you can imagine it all leads to nothing if players don’t get their time on the pitch.

Tamara Pal, who Kim Rasmussen just mentioned is a fine example. The 18-year-old center back doesn’t see much court time in Györ (her current club), a fact that did not escape Rasmussen.

“In Norway and Denmark, we have seen what can happen, if young talents sit on the bench for too long. Other players will be given priority, so yes , a player like Tamara Pal may have to move on soon. For a year – two years maximum – it may be okay for a young player to spend some time on the bench in a top club and get some good training, but you do not develop, if there is no pressure on you.

“You do not take the next steps, when missing a shot has no consequence because your team is in the lead by 15 goals, by the time you enter the court.

“You need to learn how to take responsibility, you need to be the one who’s on the pitch, when the game is on the line. That’s how players develop!  As long as they remain on the bench in these situations, today’s promising players don’t grow.  I’d say that time on the court counts for so much more compared to sitting on the bench in a top club.

“Unfortunately, we have seen far too many examples in our very own backyard. Now, the money is here in Hungary and I know they are aware of the risks. And, I am acutely aware that I have been shouting really loud in the media that young players need matches if they are to develop and I have noticed that players who followed the advice have developed faster.

“Klujber is a good example. In Ferencvaros, she has been able to make a difference immediately after joining them.

“Hafra took a single year at MT, where she grew quickly.  Players do begin to realize that moving to a lower ranked club and getting court time is the way forward and that makes things look very exciting,” explains Hungary’s national team coach.

The 19-year-old right back has become the shooting star after moving from Dunaújváros to FTC during the winter break and she has played a big part in FTC’s success in the main round of the 2018/19 EHF Champions League.

Kim Ramussen has been impressed by her development as well.

“It’s impressive, how she is making a difference in the Champions League already, but keep in mind she is still young.

“If you look at her statistics in the Champions League, for instance, she may score seven goals in a match, but she may also make seven mistakes.  It shows that she is young and goes through a learning process. One valuable lessons she is learning is that errors are punished, when you play against the best.

“However, I like her attitude, her way of ‘not-thinking’ too much about the things that can go wrong. She is not afraid of taking physical hits, and when she sees a gap, she goes for it.  It doesn’t matter if she is playing against a lower ranked opponent or if she plays against France – she takes her chances. That’s a rare quality, I think, particularly among young players.

“I am crazy about her courage and her eye for the game – she’s already extremely good.

“I have nominated two teams for our training camp and test matches in March, and she is part of the A team.  I am pretty sure that she would have been part of our team at the European championship, last December already, if an ankle injury had not kept her sidelined back then.

“I have been watching her for a long time.  Is she willing to put on those working gloves, I mentioned earlier?  This will be her biggest challenge. If she decides to do so, we are talking about a lethal weapon in any club she’ll play for and the Hungarian national team, of course!

World Championship qualification a must

The next major tournament in women´s handball will be the World Championship in Japan, in December.  To get there, Hungary have to pass two qualification matches against their Austrian neighbor, in June.

Austria will not be allowed to turn into a problem according to Rasmussen.

“Of course, they should not become an issue, but when you look at their most recent qualification matches, you have to acknowledge that they put Romania and Russia under pressure.

“They are not a team that give’s up easily. Austria keep fighting all the time and their coach, Herbert Müller, will always encourage players to give all they got.

“However, the fact that matches will be played in the summer means that everyone will be tired after a long season. Still, we should have so much more quality than Austria that we’ll win the tie. Maybe, Austria can follow us part of the way, but over the course of two games, I expect us to qualify for Japan without too much trouble.”

Hungary belongs to the top

Given the prospects, it’s no wonder that Kim Rasmussen still dreams of sending the strongest Hungarian national team to the Tokyo Olympics. He looks forward and finds that Hungary at its best belongs to the international top.

“Despite the problems, I think we have built a team that’s stable and I think we showed it at the European championship in France. We have found a way to play our best handball and we do not throw away too many of our chances.  We play extremely disciplined throughout 60 minutes – so we are no fun to play against.

“With a bit more experience – for instance, with Tomori back in our team again – and some young players like the ones I already mentioned, Klujber, Hafra and Klivinyi, we also have some depth in our team, which may allow us to run a bit more.  In this case, we’ll become an even more difficult opponent.

“Actually, it has been my plan in all these years, but every time I designed a plan, soon thereafter I was forced to make a new one because of injuries.  So, I have learned to not become overly optimistic.

“Still, I am happy about the way we are playing and how we present ourselves at the moment,” concludes Kim Rasmussen.