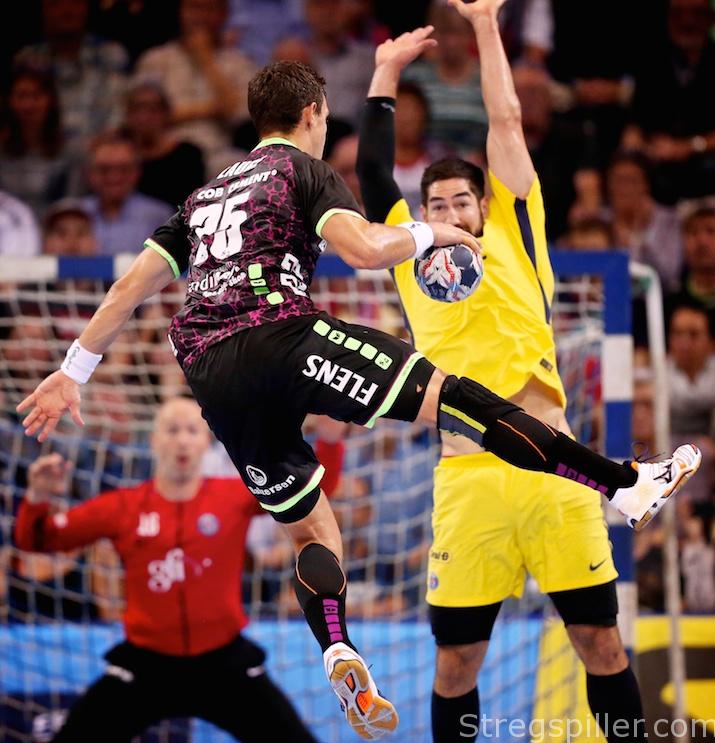 The first half of the 2017/18 Champions League group stage was completed last weekend, a perfect time for a first evaluation of what we have seen, so far. I think it’s fair to say that some teams are struggling, while others are overachieving. And some of the results have been outright shocking, like Kielce’s loss in Brest or Kiel’s recent defeat at home against Celje. The Slovenian’s also stunned the Polish champion when visiting Kielce, despite losing a key player such as Miha Zarabec over the summer.

Group A looked like a “three-horse race” from the get-go and the first weeks of the season proved just that, although it looks like defending champion HC Vardar is no one-hit wonder, as captain Stole Stoilov would proudly agree. It certainly is not easy to replace a quality player like Alex Dujshebaev, but Dainis Kristopans has done a decent job, so far. Still, Vardar hasn’t faced Rhein-Neckar Löwen yet and difficult road games in Barcelona and against Nantes are coming up as well.

Speaking of Rhein-Neckar Löwen – it’s impressive to see what they achieved in Barcelona this past weekend, as they played (and won) in Leipzig the previous day, before arriving in Spain on match-day. I wonder what they could have done if they have had more time for a proper rest. On the bench, Nikolaj Jacobsen, just doesn’t make any major mistakes. But playing in Skopje, only two days after a tough road game in Melsungen won’t make it much easier for the German champion, unless Andy Schmid uses even more of his breath-taking tricks.

Meanwhile, Barcelona just signed Aron Palmarsson, but the Icelandic playmaker still needs to find his rhythm after the transfer drama and missing pre-season preparation. Once he is at full strength, he should be a massive boost for Barcelona’s offense. Can the Catalans win the group? It’s still within reach, but succeeding in the home match against Vardar is an absolute must. In the meantime it seems obvious that Nantes and Szeged will finish fourth and fifth, while the sixth spot is still up for grabs.

I wouldn’t call Group A boring, not at all, but Group B is definitely more enticing to follow, not only because some surprising results. Right now, mighty THW Kiel is on the brink of not making it to the knock-out stage. Meshkov Brest and Celje both have beaten Kielce and Kiel (away from home), and appear to move on to the next round. Kielce is also struggling after two draws on home court against Flensburg and Veszprem, surrendering leads in both games in the last minute.

Talant Dujshebaev is not abandoning his beloved strategy of changing players every 15 minutes, at least not yet. But Kielce’s performance drops once Alex Dujshebaev, Blaz Janc and Michal Jurecki leave the court. Karol Bielecki, Krzysztof Lijewski and Darko Djukic can’t keep up the same level of intensity, a fact that cost the Polish team at least two points, if not four. But somehow I sense they will make up for it in the second part of the group stage.

Paris Saint-Germain leading the group is no surprise either, but they will play in Kielce and Veszprem later on and I’m still not entirely convinced of their quality as a team unless the win it all. Don’t ask me why. The addition of Sander Sagosen was a great move, maybe the key move that will take the French club all the way in the 2017/18 edition of the VELUX EHF Champions League. Flensburg will certainly have a tough time catching PSG, while Veszprem have a more realistic chance. Finally, Mate Lekai got the coach he needed to unlock his potential.

Group C is also quite interesting to watch, as only four points separate first-placed Skjern from fifth-placed Schaffhausen. Elsewhere, Montpellier did win all games so far in Group D and Zaporozhye will go through as the second team. So, the French side might be able to stun another favored club in the next stage of the tournament, as there appears to be a lack of excitement in the group phase. But hey, a substantial Champions League reform is looming in three years time for a reason.