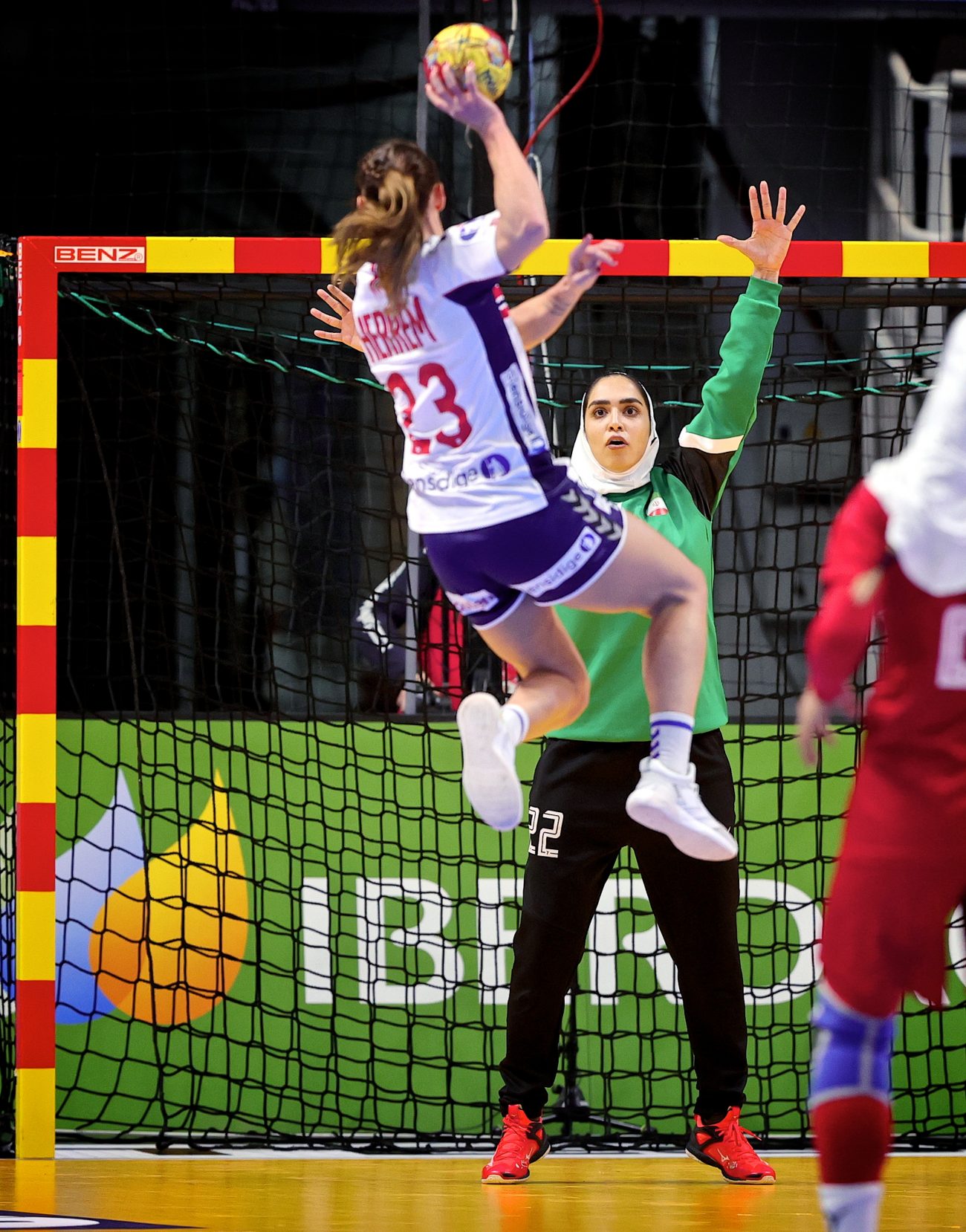 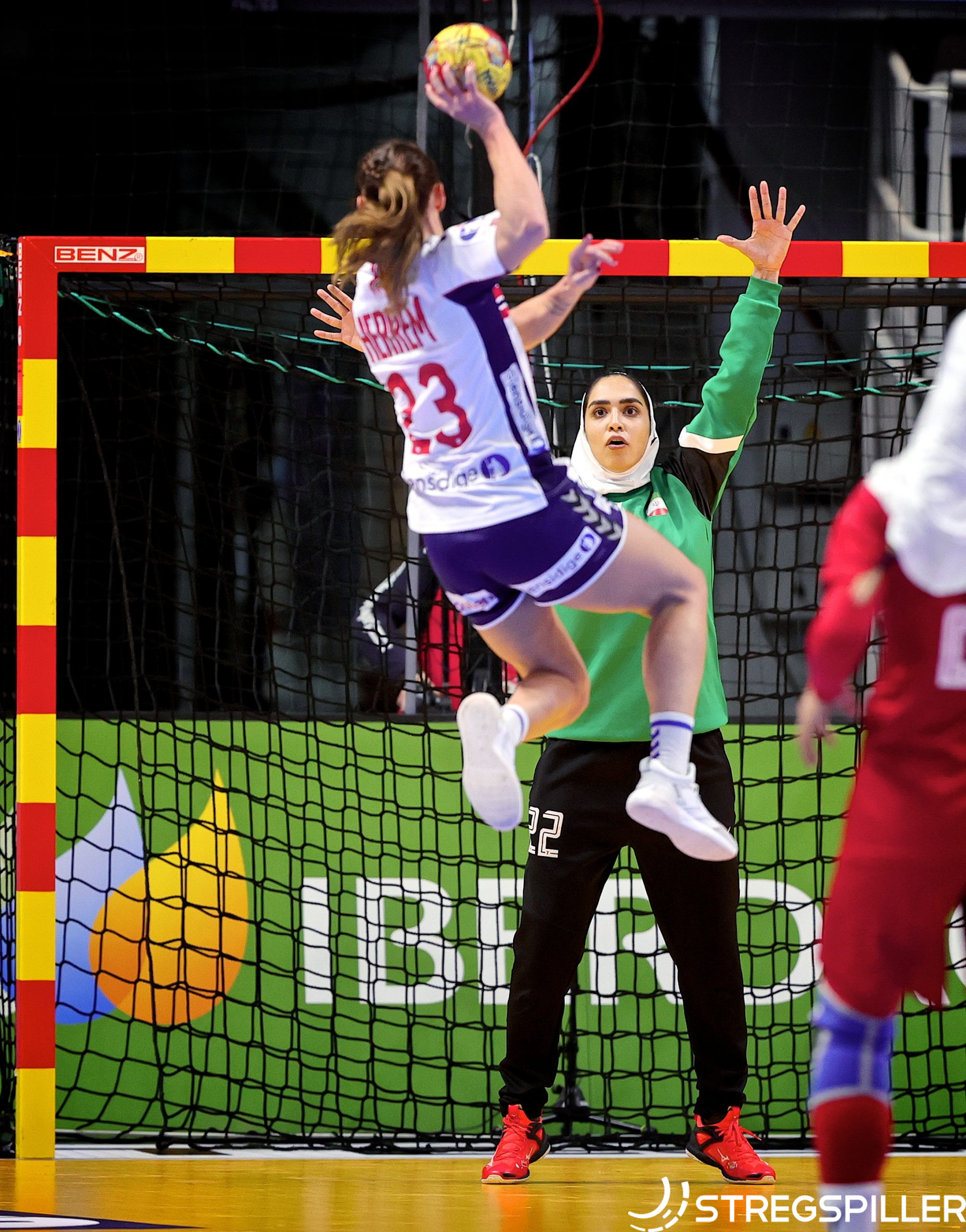 Just a week ago the 25th IHF Women’s World Championship came to a close with Norway winning their fourth title after a tense and most entertaining final against the reigning Olympic champions from France.

Already during the early rounds of the tournament much of the discussion and analysis had focused on the expanded format of this championship. For the first time 32 teams participated in a women’s World Cup and many of the pundits were concerned about the results and performance levels of nations such as Uzbekistan, or Puerto Rico, just to name a few of the countries that don’t make regular appearances at the global event.

What’s there to profit for developing handball nations to lose matches by outsized margins like 17:58 (Uzbekistan vs Netherlands) or 15:55 (Puerto Rico vs Netherlands)? Is there any benefit to gain?

In the interview with stregspiller.com Haniye Lak (Islamic Republic of Iran) points out how the World Cup participation of her country – a historic first – resulted in a spike of media coverage and interest from far beyond the handball bubble.

The 32 years-old goalkeeper who plays her club handball at Sepahan Isfahan talks about how she got introduced to handball, the impact of her team’s championship performance on young girls and how Iran’s participation at the 25th IHF World Cup maybe an inflection point.

Handball has been part of Haniye’s life ever since the age of fifteen; when her handball team at elementary school needed a goalkeeper she answered the call. The fact that many of her friends were engaged in the sport as well only helped to take the leap.

When asked how to summarize the experience at the 2021 IHF World championship in Spain, Haniye doesn’t mince words.

“When I started to play handball at school, I didn’t even dream about playing against Norway seventeen years later. It was an amazing experience because my dream came true.”

In fact, for Haniye Lak, the game against Norway had the most significance and not only because of the emotional reactions of her goalkeeping teammate, Fatemeh Khalili Behfar, when she was voted “Player of the Match”, after the group match in Castellon.

“The match against Norway stood out, simply because they are my favorite team.”

The successful qualification of the Islamic Republic of Iran earlier in the year and the World Cup group matches against handball powerhouses such as Norway and Romania drew the attention of media and the broader public at home as well, as Haniye confirms.

“Actually, it was the first time that we participated in the World championship – media coverage was amazing and we even received feedback from some famous actors. It was incredible!”

“I think the World Cup was a turning point for handball in Iran because we received so much feedback from Iranian girls on social media who now want to become handball players.”

The reactions back in Iran only show the power of a first-time participation in a World championship and how it can serve as a catalyst and propel the sport of handball way beyond anything money could buy.

To no surprise, Haniye Lak disagrees with the critics, who question the potential benefits of the aforementioned lop sided encounters.

“Handball has a long history in Europe and the teams are very strong. Yet, our progress requires playing against and even watching such teams up close.

“Certainly, the presence of nations like Iran in these competitions where we can face the very best, will help us to advance in the future.

“We always follow matches from countries like Norway, for example, on TV or on the social networks, but there is nothing better than confronting the best players in the world directly. For us it’s the best training class.”

Given the experience gained at the IHF World Cup, in Spain, what needs to improve in Iranian handball to develop further and take the next step? Haniye highlights the basics.

“Talent identification and teaching handball at the grassroots level will be key to advance the sport.”

“Kathrine Lunde is the best”

As far as her own aspirations are concerned, Haniye Lak looks up to a number of players, but one in particular stands out.

“There are several very good players and if I have to chose, I could mention two that make me suffer when I face them on the pitch. In goal, Kathrine Lunde is the best in the world.”

So, what’s next for Haniye Lak and are there any handball dreams left?

“Playing in a European club would be a dream come true. For now, I will continue to play handball as long as I am at the top.