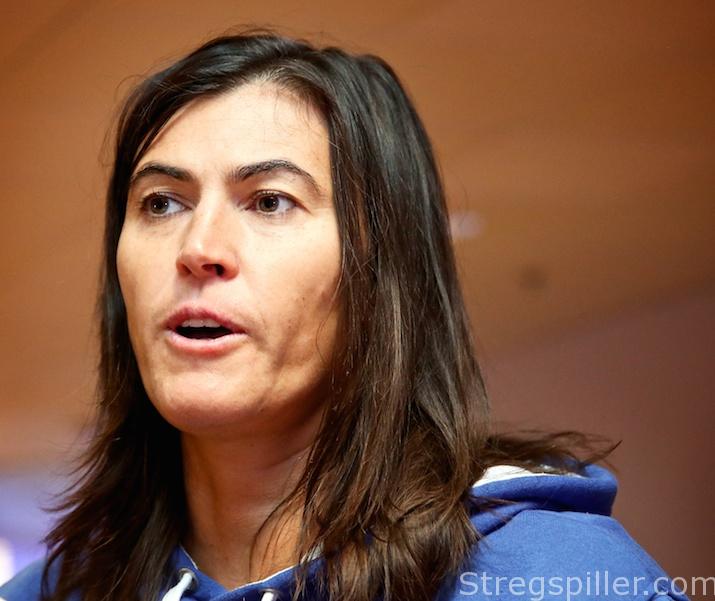 “Handball quality at EURO 2016 has been mixed”

Former French top goalkeeper, Valérie Nicolas, provides her opinion about the quality of handball at EURO 2016, so far.

In her active days, Valérie Nicolas was one of the absolutely best goalkeepers in the world, as many handball fans and connoisseurs will undoubtedly recall.  For some time, she was probably even THE best shot-blocker there was.

Her greatest achievement with France was winning the World Championship in 2003, while the Champions League triumph with Denmark’s, Viborg HK in 2006 stands out as her finest result on the club level.  Two years before that, she had won the EHF Cup with the same team.

The fact that she is not forgotten in Denmark was clearly demonstrated during the World Championship, a year ago, where she received many hugs from former teammates and other friends from her past in the Scandinavian country.

These days, she is working as expert commentator on French TV.

“I started commentating for Canal+, and now I am working for beInSPORTs who hold the TV rights in France for the European championship,” explains Nicolas, who enjoys her present role, while still being close to the players of the current French squad.

Many changes have harmed quality

Stregspiller.com has asked her to give us her best estimate of the European championship 2016.

“I think handball quality has been mixed.

“We have seen some good games, of course, but some have been of a more questionable quality.

“There is no mystery to it, as several countries have made numerous changes ahead of this championship, and many nations are building new teams for the future – teams who are not even intended to peak at this point,” she says.

“Of course, there are nations, like Norway for instance, who go through such phases without visible problems.  But in general, I find that the many changes have harmed the overall quality of the competition,” she says.

“However, this is no new phenomenon in an Olympic year.

“In years, when a European championship follows an Olympic tournament, we often see these kind of rotations.

“Some teams decide to use the occasion to begin building for the future.  Some players have ended their career, or at least their international career after the Olympics.  For other players, the physical and mental stress of competing at yet another major event within a three- to four months period, just after the Olympics simply becomes too much.

“Furthermore, some (players e.d.) have moved to new clubs over summer, maybe even to new countries – all of it happening within only a couple of days after coming home from the Olympics in Rio.  In sum, such conditions can obviously increase the mental as well as physical stress even more.

“Coaches are not immune to it either.  I do not think that I have ever seen so many new coaches, at a major championship as at EURO 2016.

“Obviously this factor has an influence on the stability of the teams as well and, by extension, it impacts the quality of the matches here in Sweden.  It will always take time for a new coach and his or her players to get to know each other and to make things flow and find a good rythm,” finds Valérie Nicolas.