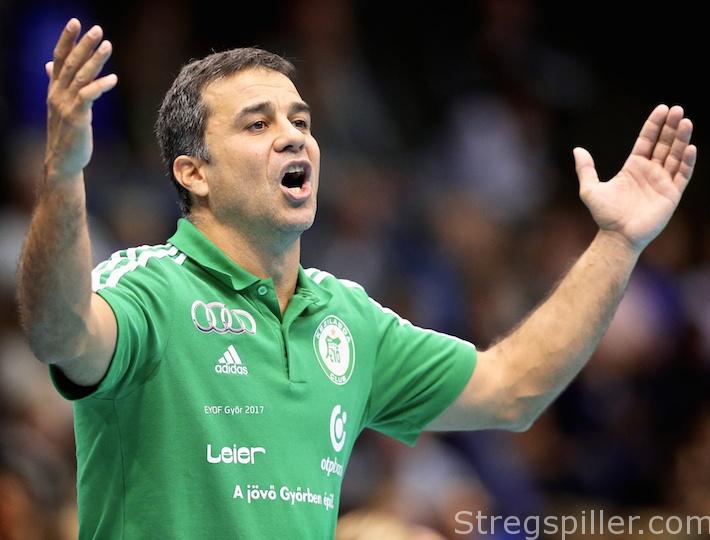 Handball Stars – Always so easy to talk to

Why is it that handball players- and coaches at the international top level are always so much easier to approach than footballers, for instance?

He was exaggerating, of course, but his remark illustrates quite well, how difficult it often is for journalists – and fans too, for that matter – to speak to football players that are close to or at the top level.

Yet, we are privileged in Denmark.  Our best players are considerably more accessible than in many other countries in the world of football.

Now, what relevance does an observation like that have?

The answer is quite simple.  Handball players and handball coaches, even on the highest international level, are so much easier to access and to talk to when compared to football professionals.

This is what my many years as a journalist in both worlds (hand- and football) have taught me – and my colleagues as well.  Let me give you a couple of examples.

At the 2012 women’s handball European Championship in Serbia, I was on the way back to my press seat from the mixed zone following Denmark’s qualification game for the main round. The Danish squad had just defeated FYR Macedonia in their last preliminary group match in Nis.

As I had to file my match review first, I arrived a bit late in the mixed zone and as a result I did not have as many quotes on my notepad as I would have liked. On the stairs, I ran into Danish international Lotte Grigel who was on her way to the dressing room.

“Hey Lotte, can I disturb you for a few minutes?” I asked her.

“Sure!” she said without hesitation, and off we went to the press box, where I got a great interview with her.

Would this have been possible with the likes of a Cristiano Ronaldo following an important match – or after any match for that matter?  I think not! Cristiano, you are welcome to contact me, if you want to prove me wrong!

Here is another example.

Just before the team from Gyor began their final training session on Friday evening ahead of their first qualification match, my colleague from stregspiller.com and I asked Gyor’s head coach Ambros Martin for an interview.

There was no problem with that.  The Spanish trainer of the ambitious Hungarian top team was friendly and relaxed and took his time to answer each and every question.  Here, we are talking about the leader of one of the world´s strongest teams less than 24 hours before a series of crucial matches; a coach under tremendous pressure to push his team to the EHF Champions League group phase after a disappointing end to the previous season.  Would this have been possible with Rafael Benitez or José Mourinho in similar situations?  Rafael and José, you are also very welcome to contact me to prove me wrong!

Yes – I am well aware that the media spotlight is so much more intense in the world of football and that the pressure on coaches and players is that much heavier.  And of course, I appreciate that those individuals are entitled to privacy, some peace and quiet time as well as periods away from the limelight.  But does it mean that is has to be that difficult to get comments and interviews?

Players and coaches need to bear in mind that their lives depend on media coverage just as much as media’s wellbeing relies on them.

Media and its representatives provide important links to the public and coaches and players can hardly afford to live without it.  If fans do not know what goes on around their idols, their favorite clubs, their national teams, they lose interest, and what is a team without its fans and general interest?

Players also need media attention in order to increase – or simply maintain – their marketability.  A player, who is not being mentioned in the media anymore, is soon forgotten, and who can notice a player or coach that is forgotten?

Of course, there are exceptions but in the world of handball, more or less everyone involved has realized the mutual dependencies between them and media at large, much to the benefit of all parties – players, coaches, clubs, national federations, fans and journalists.

This is also one explanation why the Danish men’s national handball team is more popular than their football colleagues.  Certainly, results and achievements play a significant role as well but the receptiveness of players and coaches alike should not be underestimated.  In this respect, football could definitely learn from handball!

Thank you for your openness, Lotte, Ambros and all you other wonderful handball people.  Please stay just the way you are!