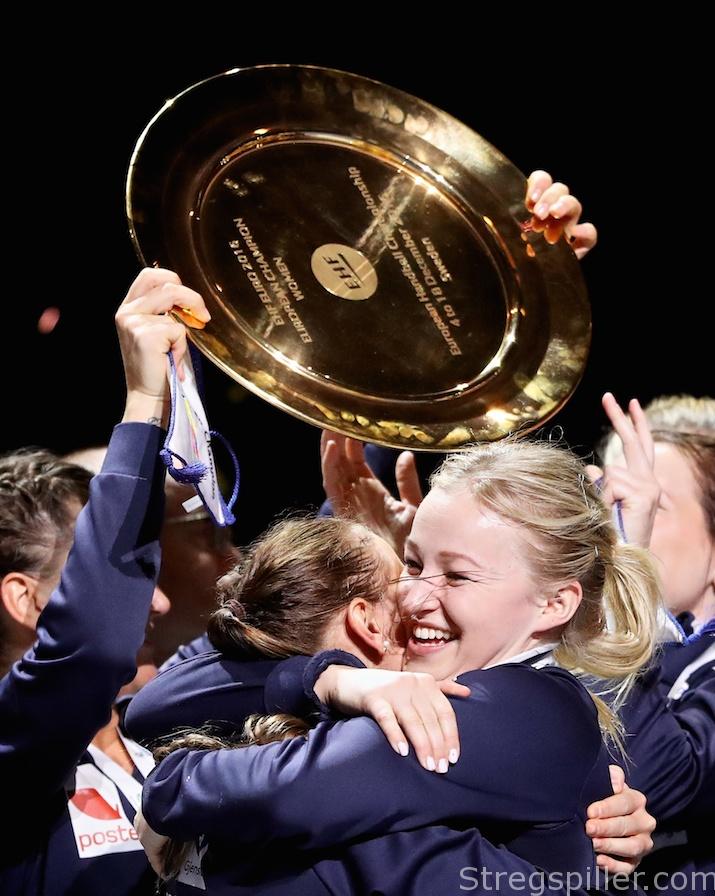 A handball year for the ages

Handball in 2016 was absolutely stunning.  It gave us never expected upsets, amazing comebacks and historic results.  It’s worth to take a look back at what happened during the past twelve months.

It all started back in January, when Germany conquered the handball world.  After losing the opener to Spain and being down against Sweden at the break Dagur Sigurdsson put on a new defensive scheme and Andreas Wolff between the goalposts.  The rest is history.

True history, by the way – it was the most lopsided final of the European championships, ever.  Wolff had the best game of his young career, as he “shut the door” on almost every Spanish player.  Veterans like Victor Tomas or Raul Entrerrios couldn’t find the back of the net and were distraught, while a team of youngsters and without six injured starters put on a show.

In the meantime Poland missed the final weekend in Krakow after losing to Croatia by 14 goals – yes, by 14!  They could have lost by 11, but Croatia was in no party mood at all.  Overall, the tournament was a total success with packed arenas, great games and a lot of nice people all around.  And it marked the comeback of one, if not the biggest handball nation in the world, after years of pain and frustration.

In early May, focus shifted from Krakow to Budapest to the annual Women’s Champions League Final 4, which was held in the Hungarian capital for a third year.  After missing the event in the previous year, the local favorite Gyor was back in the mix.  While Vardar Skopje and Budućnost Podgorica were seen as true competitors, most people didn’t think very highly of CSM Bucuresti, they were the big-time underdog.

But the Romanians almost cruised through the semis against Vardar (27-21), while Gyor had a tough match against the defending champion from Podgorica (20-19).  I don’t know if such circumstance really made a difference in the final, but considering that the last game of the Champions League season went to overtime and even into a penalty shoot-out, it might.  Isabelle Gulldén scored a whopping 15 goals on 17 shots, making her star shine as the brightest of all.

Just a few weeks later, Cologne was in the spotlight.  Paris Saint-Germain were seen as the obvious favorite at the men’s Champions League Final 4, while Veszprem and Kiel were seen as having a good chance to win.  Kielce, the Polish champion, was seen as the team everyone wanted to face.  A big mistake as it turned out.

When PSG’s coach Noka Serdarusic, for whatever reason, benched superstar Mikkel Hansen in the semis, Kielce moved to the final.  But the team of coach Talant Dushebajev wasn’t done yet.  Although it very much looked like it at the time, as Veszprem had amassed a 9-goal lead, early in the second half.

Then the impossible happened.  Led by Tobias Reichmann, Kielce seized the moment and the Hungarians were lucky to make it into the extra-session, just to lose in a penalty shoot-out, in possibly the most epic game in the history of the competition.

It got even better – sort off, – thanks to the Olympic games in Rio de Janeiro, the first major competition that saw the introduction of various new rules.  After years of frustration on the global handball stage, Denmark was able to win the Gold medal, ending the reign of the French dynasty.  France had barely survived a German comeback in the semi-finals and Denmark was able to get a great performance out of Mikkel Hansen and Niklas Landin in the same game, at last.

On the women’s side, Evgeni Trefilov, the legendary Russian coach, led his team to a Gold medal. Finally, as many might have thought, Norway’s supremacy was interrupted, when the Scandinavians lost to the eventual champion, in the semis after extra-time in one of the most intense games of recent times. But Norway didn’t waste too much time to come back.

The EHF EURO2016 in Sweden marked the final important handball event of the year.  For an unprecedented seventh time Norway defended its title against the up-and-coming squad from the Netherlands.  It was a nail biter, but the Norwegians just found their winning way at the right time.

After all what happened in 2016, I can tell you, that I’m really looking forward to 2017.  France and Germany will be two great hosts for the upcoming World Cups.  It’s up to the players to write handball history again – but 2016 will be hard to top.