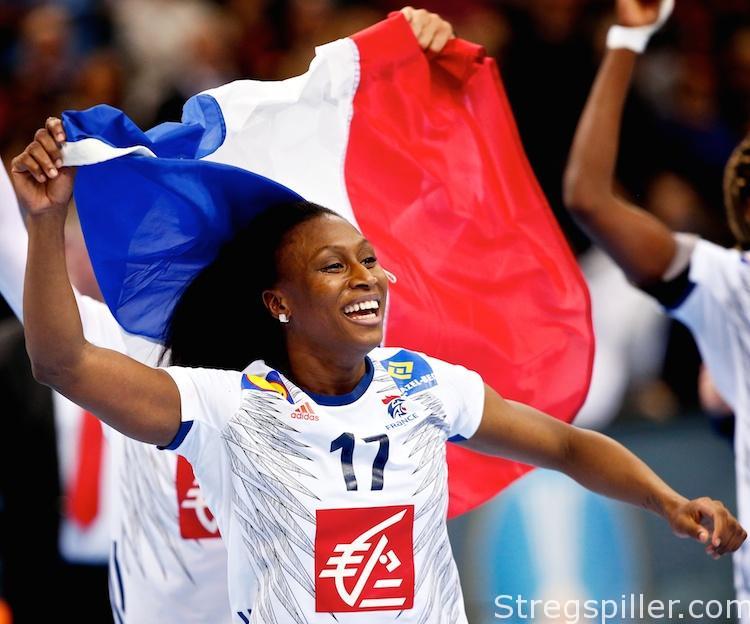 Happy to be back home

After six seasons abroad, Siraba Dembele is back in France. Over the summer she joined Toulon Saint-Cyr Var Handball, a club where she played for three years before leaving.  Objectives in the south of France are somewhat lower but her motivation is still at the highest level.

“I just needed to come back home.”

After considerable time abroad – the French team captain played in Denmark (Randers} , Macedonia (Vardar Skopje) and Russia (Rostov), where she won several titles, including the EHF Cup in 2017, together with Rostov.

“All in all these were great experiences, but after such a long time away from France, I missed my friends and my family. Now, I’m 32 and I have to think about life after my career in handball.”

After six rounds, Toulon Saint-Cyr is ranking tenth out of twelve teams in the domestic league.

“When I left the club in 2012, we were always among the best squads and a candidate to win titles “, she recalls.

Back then, Toulon won a French championship and two national cups. But, these were the last and only trophies the club recorded.

“Today, things have changed. We are not at the top of the league anymore and we will have to fight a lot to reach the play-off phase – somewhere between first and eighth rank.

“But, I feel that everybody in the club is pulling in the same direction, trying to reach for the stars again in the future.”

Besides relying on two outstanding foreign players – Jessy Kramer and Ekaterina Vetkova – Toulon Saint-Cyr managed to sign Siraba Dembele and Laurisa Landre for the 2018/19 season. In addition, players from Toulon’s training academy such as Laurène Catani or Laura Gaudefroy also made the team. It appears that the club from the French Riviera has assembled key talent to reach for the top once again.

“Compared to my previous seasons, our objectives are certainly lower. But, every-day life in Toulon is still very comfortable and I quickly felt home again.

“I still enjoy handball a lot and today that’s the most important thing.”

Following the World Cup win in 2017, the French team captain also experiences a new fame since she returned to France.

“When we take a walk in town, for example, I can sense that people know that we won something big, she smiles. But that’s about it. Let’s face it – popularity of women handball in my country could be much higher.”

The French Handball Federation has answered her concern to a certain extend with the grand opening of the ‘Maison du Handball’ this month, a place where all French national teams will meet during the season. Located in Créteil, south of Paris, players can enjoy a brand new building including a handball court, restaurants, a hostel and a medical center.

“This is exactly the kind of tool handball needs to move forward. Working conditions here are just perfect. But now, only top results will be tolerated,” she laughs.

On Wednesday, France flew to Denmark to play the first stage of the Golden League tournament, and prepare for the 2018 EHF  EURO in France, later in the year.  20 players left Créteil, but not Siraba Dembélé, as she stayed behind for ‘personal reasons’.

Head coach, Olivier Krumbholz, has called on twenty year-old, Constance Mauny for the first time, to replace her. This season, Mauny has already made her moves at Brest Bretagne Handball and on left wing the future of the French National Team certainly looks bright.