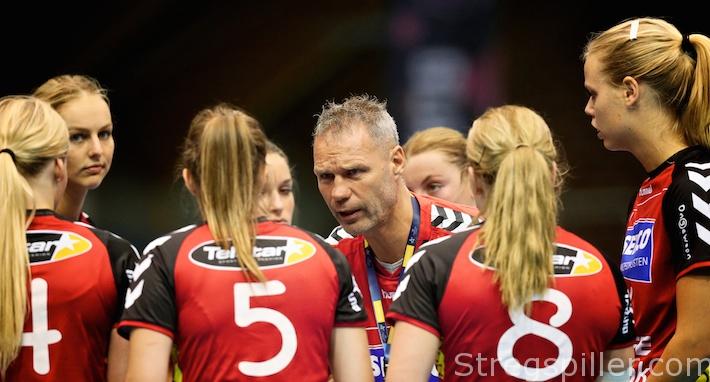 It does not bother Peter Portengen, coach of Dutch women´s champion SERCODAK Dalfsen, that his best players constantly leave for foreign adventures.

In the Netherlands, no female handball team can compare to SERCODAK Dalfsen.

The girls from the small town of Dalfsen (its population is only a bit above 27,000), win the Dutch championship year after year – but when it comes to participating in the EHF Champions League, the top reward for most of the other national champions of Europe, almost always the door seems to close in the very last minute.

Four years in a row, the EHF qualification tournament has been the insurmountable obstacle for the young women from Dalfsen, to whom the Champions League group phase is still a dream waiting to come true.  This year presented no exception to that rule.

SERCODAK Dalfsen finished third out of four teams in their qualification group in Drammen (Norway).  Only the winner – Gyor – proceeded to the “promised land” – the EHF Champions League.

But if you would expect to find a bunch of sad and disappointed players and officials after another failed attempt to reach the group phase, you’d find yourself surprised.

“I am proud of my young and new team and the way we performed.  The fact that we actually managed to win a Champions League game (23:17 against WHC Radnicki Kragujevac, the champion from Serbia, in the match for third position) means a lot to us,” SERCODAK’s Peter Portengen states.

Now, Dalfsen´s European campaign continues in the Cup Winners´ Cup – a competition they are looking forward to. “If we had lost (to Kragujevac) we would have had to go to Italy to play in Round 2 already.

“Now, we can wait until Round 3 and go to Poland instead to meet Gdynia. The Cup Winners´ Cup will be a good place to develop our young players further,” says coach Portengen.

At first glance, it seems to be a bit of a paradox, that the Dutch champions, by far the best team in the Netherlands, cannot do any better.  On the national team level the Netherlands are a regular participant at World- and European Championships, by now. They are far away from being among the first teams to be knocked out of those tournaments these days.

The explanation is obvious.  “The best players continue to leave and join foreign clubs.  As soon as they reach a certain level at Dalfsen, they leave for stronger leagues in Germany, Denmark, Hungary etc. Therefore, we will always be sending on a young and internationally inexperienced team when we play the Champions League qualifiers.  We simply cannot compete financially with what foreign clubs can offer.  That’s why the possibility of a Dutch club participating in the Champions League is probably far out in the future,” explains Peter Portengen.

“Women´s handball in the Netherlands is still not at a level where it can really attract big sponsorships, and without that money, it is difficult to increase a club’s performance,” he describes the vicious circle that Dutch women´s handball seems to be caught in.

Happy with the way things are

Here, we are surprised once again.  One would expect to find a coach being frustrated by having to let his most talented players go, year in and year out – but nothing could be further from Peter’s mind.

“I am happy with being coach at Dalfsen and developing new, top players year after year,” says the former Dutch international. “Many young players in the Netherlands leave everything behind them, to come to Dalfsen and pursue their handball dream, trying to get nominated to the national team.  I have been coach at the national team in the past, but right now I’d rather be here and develop talents for the future.  I would not want to be anywhere else!” says Peter Portengen.