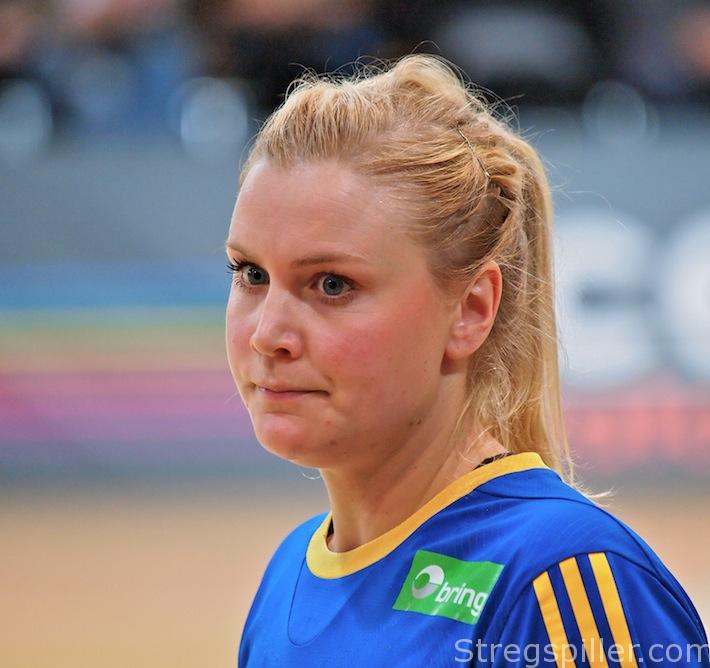 ZRK Vardar had to work hard against bravely fighting Savehof before booking the expected two points.

For Savehof only honor was at stake, as the Swedish champions were sure to finish last in Group 2.  Their motivation would come from “saying goodbye” to this Champions League season in style – if possible.  Vardar, in turn were sure to not only advance to the quarter-final, but also to finish at least third in the group.  In addition, the Macedonian handball powerhouse also had their chance to move up even further, winning the group, based on the assumption that Buducnost and Gyor would stumble over the weekend.

Savehof is the largest handball club in the world, but they are still not allowed to have more than seven players on the court at a time, and despite a great start with a six-goal lead and a heroic effort all the way, it was not enough in the end.  Vardar took the expected win and can enjoy first place in Group 2 at least until Sunday.

The club from Sweden got off to a terrific start against a Vardar team that mentally did not seem to be present.  Savehof stunned the otherwise loud Vardar fans in Partillebohallen by taking an early 10:4 lead.  At that point, the home team seemed to be heading towards an even greater triumph than their 32:24 win against FC Midtjylland in the same arena a fortnight earlier.  Norwegian playmaker Stine Lunde Andreassen was brilliant in attack, distributing great passes to her teammates, while being dangerous on her own as well.  Furthermore, Savehof benefited from several technical mistakes by Vardar.  In this phase of the game, Louise Sand was a particularly lethal weapon – except for one occasion, where she did not even hit the goal.

Being six-goals down, however, Vardar finally woke up.  Gradually, they worked themselves into the match and with 15 seconds left in the first half, Croatian left- wing Maja Sokac scored the equalizer – 14:14.

Now, Vardar had the upper hand but not by much.  They really could not shake off Savehof  and for a long time the score was changing between a one- and a two-goal lead for the visitors, while Stine Lund Andreassen kept her high-level play from the first half, adding five goals on six attempts.  If she continues like that, it cannot be long before she catches the eye of Norway´s national coach Thorir Hergeirsson.  However, not even Andreassen´s efforts were enough in the end, when Vardar doubled their lead to four goals.  Savehof never gave in but the team did have to accept a narrow three-goal defeat.

For Savehof, there are no more Champions League games to play.  Now it’s all about welcoming back Ida Oden and winning their eighth Swedish championship in a row, to ascertain another Champions League season 2016/17.

Vardar will spend the weekend in anticipation of their final standing in Group 2 and which team from Group 1 they will challenge in the quarter-final.