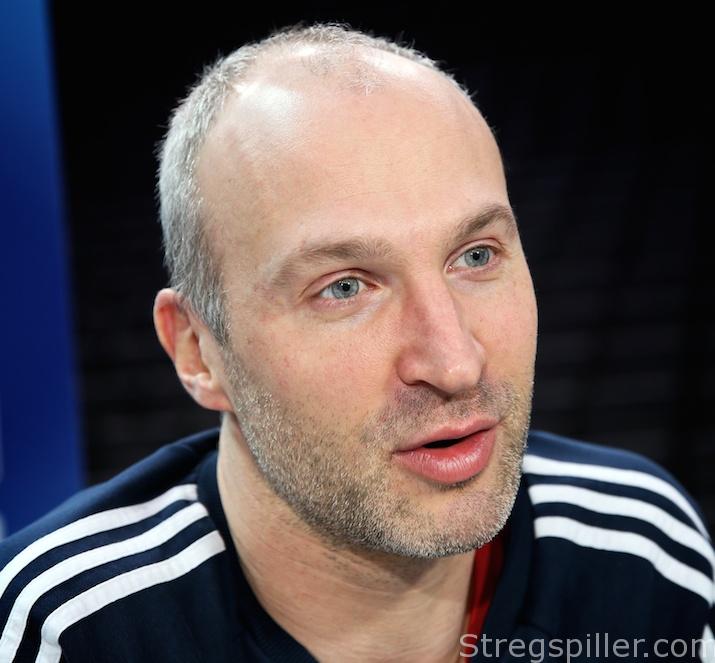 He is the greatest

It’s been a little more than a week that two of the greatest handball players of all time decided to retire from national team duties.  Their careers will go down as some of the most successful in all sports.  Legendary goalkeeper Thierry Omeyer and left-back Daniel Narcisse have probably won more trophies than their respective show cases can handle.

It’s no coincidence that both of them have won “World Handball Player of the Year” honors and if a team can field three superstars at the same time, including three-time winner Nikola Karabatic, it virtually guarantees trophies – lots of them.  All of the aforementioned three played for THW Kiel, the French national team.  Currently they wear the uniform of Paris Saint-Germain.  Between Omeyer and Narcisse it’s hard to tell who has been the better player – it’s easier to determine who has been the more successful one.

Thierry Omeyer is a title collector. He has won ten major tournaments with “Les Experts”, including two Olympic gold medals.  Narcisse was a member of all these teams as well, but on the club level Omeyer will be hard to beat by anyone.  In 2002 he won the French championship for the first time and, until today, he has won the domestic league every season, except for 2011 and 2014.  And do I really have to mention twelve domestic cups?

Add three Champions League titles to the list, including a “Triple” with German club, THW Kiel.  In the 2011/12 season, the team didn’t lose a single game in the Bundesliga.  Actually, the team won all games and Omeyer made the difference in many of them.  He has been – no doubt about it – the best goalkeeper of his generation.  His habit of putting up big performances in big games cannot be disputed.  Whenever his side needed a game-saving stop, Omeyer delivered.

Of course, he also has flaws that have nothing to do with his skills.  The now 40-year old might come across as a little arrogant to people who don’t know him better.  Honestly, I couldn’t tell either way, as I have spoken to him personally only on a few occasions.  Let’s say there are other athletes who are easier to talk to.  But Omeyer was not out there to make friends, but to win.  And that he did -big time.

I guess he also wasn’t the easiest teammate to play with. His back-ups were exactly that – back-ups.  Just ask Henning Fritz, Mattias Andersson or Vincent Gerard how it feels to play with Omeyer.   Maybe you need a certain kind of attitude to become the best, otherwise you find yourself on the bench way too often.  And since he almost never had any off-days during his prime, Omeyer didn’t leave a lot of playing time for his colleagues and competitors.

It’s hard to say when Omeyer was at his peak, but I remember best the time between his two Champions League titles with Kiel as his era of total domination.  The French team looked almost unbeatable and THW won a whopping eight out of twelve possible titles if you count the available trophies in the domestic league and cup as well as the Champions League.

Right before Omeyer’s star began to shine, Henning Fritz and Arpad Sterbik won “World Handball Player of the Year” honors.  Just some more reasons pushing him to greatness.  His overall demeanor and will to win made him the best – possibly the greatest goalkeeper of all times.