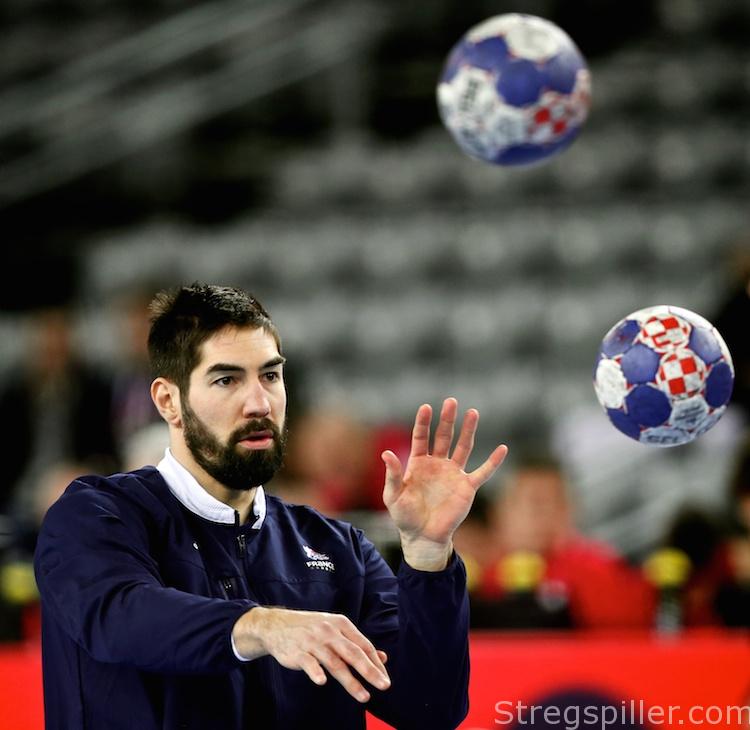 “Nikola Karabatic is in town!”

The news shocked everybody in the world of handball. Even French journalists back in Paris were caught by surprise when the news spread late, on Friday evening.  The decision of Karabatic’s return came after a lackluster victory against Brazil; a “success” that made it clear that without the 34-year old player, the French back court doesn’t look the same.

Can the player from Paris Saint-Germain solve all of the problems ?

“He’s only here to see how fit he is – he’ll take part in the practice sessions from Sunday onwards,” said Didier Dinart in the official press release.

But you don’t expect a player like Karabatic to come all the way to Germany to just practice a bit of handball. Here is how the situation unfolded over the past few days: Last Thursday, Nikola Karabatic resumed training with Paris’ B-team and didn’t feel any major pain and therefore received the green light to travel to Germany.

The way things stand it’s not a win-win, but a win-win-win situation. If everything goes as planned, everybody has something to gain from his early come-back. The player will play in his 15th consecutive major competition, as he hasn’t missed one since 2003. For France the arrival of their icon will be a game changing moment and for his club in Paris the risk is a calculated one.

For sure, Didier Dinart will never take the risk to injure his friend Nikola.

The only guys who might feel somewhat “cheated” are his French teammates. They were told by Didier Dinart that there would be “no shadow hanging around”,  “no hope for Karabatic’s early return”.  Feeling fooled by the boss is a slight understatement.

Yes – Romain Lagarde and Kentin Mahé didn’t show their best handball in the opening game against Brazil, but with the threat of being ejected as soon as Karabatic will be ready, it’s hard to see how they’ll improve any time soon? While Dinart may use the preliminary round to build confidence, Mahé, Lagarde and some of the others might be afraid to take risks going forward as any failure may result in their departure.

There is not set plan for Karabatic’s return to the court – at least it’s not clear, yet.  And there still are a number of unanswered questions.

Could Nikola Karabatic be on the pitch at the start of the main round in Cologne? Or even earlier?

Maybe he’ll see a bit of court time against Russia, in the last match of the preliminary round? It may be a good opportunity for a dress rehearsal before things will get serious.

At this point there’s only one certainty – the king is back and this  may change everything.