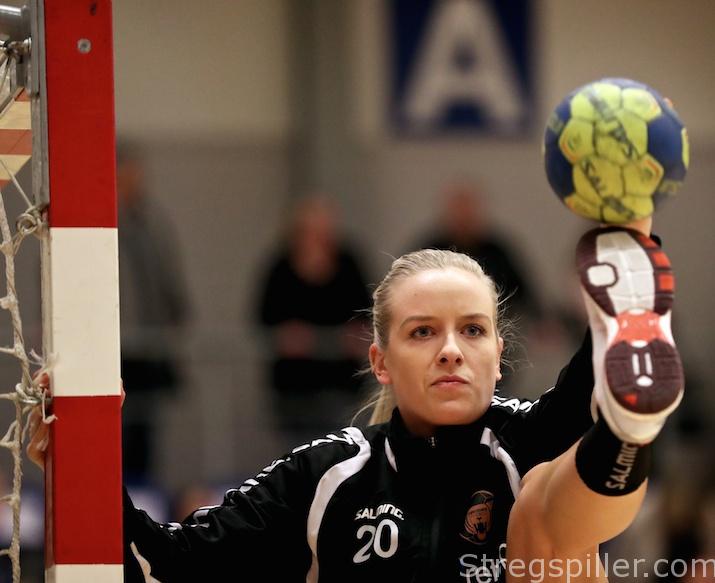 FEATURE – It has been seven years since a Danish team last won the Women´s Champions League.

However, new powerhouses like Odense Håndbold and København Håndbold give fans of women´s handball in Denmark every right to hope for a new golden era at club level.

“The trophy has its home in Denmark.”

This was the headline that I chose for an article, I wrote in a Danish magazine back in 2010, at a time when Danish teams had won the Women´s Champions League five times over the course of the previous six years.

As many will remember, Viborg HK went all the way later that year, accomplishing their third Champions League triumph – Slagelse accomplishing the other three, making it six wins in seven years.

Only Zvezda Zvenigorod, the Russian champion won the competition in 2008, and  managed to squeeze in between the two Danish teams that shared the Champions League title between 2004 to 2010.

However, Viborg´s triumph in May 2010 was the last time a Danish squad would lift Europe’s premier handball trophy.  Still, Danes kept claiming that their league was the strongest women´s league in the world.

And they were correct, considering their own definition of “strongest league in the world”, where the seventh best Danish club can easily beat number seven in any other league.  It’s still true.

As far as the top teams are concerned, it’s a different story.

In the seven years, that have passed since the most recent Danish Champions League victory, a semi-final berth of FC Midtjylland in 2014 – the first year of the FINAL4 format – has been the best a Danish team could achieve.

Meanwhile, the money is paid in the “East”, and Danish clubs have lost their ability to compete in the ongoing battle for the best players.

However, missing money has not been the only reason for Denmark’s setback in recent years.  Lack of continuity and structure has also played a part in the decline, as former Randers, Viborg and København coach Martin Albertsen recently pointed out in his interview with stregspiller.com.

“Coaches and management change too often in most Danish clubs, and that makes it hard to maintain continuity and an ongoing strategy over time,” says Albertsen, who is now in charge of German champions SG BBM Bietigheim.

However, there are signs, indicative of better times for Danish women´s handball in a not too distant future.

The successful days from the first decade of this millennium may be coming back sooner than many think.

Not this season, though.

Danish champions Nykøbing Falster and league winners FC Midtjylland are in for a tough season in the 2017/18 Champions League.

Both clubs are likely to make it to the main round, but thereafter there won’t be much more to gain for either team.

At first sight, Nykøbing´s group may not look all that frightening – apart from CSM Bucuresti.  Krim Ljubljana and Vistal Gdynia are not the scariest opponents in the tournament.

Still, being debutants in the Champions League presents a challenge, usually.  Nykøbing is a good example illustrating the lack of continuity Martin Albertsen has been speaking about.

After two successful years with Niels Agesen at the helm, Jakob Larsen – following a promising stint at GOG’s men’s team – has taken over.  He has never coached a women’s squad before.

In addition, Nykøbing had to replace key players like Nathalie Hagman, Mette Gravholt and Pernille Holmsgaard.  Overall their team appears somewhat weaker compared to the outfit that won the Danish championship back in spring.

Helle Thomsen was sacked as head coach just before the start of last season, and the director as well as sports director of the club have also been changing more than once within the past couple of years.

Midtjylland will be facing Gyor, Rostov Don and Brest Bretagne in the group phase – possibly proceeding to the main round but it’s not a given.

You cannot expect to have success in the Champions League, when you “sell” key players like Sabina Jacobsen less than two months before the start to the new season.

I have put the term “sell” in quotation marks, as Danish TV station, TV2, revealed that Midtjylland received no transfer fee from her new club, CSM Bucuresti, even though Jacobsen had two years left on her current contract.

Reportedly, FC Midtjylland will be backing out of women´s handball after this season in order to focus completely on football while a group of local investors are rumored to be taking over the handball team.

A premature “cost reduction” seems to be the only plausible explanation for the Jacobsen “deal”.

No matter what other explanations there may be, it is clear prove that Midtjylland have given up on any Champions League success already before the first match of the season.

On the outset of the upcoming season, it looks like Danish fans won’t have much to celebrate on the European level, things look considerably brighter in a year´s time.

Odense Håndbold seems to become the new force in Danish women´s handball, and pundits see them as the country’s next number one.  This includes bookmakers who assign odds as low as 1.87 for Odense winning the 2018 Danish championship.

København Håndbold missed their chance to play in the 2017/18 Champions League edition, after losing a three-legged Danish championship final against Nykøbing.  But club owner Kim Mikkelsen still has the goal of reaching the FINAL4 within the foreseeable future.

It will be interesting to see if he is willing and able to put the necessary funding behind these ambitious plans.

Obviously, Odense as well as København will need further reinforcements in order to reach the FINAL4 of the Champions League, but they may get a helping hand from Sergey Samsonenko!

The Russian owner and financier of Vardar Skopje recently announced that he will not support the club after this season anymore.

If he sticks to his decision – and if new investors do not take over – expect many of the top players looking for a new handball home.

This will apply to Vardar’s men and women alike, and not all of the female players will be able to join Gyor, Bucharest or Rostov Don – some of them will have to look elsewhere.

There will be a large number of players in the market at the same time and it will influence salary levels.  Some of these players might be even within reach of Denmark’s top clubs – like Odense and København.

“Let’s wait and see what actually happens in Vardar, but there is no doubt that if so many top players have to find a new club on short notice, it will influence the market.

“A player like (Andrea) Penezic would be a scoop for any Danish team, for instance,” he says.

“However, it is still hard to say if we will see a Danish team in the FINAL4 any time soon.

“Odense will probably need some further reinforcements in order to get that far, but add a couple of Danish internationals or one or two top foreign players and they may be a contender.

“As for København and Viborg – who I still consider among the top teams – I think these clubs are way below FINAL4 level.  But of course, I do not know how much money København will be able to put behind their plans,” says Klavs Bruun Jørgensen.

Jan Pytlick, head coach of championship favorite Odense, is far from being convinced that his former boss will pull the plug in Skopje.

“Samsonenko is a very emotional man.  Let’s see if he does not cool down after a while,” says Pytlick who is reluctant to admit that his team is the favorite for winning the domestic title in 2017/18.

“I really see the championship as wide open, and our goal is simply winning a medal.

“We may have signed some Danish internationals, but several of them are very young and inexperienced.

“Certainly, our ambition is to reach the FINAL4 of the Champions League one day, but we have not set a time for this goal, yet.

“First, we have to qualify for the Champions League, and that requires either winning the league or the championship.

“And in order to reach the FINAL4, we would need some further reinforcement in the form of a couple of experienced players.

“However, the financial resources are available,” reassures Jan Pytlick.

Still, plenty to look forward to as at least two Danish teams will aim for the Champions League FINAL4 in the not too distant future.