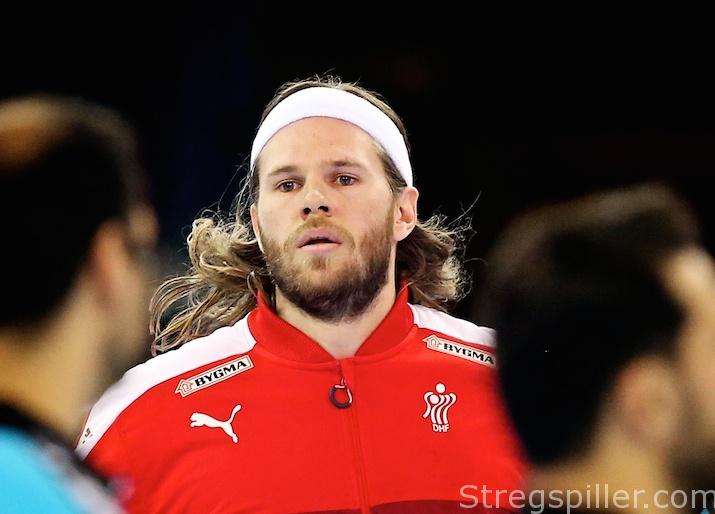 “Hopefully, this FINAL4 will be mine”

INTERVIEW – This year, Mikkel Hansen is experiencing his fourth FINAL4.  So far, the 29-year-old Danish international has never lifted the Champions League trophy.

In fact, a second place at the first visit to Cologne is still his finest achievement.  No wonder, he hopes for the ultimate success with Paris Saint-Germain in 2017.

“Hopefully, this FINAL4 will be mine.”

The statement from Mikkel Hansen comes to no surprise.  This year, he will be visiting the season-ending tournament in Cologne for a fourth time in his career, but so far he was unable to win the title with any of the three clubs that he represented.

In his very first FINAL4, in 2010, with FC Barcelona, he and his Spanish club reached the final game, only to lose against THW Kiel.

Two years later, he was back at Lanxess Arena, this time representing Danish AG København.  On that occasion, a third place was the ultimate result, as it was last year with Paris Saint-Germain Handball.

Following the loss in the semi-final against Kielce, when head coach Serdarusic benched Mikkel Hansen for almost the entire second half, PSG finished third, defeating Kiel the following day – with Hansen on the pitch all the way.  That’s the past and today Mikkel Hansen does not want to speak about last year anymore.

“Aside from wanting to take the trophy, I am very much looking forward to playing the FINAL4.

“I guess, any player who gets thus far should feel some pride, as the FINAL4 is the ultimate event in club handball.

“It is simply the finest competition you can play at the club level,” Mikkel Hansen tells stregspiller.com.

Among experts and fans alike, Mikkel Hansen can find a lot of support for his wish of finally winning the Champions League.

It seems to be consensus that PSG are the biggest favorite of all the teams.  But Hansen does not necessarily see it this way.

“Only the absolutely best teams make it to Cologne, and it’s almost impossible to pick a favorite among the four clubs.

“That’s also the case this year, I think.

“All four squads are more or less equal, and it will undoubtedly depend on a team’s form on that particular weekend (June, 3-4 ed.) which decides it all,” says the hard shooting left-back, who is not short of international trophies.

He became European champion with Denmark in 2012 and Olympic gold medalist in 2016.  Furthermore, he has been awarded World Handball Player of the Year, twice.  Yet, there are two titles that he has not won – a World championship – and the Champions League.

No wonder, he is keen on getting his hand on the Champions League trophy.  He and his teammates will play the first semi-final of the 2017 FINAL4 against Veszprém.

The Hungarian side is another team still yearning for their first Champions League triumph.  In Veszprém´s case, it will be their fourth attempt to go all the way.

But to Mikkel Hansen, the draw did not matter much.

“As I said, all teams are equally strong when you get that far.

“Veszprém and Barcelona are both well-known, international top teams and very familiar with this kind of event, while Vardar may be new to this format, they are still a team which has proven their right to be there after winning the group and defeating Flensburg clearly, in the quarter-finals.

“No semi-final will be any easier than the other,” he finds.

He should find encouragement by the fact that PSG appear to be stronger than in the previous year, at least on paper.

The arrival of Nedim Remili and Luka Stepancic on right-back and Uwe Gensheimer on left-wing are only a few names in support of it.

“Obviously, these signings are reinforcements but I also find that we have become stronger as a team.

“We have grown together as a group, and we simply work more as a team, now.

“In that respect, we are also much stronger than before,” he explains.

One could also argue that PSG have strengthened by meeting tougher resistance in the French league, when considering the good results of French clubs on the European stage.

This season, Montpellier reached the quarter-finals of the Champions League, Nantes made it to the round of Last-16 and Saint Raphael have qualified for the Final Four of the EHF Cup.

“The French league has become tougher in recent years, obviously.

“Apart from the numerous great French players and the many new French talents, some interesting foreign handball players have joined French clubs over the years as well.

So, I think you will see the French league becoming even stronger in the near future,” expects Mikkel Hansen.