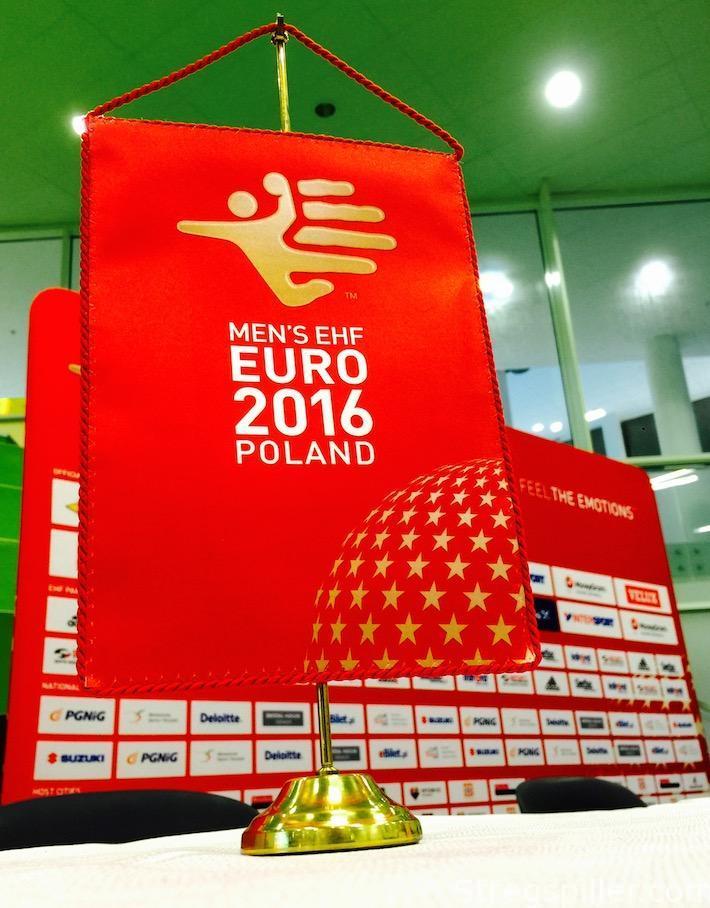 Being the host of the Men´s Handball European Championship later this month makes Poland’s people proud, explains Marci Herra, the head of the Local Organizing Committee.

Wishing all our readers a Happy New Year 2016, we begin to look forward to the Men´s European championship, which starts in Poland later this month.  The requirements for the organizing country seem to exponentially increase from each World- or European championship to the next.

The host typically feels the need to improve on what the previous organizers achieved.  In a couple of weeks it will be Poland’s turn to showcase the next “best” European championship – the EHF EURO 2016.  And Poland has been working hard, for a long time, to meet the requirements of the EHF and the expectations from the many visitors that will travel to the country between January, 15 – 31.
Already, the Local Organizing Committee gave seven international press conferences – at all World- and European championships within the past three years – to explain how the preparations were coming along.  According to Marcin Herra, head of the Local Organizing Committee and vice-president of the Polish Handball Federation, everything will be ready and on-time.
“We are in the final phase of the preparations and I can promise everyone who is going to visit the tournament a great experience,” Marcin Herra tells stregspiller.com

But Poland’s capital, Warsaw, is excluded from this event as spectator interest is expected to be more significant in the other four, chosen locations.   The city of Krakow will host Group A, including the home team, the ruling champions from France and FYR Macedonia and Serbia.  All Group 1 games of the main round and the final matches will be played in Poland’s second largest city as well.
In Wroclaw, Spain, Sweden, Slovenia and Germany will meet in Group C.  The town will also be the venue of the main round of Group 2.  Denmark, Russia, Hungary and Montenegro will compete in Group D in Gdansk, and Croatia, Iceland, Norway and Belarus meet in Katowice (Group B).

“We have experience with big events because of organizing the European Football Championship in 2012 (together with Ukraine, ed.) and we have been able to use the learning effects from that event again this time,” explains Marcin Herra, who emphasizes that hosting the European championship is something that fills the Polish nation with pride.

“The European handball championship is a great event for everyone in Poland.  It will be one of the largest sports events in Poland for several years to come and it is definitely going to the greatest sports event in our country in 2016,” he says.
Ticket sales for the tournament have been successful as the interest was huge from the very beginning.
“When we put the first batch of tickets on sale, it was gone within two minutes and the second, larger lot, was sold out in 13 minutes.  Right now, we are close to having full arenas almost everywhere on nearly all match days,” states Marcin Herra.
“Among the fans outside Poland, Germans are the ones that have bought most tickets so far; followed by the Danes, Swedes, Norwegians, Icelandic and French.  In Gdansk, we can already look forward to a Danish party with more than 2,500 Danish fans in attendance for each one of Denmark´s matches in Group D,” he reveals.

An event like this cannot take place without volunteers – lots of them.  Any organizer of any major competition has gone through the experience and it won’t be different in Poland.
However, Polish organizers seem to be able to work with fewer volunteers than Denmark, who had around 1,200 volunteers for each one of the two most recent championships the country had the honors of presenting (i.e. the Men´s European championship in 2014 and the Women´s World Championship in December 2015).
“We did not have any problems recruiting volunteers for this event.  As a matter of fact, we got far more applications than we needed and from those we picked the 840 volunteers.  The volunteers are undergoing thorough training in specific areas, so they can be most effective assisting all our visitors during the championship,” explains Marcin Herra who is also looking forward to 2023 already.
Then, Poland will be dealing with yet another major championship.  At that time, the country will be arranging the Men´s Handball World Championship together with Sweden.