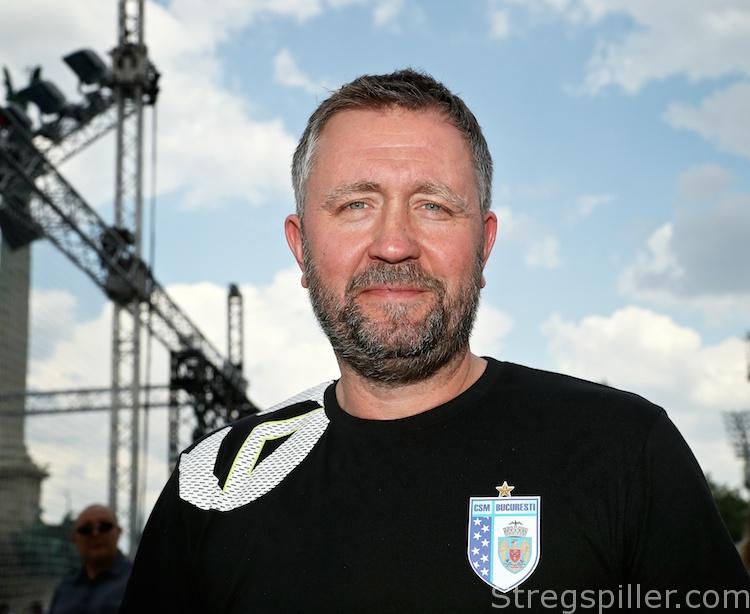 “How much are you willing to sacrifice?”

INTERVIEW – For the second year in succession, Per Johansson has been brought in as temporary coach at CSM Bucuresti right before a FINAL4. He admits that the situation is special.

Reaching the Champions League FINAL4 without having to go through a myriad of sometimes tough matches over the course of a season and qualify –it sounds to good to e true? It would be a dream?

But for Swedish coach, Per Johansson, this situation is not new at all.  Last season, he was called-up by CSM Bucuresti shortly before the FINAL4 and after his predecessor had been sacked.  The move resulted in a third place for the Romanian handball powerhouse and 2016 champion.

Now, 48-year-old Johansson is back in the Romanian capital and the conditions are just like last year’s.

Johansson, who is also national coach in Montenegro was brought in recently after Helle Thomsen was let go and when this season is over, he may say goodbye to CSM once again.

“I have grown accustomed to jumping in on short notice.

“It was the same when I took over Montenegro for the World Championship back in December.

“At least, I enjoy the advantage of having the same assistant here and in Montenegro.

“We know each other very well and I also know the club by now – so it has been easier this time,” Per Johansson explains.

Yet, he realizes that he’s still in for some kind of a challenge.

“Already, when I watched CSM on TV, I noticed that the team has a stability issue.

“I also saw it when I took over and we still have this type of problem.

“But we have been working very hard in trying to find a system that could get us better stability. In addition, we have been working a lot to raise the spirit in the team. But right now, of course, it is just a wonderful feeling to be at a FINAL4 again,” says the Swedish coach who is well aware that the lack of steadiness has a lot to do with the turmoil inside the club.

“It is obvious that it has something to do with it.

“They have had several different coaches and this has confused them.

“In this respect, however, I think it was good for the team that I came back because they know me.

“Furthermore, I know a lot of the players from other engagements. So, I think it was a good choice to bring me back once again, as I did not have to start from scratch.

“I hope and believe that we appear more like a team, now.

“What decides (the FINAL4) in the end is heart, soul and passion,” he says

Impossible to do everything in such a short time

“Tactics alone won’t do it.

“Bougeant does tactics, Ambros does tactics, I do tactics, but in the end, it is all about your soul – how much are you willing to sacrifice” finds Per Johansson.

He admits that there are limitations to what he has been able to bring to the team with the little time he had.

“I think we cannot add so much, but to me it’s important that I may have triggered a better team spirit.

“What I hope to have added is more spirit, more heart and more dedication,” he says, putting his hand on his own heart.

“Tactically, it is about sticking to the system and performing in a disciplined manner. You do not win the Champions League if you do not play disciplined.

“Perhaps, fifty per cent of what I have tried to instill into the team is about discipline and the remaining fifty per cent has been about handball,” says Per Johansson.