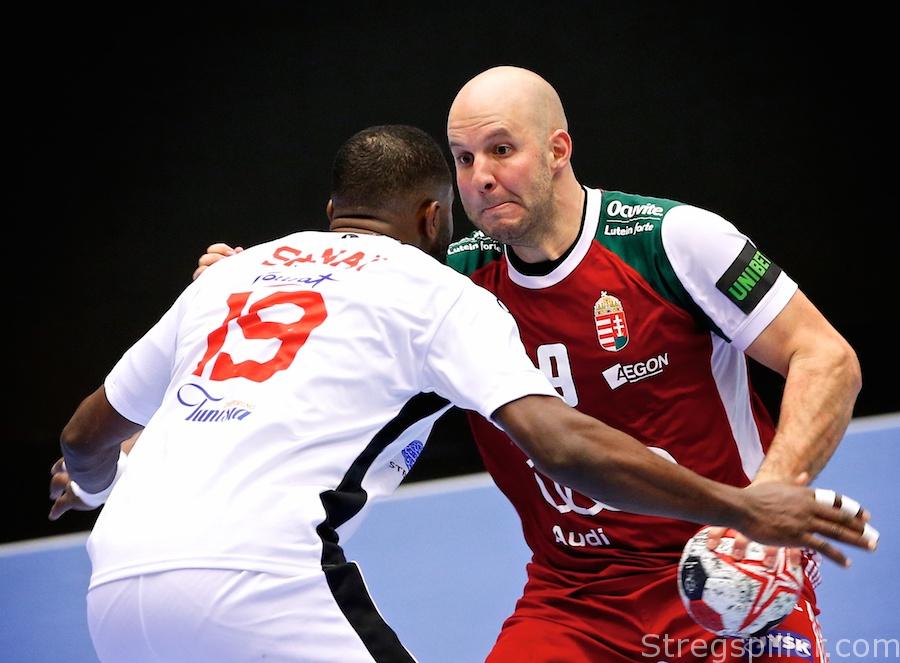 MATCH REVIEW – Hungary did not have much trouble defeating Tunisia while keeping their hope to reach the Olympic qualifiers alive.

Hungary and Tunisia had less than 24 hours of recovery time after their first main round matches, losing 25:22 against Denmark and 35:23 versus Sweden, respectively.

Neither team had a chance to reach the semi-final, but Hungary were still aiming for a 7th placement at the World Cup, a spot that could possibly allow them to reach the qualifiers for the 2020 Tokyo Olympics.

From the perspective of Hungary the importance of the match was further emphasized by the fact that the backcourt players, Zsolt Balogh and Rikhard Bodo, were both on the team sheet, although they were dealing with injuries.

For Hungarian playmaker, Mate Lekai, preparations for the match were special – to say the least – as he took a flight, leaving Billund airport at 4.30 a.m., to Budapest, to be present as his wife was giving birth.

The travel schedule did not seem to impact Lekai, as he delivered a great performance as playmaker, while scoring seven goals.

As in several of their previous matches, Tunisia only followed their opponent in the beginning, but this time they were able to keep the distance down to two goals at half time.

In the second half, Hungary left no doubt, which team would leave the court as a winner.

Tunisia’s 5-1 defense formation did not longer present a serious problem to a Hungarian attack, which carried more weight and shooting power.

Hungary went up by seven goals up before Tunisia managed to put some cosmetics on the final result.