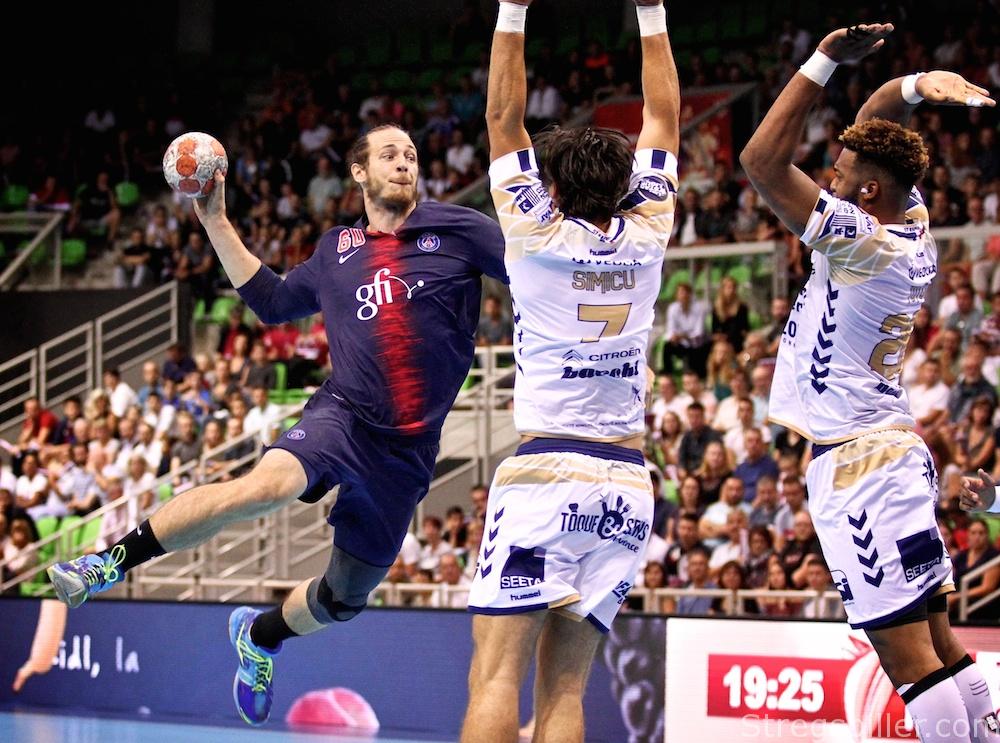 “I always try to leave all doors open”

INTERVIEW – Kim Ekdahl du Rietz is definitely a player hard to catch. Following his decision to leave handball at the end of the 2016/17 season, he elected to re-join Rhein-Neckar Löwen in March of this year before signing a new contract in Paris.  A good time to talk with the man who openly admits that handball is not his priority in life.

Is it a surprise to see you back on the handball court?

KEdR:  I don’t know…you should ask the people. But honestly, I didn’t think I would come back either.

If I tell you that I’m surprised to see you back, is it something you would agree to?

KEdR:  Of course. If you’d asked me a year ago where I would be today – I never thought I’d be playing handball again.

Did the pause in your career do you any good?

KEdR:  Oh yes. I would do it exactly the same way if I had to do it again. I’m very happy that I did it and it’s part of the reason why I’m here today. I needed a break.

KEdR:  That’s a question I tried to answer as well. I just got bored and I just didn’t want to carry on playing handball at this particular moment. That’s why I just couldn’t take it anymore.

Did you miss handball during your break?

KEdR:  From time to time – yes. I spent nine very nice months but sometimes I missed handball. I traveled a lot – went to Africa, to America, to Sweden, France – and it was great.

Is there a lesson to learn from your experience?

KEdR:  Actually, there’s a lot to learn but it’s difficult to sum it up in one sentence or even a few words. Personally, I feel enriched. To say that this experience or that experience was more precious than the other wouldn’t do it justice. I’m very happy that I did it and that’s what matters.

Last January, we saw you in Zagreb at the EHF EURO 2018 – I expected I’d never see you in an arena again. Did the thought of a come-back cross your mind at this point?

KEdR:  Not really, I’ve always liked watching handball. This was an occasion to meet with my “old world” again and re-connect with all the people I know if you want to call it this way.  That’s why I went there and it was a real good experience.

And how did it feel to watch Sweden play the final match at EURO 2018?

KEdR:  At first, I was surprised. But I didn’t feel much to be honest and I certainly did not get the feeling ‘I’d like to be there’. It’s been four years since I quit playing with the national team, so it’s really something that belongs to the past. Of course, I was happy for them but at no point did I think that I’d like to be a part of it.

By the way, is your international retirement something that you will not reconsider ever?

KEdR:  I think it is…you never know. For me, it’s rare when things are 100% certain as you may have noticed (laughs).  That’s just part of who I am and my personality. I try to leave all doors open but for now I have no reason to come back.

What was the thought  process behind your decision to come back to handball?

KEdR:  It took some time. Just like the decision to stop – so many factors were involved. Small details, coincidences, things that may or may not fall into place. For me taking the decision to come back to handball was a little bit of a journey.

How did you experience the moment when you re-entered the court with Rhein-Neckar Löwen?

KEdR:  At first it felt weird – as I was on the train from Bordeaux, my last stop before Mannheim – to play handball again. By the time I set foot on court, I was extremely anxious because it was different to come back. It has been a long time since I have been that nervous. But then routine kicked back in and it felt like I’d never left.

That’s exactly the impression I got when I saw you playing your first few games again.

KEdR:  I kept in shape a little bit when I was away. And Rhein-Neckar was my team and in a way it still is – I spent five and a half years there. I knew everything by heart, the system, the players – not much had changed – it made everything easier.

Did the break in your career provide you with the opportunity to see handball and / or life of a professional player, differently?

KEdR:  Today, I’m happier about my situation. I had to take a break to set the record straight and start it all over again.

Is it a pleasure again?

KEdR:  Pleasure? I don’t know… it has never been a pleasure to me; handball was never my passion. Everybody around me knows that. But I’m happy where I am right now.

KEdR:  I know that. You don’t get to hear it that often, especially from players talking to the press. But after taking my decision, it felt that up to a point, I was making many players’ dreams come true. A lot of players came to me and told me that they would like to stop and take a year-off as well, but they couldn’t.

Keeping all of it in mind – how do you adapt to Paris, a club at the highest level of handball you can find?

KEdR:  It’s been a long time that I joined a new team; I got out of my comfort zone – Rhein-Neckar was home.  And now, that I’m in Paris surrounded by players at such a high level, of course it’s different.  But that’s why I joined. I like it when there are changes in my life. Back then, it was a big part of my decision to stop. It felt like I was doing everything the same way everyday and I had to stop.

Can we conclude that this need for change was as important in your decision to sign with Paris?

KEdR:  To me that’s how life should be.  Look outside, don’t be afraid to make changes, don’t get stuck in one place, that’s how I feel alive. I’ve been here before, as a tourist but I’ve never been a huge fan. But, slowly, I’m starting to like it, I’ve discovered some very cool places and I’m very happy to be here (in Paris ed.)

Is it true that the usual talk – “I wanted to come to Paris to win the Champions League” – doesn’t apply to you?

KEdR:  It’s the whole package that attracted me. Winning the Champions League would be great, I always said that I wanted to qualify for (the EHF FINAL4 ed.) Cologne at least once. I’ve been there many times as a spectator and I know that this probably is the biggest event in the world of handball.  And with this team, I just can’t say I want to play the FINAL4, the goals are much higher.

You’ve seen a lot, the Olympics, winning the Bundesliga – does it feel like the VELUX EHF Champions League is the last box to tick in your handball career?

KEdR:  I’d never thought about it this way, but yes, now that you say it. At first glance, I’m not particularly moved by the thought of winning the Champions League. But I remember how it was playing the (2012 ed.) Olympic final and winning the title in the Bundesliga. Before the break, it was like… ‘allright I did it’, but talking about it now, the two titles with Rhein-Neckar Löwen were among the best experiences in my life. It felt like all the work I’d put in, every day, finally paid off. So, if I can re-live this experience again – winning the Champions League with Paris – I definitely wouldn’t say ‘no’ to it.