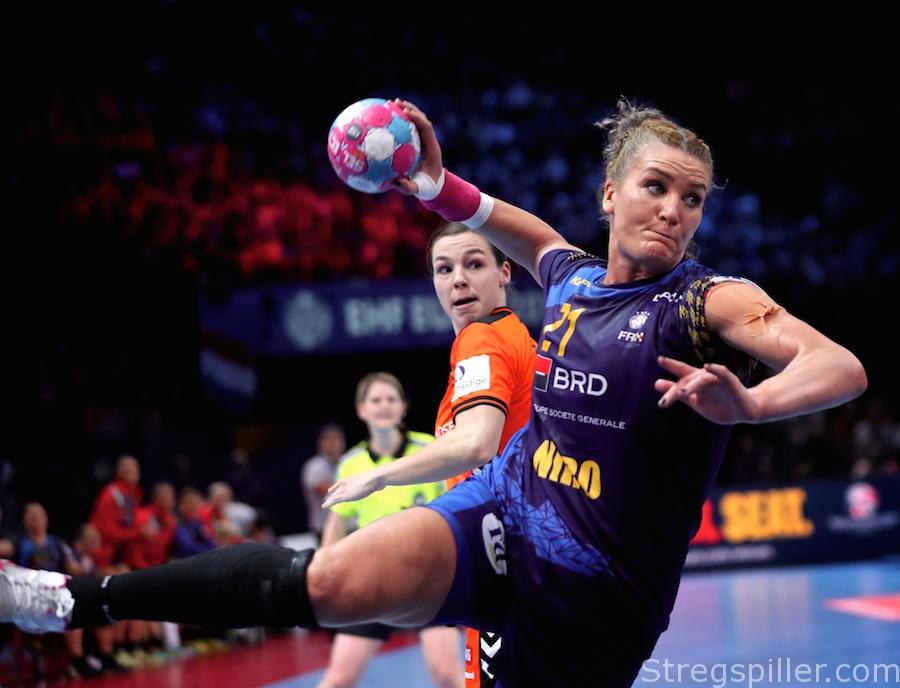 ”I am addicted to winning”

INTERVIEW – For Crina Pintea, a dream came true, when Paris 92 agreed to her transfer to Györ after the winter break.

Györ’s expectation to win every match suits her perfectly well, as she reveals in this exclusive interview with stregspiller.com.

Györ Audi ETO KC were caught off guard, when Yvette Broch announced the end of her career as handball player – at least temporarily – shortly before the start of the 2018/19 season.

Finding a high caliber line player and defender on short notice was a tall order, to say the least.  Of course, Györ had already signed Norwegian international, Kari Brattset, but all of a sudden, the club found itself in desperate need for yet another quality player.

It took the reigning Champions League winners nearly six months to come up with a solution.  The impressive performance of the 28-year-old Romanian line player during the fall season had not gone unnoticed.  Add to it several spectacular games at the 2018 EHF EURO, in France and on December 18th, Pintea signed at the dotted line, joining Györ for the rest of the season.

“I was never in doubt about making the move and join Györ and I did not need much time to reflect when the offer came.

“Getting the chance to play in the Champions League again also played a big part in my decision,” explains Crina Pintea, who got a first taste in Europe’s premier league, when playing for Thüringer HC between 2015 and 2017.

A success from the start

The beginning in Györ was a success from day one.

In her very first Champions League match with Györ, she played against no other than CSM Bucuresti (Romania), and let’s just say this – she did not hold back.  Nine goals later, she and her Györ teammates had dealt CSM their biggest Champions League loss thus far – 36:27.  And, it didn’t stop there as she continued to perform at a high level.

“There’s a simple explanation for my success. I am living my dream – every game I play with joy in my heart and with a big smile.

“Another reason why joining Györ has not been so difficult is the team’s staff, the president and of course, the fans have made me feel at home from the very beginning.  In my opinion, Györ is a club at the highest level and it’s run very professional, which made it easy to settle in,” says Crina Pintea.

Yet, coming to Hungary as a Romanian is not as simple as it may look on paper – the rivalry between the two nations cannot be ignored.

The author of this article recalls an incident in Debrecen, during the 2014 Women´s European championship, when a large police force had to keep the supporters of Hungary and Romania apart after a group of Hungarian fans had turned their backs to the court, as the Romanian national anthem was played.

However, Crina Pintea has not experienced anything like that ever since she joined the Hungarian record champion.

“I think it’s only in some people´s minds. Here, they (the Hungarian people e.d.) treat me with respect and they are so kind to me,” she says.

Losing is not an option

In fact, she does not find anything to complain about in Györ. The same holds true when asked about her cooperation with Kari Brattset, her colleague on the line.

According to Pintea, there is absolutely no rivalry between the two.

“Kari as an awesome player. I love to play with her and in my opinion, we complement each other very well, which helps our team,” says Crina Pintea, who has absolutely no problems dealing with the club’s high expectations.

Winning the Champions League is Györ’s objective – every year.  Certainly, their fans always aim high and this season is no exception.

“I am addicted to winning every game that I play – so Györ and I are on the same page.

“In my mind, I do not accept to lose games. High expectations do not translate into pressure – at least not to me, as losing is not an option,” she says.

Crina Pintea is quite optimistic when assessing Györ´s chances to win the 2018/19 Champions League for the third time in succession.

So far, Györ have already won their main round group and will meet one of the two Danish teams – Odense or Kobenhavn – in the quarter-final.

“If we all stay healthy until the end – that’s most important – and if we play our best handball in every game, we definitely have a good chance to win the trophy,” says the experienced line player.

As mentioned before, her contract in Györ will expire at the end of the season and it won’t be extended. After the summer break, her position will be assumed by French World- and European champion, Beatrice Edwige, who will be joining from Metz Handball.

Right now, Pintea does not know what the future will hold.

“Unfortunately, I will leave Györ after this season. That’s really sad for me, but life goes on and I will wait and see what happens next,” she says.