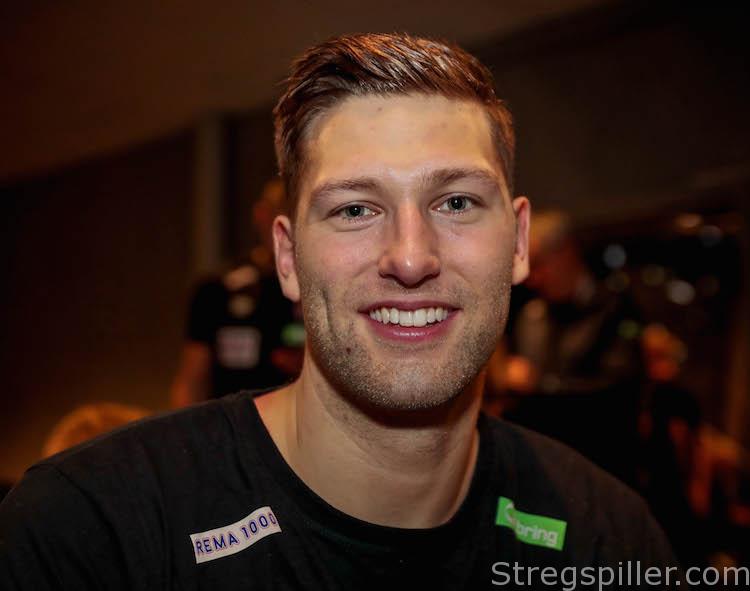 “I am just happy to be here”

INTERVIEW – Harald Reinkind speaks to stregspiller.com about his late entry at the 2019 IHF Word Championship and adjusting to a new life at THW Kiel.

Having a break from a tough handball regiment – physically and mentally – may seem like a dream for any professional handball players.

Not if you are a player who has hoped for a nomination to the national team before the ongoing World Championship, in Germany and Denmark.  This was the situation for Harald Reinkind until recently.

Much to the surprise of many of the pundits, the in-form right back from THW Kiel did not make the cut, when Norway´s head coach, Christian Berge, announced his final squad for the World Cup.

But, a broken hand of Veszprém star, Kent Robin Tønnesen, opened the door for Reinkind , and now, the 26-year-old is in Herning to represent his country.

“Right now, I am just happy to be here – I had already given up hope.

“Of course, I have not played as much handball as the rest of our players, as I didn’t participate in any of our test matches.

“All in all, I think everything went well and that I got off to a fine start at the championship just as the rest of the team did,” says the 201 cm tall left-hander, who is used to perform in high-stake games on the club level at THW Kiel as well.

“I can certainly handle this type of pressure. In the national team we also feel the expectations, especially this time.

“It’s a big advantage having been in such situations before. I am used to such expectations having to win the big matches. We’re all feeling the pressure from the folks back home, and I am sure out ability to deal with it can be an advantage at a later stage in the championship.”

One of three right backs

He is one of three right backs in Norway’s squad, with Eivind Tangen (Skjern) and Magnus Abelvik Rød (SG Flensburg-Handewitt) as the other two.

In Norway’s national handball team, the situation is similar to the one in Kiel, where he shares court time with German international Steffen Weinhold and Serbia’s, Marko Vujin.

“It’s fine that we are trio here at the World Cup – I am used to it in Kiel as well. We support each other.

“In the Norwegian team, I think, we have an advantage because of our different skill sets

“Tangen probably has the hardest shot, while Magnus Rød can defend well in addition of being a great shooter.

I am a good defender too and may be a bit better at playing with our line players and the wings.

“That way, we complement each other quite well, and we have the ability to adapt to any particular opponent,” finds Harald Reinkind.

From one top team to another

After four years with Rhein-Neckar Löwen, winning the German championship twice during this time, he moved north over the summer, to help THW Kiel win back the championship – something the team hasn’t achieved since 2015.

“All in all, it has been a good change.

“Of course, it took some time to get used to new teammates and another style of playing handball, but as time went by, I think that I’ve adjusted quite well to the team.

“I have seen more time on the court – in general, I’d say it has been a great six months for me, especially the past few weeks.

“It may have something to do with the fact that we play a bit more of a “Scandinavian” style of handball than they do further south in Germany.

“At Rhein-Neckar, they’ve Andy Schmid who is in charge of virtually everything in the attack, while we have more players who contribute in Kiel.

We simply have more good players in Kiel,” explains Reinkind who is keen on taking his third German championship – this time with Kiel.

“We simply have to take the title back to Kiel this year! I want to contribute whatever I can and take the current top team (Flensburg ed.) down and back to the ground.

That would be extremely cool, not the least as some of my teammates in the national team are playing over there. Such circumstances make the competition even more exciting.

“Succeeding in the World Cup with Norway and winning the German championship with Kiel would make for a perfect season and allow for a nice summer vacation,” concludes Harald Reinkind with a smile.