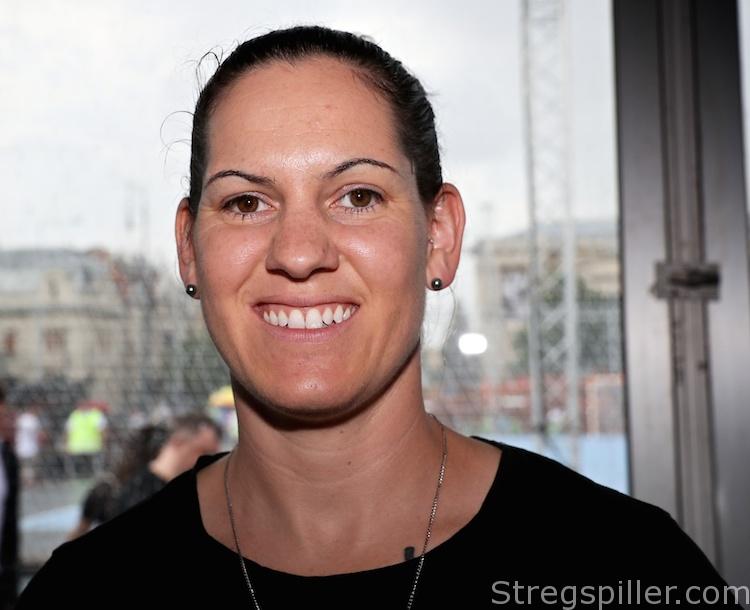 INTERVIEW – HC Vardar has been the only team participating in the FINAL4 every year since the format was introduced in 2014.

Yet, the Macedonian team never won the competition, but right back, Alexandra Lacrabére, hopes that this time it will be different. It’s Vardar’s last chance before the team will dissolve.

HC Vardar is the only club that attended the Women´s Champions League FINAL4 every year since 2014, when the EHF decided to replicate the successful FINAL4 concept from the men´s side, where it was first introduced in 2010.

However, despite appearing consistently at the FINAL4´s, the ambitious Macedonian side has yet to win the most prestigious club competition.

After finishing in third place for the first three years, Vardar advanced to second position in 2017 only losing the final match against Györ, 31:30, after extra time.

This year, Vardar are in Budapest for a fifth and last time. The team will dissolve after this season as players were informed to find new clubs and almost all of them have succeeded in the meantime. The same holds true for Alexandra Lacrabére.

The 31-year-old French international is returning to her homeland joining Fleury over the summer. But such dire circumstances do not make her any less determined to win the Champions League this time. And after having won the World championship with France back in December 2017, she is hungry for more.

“We are here to win.

“Last year, we lost the final by only one goal against Györ after extra time, and I think that our team may even be better this year.

“Compared to last year, we got Dragana (Cvijic, ed.) who is an excellent pivot, we got Kuznetsova who is a very good left wing, and – in my opinion – we have the best goalkeeper at this FINAL4 – Amandine Leynaud. And with Lekic as playmaker, I think we are stronger compared to last year,” Alexandra Lacrabére tells stregspiller.com.

While she is hoping to end her time at Vardar with a Champions League title, she also leaves room for emotions.

“I am sad because it (Vardar ed.) is a good club for players who want to play Champions League and for handball in general – it is sad to lose such a good club, I think.

“While I am disappointed, it makes me even more determined to win the Champions League now that it’s our last chance.

“I want to win it for us – the players who will leave and who will play together for one last time and for the club,” she says.

In their final effort to win the Champions League, Vardar will have to overcome the FINAL4 debutants from Rostov-Don, in the second semi-final, on Saturday evening.

“It will be hard, no doubt.

“They are not only a good team, but also a squad with very good individual players, like Barbosa, Rodrigues, and with very good goalkeepers, Mayssa Pessoa in particular. So, they will be a tough challenger.

“However, I think that we may benefit because of our FINAL4 experience.

“As a club, Vardar has been participating in all FINAL4´s thus far, and we know what it is all about.

“We know what we need to do, and what not do.

“I hope that what we have learned over all these years will allow us to win.

“I am sure it will be a good game and I can hardly wait to play the match,” says the experienced right back.