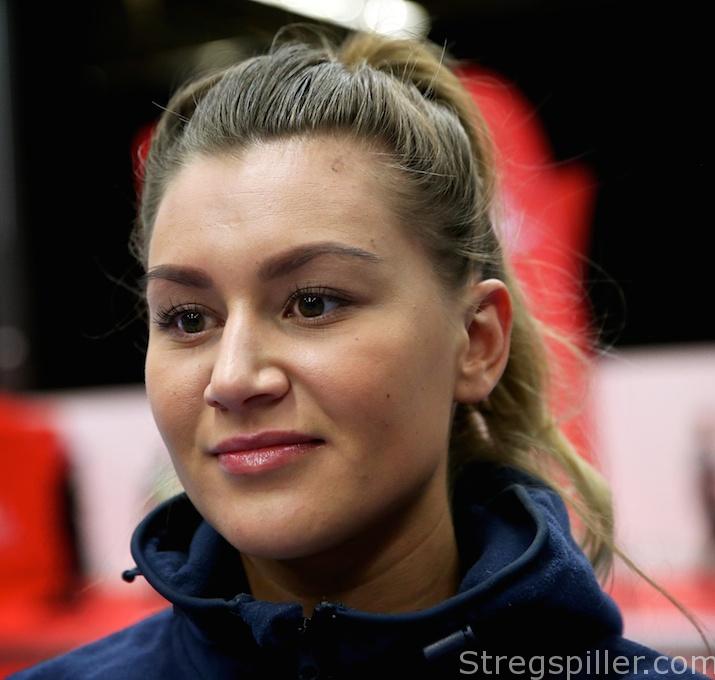 INTRVIEW – Györ are in some real danger of suffering their first defeat in 35 Champions League matches.  A loss would mean surrendering first place in their main round group, as the Hungarian champions visit Brest Bretagne this upcoming Sunday.

Despite the tough task in western France, Györ´s right back, Amanda Kurtovic, is convinced that her team will benefit from the lessons learned in their first match against the French team, which ended in a draw.

As soon as the draw for the group phase of the 2019/20 EHF Women´s Champions League season became known, none of the pundits were in doubt that Györi Audi ETO KC would cruise through their half of the competition.

The three times EHF Champions League winners enjoyed an easy draw and their main round group looked just as manageable.

Yet, one team has stepped up as a real contender.

So far, both clubs have only given up one point along the way, when they met first on January 26th.  Brest were leading for 59 minutes at Audi Arena, before Györ settled the score at 27:27.

Not surprised by Brest

Considering the performance of Brest in that match, Györ may be in for their first defeat in 35 Champions League games and consequently lose first place in Group 2.

“Of course, I expect a tough match against Brest on their home ground, which is one of the most difficult arenas in Europe,” Györ´s Norwegian right back, Amanda Kurtovic, confirms to stregspiller.com.

“Unlike some, I am not surprised at all of the achievement of Brest this season.

“They have a very good team with some very strong players, including the best goalkeeper in the world (Sandra Toft, ed.).  It is no surprise to see them at the level where they are right now.

“Still, I think we have an edge. We did not play all that well, when we met them at home and I am sure we have learned from the mistakes, which we made in that game.  And, we will be able to benefit from it in Brest.

“For us, winning our main round group will be very important, considering our potential quarter-final opponents.  This is apart from the simple fact that we go for a win in each game we play,” says the 28-year-old Norwegian international.

From one title contender to another

Before this season, Amanda Kurtovic went from one Champions League title contender to another, as she left CSM Bucuresti and joined Györ.  She made the move despite her knee injury.

During EURO 2018, in France, she tore her anterior cruciate ligament, and it was not until October 2019, before she would return to the court.

“Of course, those months with the injury, surgery and rehab were some long and dark months, and things became even worse, as there were some complications after my surgery.

“However, I got tremendous help here in Györ, where I was received extremely well and it was really cool, when I was able to play handball again.

“Now, I feel that my form is really good and I am glad that I can contribute to the team – finally,” says Kurtovic.  The fact that four other Norwegians are in Györ’s squad – Kari Aalvik Grimsbø, Kari Brattset, Veronica Kristiansen and Stine Bredal Oftedal – has helped her a great deal during recovery and thereafter.

“Of course, it has been an advantage that there are some players here, who I already knew and that we are a group, who speak the same language.

“It is great that we are five Norwegians and a Dane (Anne Mette Hansen, ed.), but I must say that all the girls here have received me well and I feel that the entire group of players work together very well,” she says.

After having won three titles in the Women´s Champions League in the last three years, Györ cannot escape their status as the odds-on favorite in the 2019/20 season.

“Of course, we all feel these expectations, but inside as well as outside expectations are not new to me and I think we have the experience and quality in the team to focus on one match at the time.

“We obviously aim for another FINAL4 appearance and once we are there, we will have to see, where it takes us.”

Defense will decide game in Brest

This week, it may be even more important than ever for Kurtovic & Co. to focus on the next match, as she is in no doubt about the deciding factor in the battle for the group win.

“We will need to tighten our defense.

“I am pretty sure that we will be able to score enough goals – our attack is strong enough.  And, if we can defend well, we will be a long way towards a win,” affirms a confident Amanda Kurtovic.