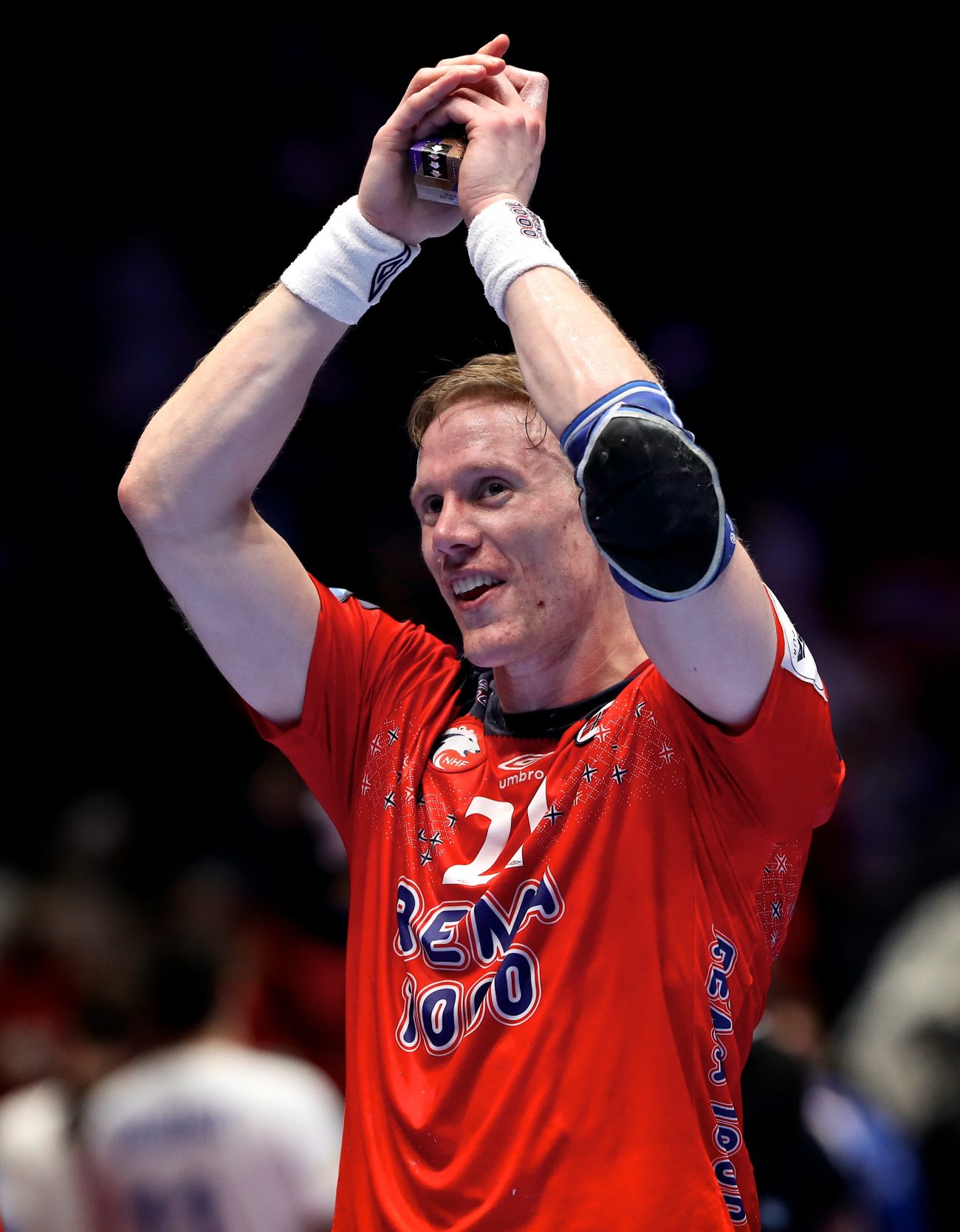 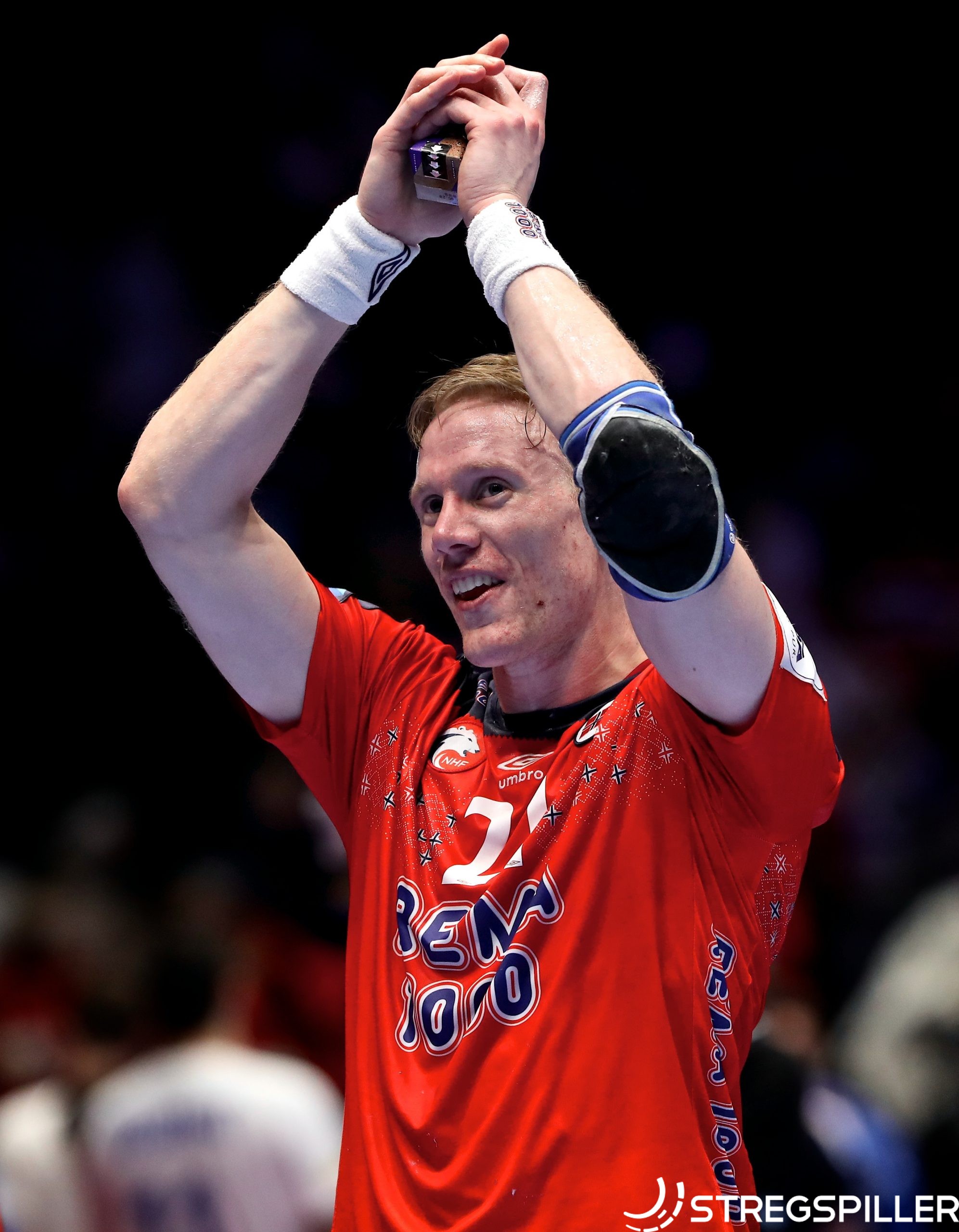 The day after Norway eliminated France from EURO 2020 all eyes were on Sander Sagosen (he scored ten goals against the two time Olympic champion) at the media call.  Yet, another player may be of even greater importance than the star from Paris St. Germain in Norway’s quest for gold.  Meet Magnus Gullerud (GWD Minden) – together with Petter Overby the line player will have to fill the void injured team captain, Bjarte Myrhol left.

In this interview he talks about the special importance of star player, Sander Sagosen, added pressure, Myrhol’s will power and the physical stress over a short period of time in the middle of the season.

The media attention concentrating on Sander Sagosen is significant to put it mildly – how do you and the rest of the team deal with it?

MG: That’s how it is. He is our brightest star together with Bjarte (Myrhol ed.) – we all know it. He gets all the pressure and the rest of us will benefit from it, as we don’t have the same experience.

How did you experience the match against France? In the beginning you missed some shots but then it worked out well?!

MG: It was very difficult. You want to accomplish a lot, especially when playing in front of a home crowd. We all knew about the situation France found itself in, but I tried to focus on my team, my performance – to apply as much pressure on the opponent as possible. In the second half it worked quiet well, I think.

So far, it’s a tournament with a number of unusual results. Denmark lost, France dropped out – do you think this is your chance to go all the way and win the competition?

MG: Yes, of course. France opened the door and we were able to send them home. Still, the main round will be very difficult. On the outset, it looked like Sweden and Denmark each have two points at the beginning of the main round, but now it’s possible that they’ll have no points. It would certainly enhance our chances. We just have to focus on the next game.

The road to the final round is very long – we have demonstrated in the past what we can achieve and we have to see if we can win a gold medal.

Norway is a homogenous team including strong players all over. When considering the recent past, Sander Sagosen looked spent in the final round of a tournament – finding the appropriate amount of time for him on the court may be the most important task for the coach?

MG: Of course, he (Sander Sagosen ed.) wants to play, certainly here in Norway in front of a home crowd. He is our most important player and it is a challenge for the coach to determine the right amount of time. He always wants to play, I always want to play, every player wants to play all the time. Towards the end of a tournament everybody is tired – we collectively and the coach have to make the best of it.

Now, that Bjarte Myrhol is out do you feel the pressure to step up?

MG: Yes – I certainly have to do more. He is a very important player for us, he is our captain, the best line player in the world in 2019 and a player with a big heart and will power. He is leaving a big gap that we have to fill. But, you can’t expect that we find another “Bjarte Myrhol”, instead I and Petter (Overby ed.) and the rest of the team have to step up to fill the void.

When you look at the format of the competition – preliminary round, main- and final round – and the amount of games during this period how do training sessions reflect the physical demands over a short period of time?

MG: To some extent it depends on our opponents, the intensity of the last match and if we have more or less energy left. Right now, we don’t have any hard practice sessions. Instead we throw the ball and focus on our physical strength. Next, we prepare for Portugal and in the main round it starts all over again depending on our schedule.