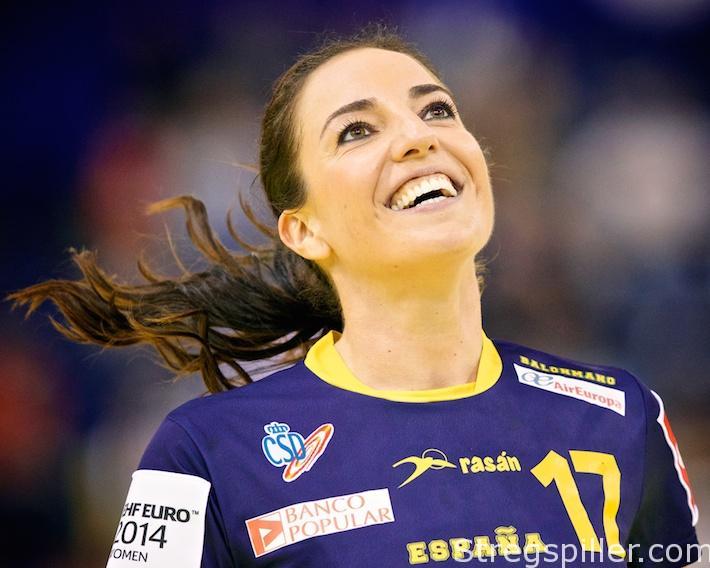 “I believe Spain is capable of throwing a surprise once again”

In a couple of days the 25th IHF Women’s World Cup will be staged in Spain from December 1 – 19 – the first one featuring 32 teams in the cities of Castelló, Granollers, Llíria and Torrevieja.

While the reigning champions from the Netherlands will aim to defend their title, the host looks to reignite the spirit, which took them to the final match at the IHF World Cup’19, in Japan.

The tournament will also shine the spotlight on a nation well known for its handball expertise, talent pool and impressive coaching skills. In fact, not many countries have successfully exported their “school of handball” to the rest of the world to the extend Spain has done over the past decades.

A circumstance at least partially based on economic necessity. The shock waves of the 2008 financial crisis, followed by the economic turmoil in the EURO zone, had a particular destructive impact on Spain and as a consequence many sponsorships dried up over night. While corporate funding focused on football other sports suffered – handball included.

Ciudad Real – a three time Champions League winner – still is the most prominent victim, which disappeared from the handball landscape in 2013 following its move to Madrid (2011) and the subsequent renaming to Atletico Madrid.

Women handball struggled as well and the pain can still be felt today. So far, Club Balonmano Sagunto have been the one and only EHF Champions League winners (1997) and Sociedad Deportiva Itxako was the last Spanish team that made it to the final match in Europe’s premier club competition – all the way back in 2011.

Since then many of Spain’s most talented handball players and coaches have left their home country to pursue opportunities abroad.

The 2021 IHF World Championship represents a welcome opportunity for women’s handball and to reignite interest and enthusiasm for the sport all around Spain.

stregspiller.com caught up with Eli Pinedo Sáenz, one of Spain’s most iconic handball players, on the outset of the 25th IHF World Championship.  She spoke about the state of women’s handball in her home country, the prospects of the 2019 World Cup vice-champions, and what she has been up to since her retirement from the sport in 2018.

Her exceptional career spans almost twenty years and includes several outstanding accomplishments on the international level– like the 2012 bronze medal win at the London Olympics, when Spain defeated South Korea after two periods of extra-time or 3rd place at the World Cup in Brazil, a year earlier, never mind two silver medals at the 2008 and 2014 EHF European championships.

201 international matches and 441 goals later, Eli ended her career with Spain’s national team in 2016, but it did not take her long to find a new occupation.

The Voice of Handball

“After my retirement, I started that same year to cover handball on Spanish television. I became the voice of handball on TV. In addition, I am also involved in other TV formats, campaigns and publicity ads as well.”

Whereas Spain’s men’s handball team looks back at a “golden decade”, the women have struggled in recent years. A silver medal on the European stage (2014) followed a series of sub-par performances before ‘Las Guerreras’ once again stepped on the podium in Japan (2019) as runner-up.

It begs the question what the public should expect from the national team at the upcoming IHF World Cup 2021?

“Today women’s handball in Spain is in a good place, although there have been several changes. Yet, following an Olympic tournament adjustments are what you expect.

“Right now, it feels particular good because it is the first time a women’s World championship is being celebrated in Spain – the team needs to take advantage of this opportunity and achieve a good result.

“Of course, it will be difficult for them to go far as there are many outstanding competitors, but I believe they (the Spanish team ed.) may astound all of us.

“I think it (the success at the IHF World Cup 2019 ed.) was a signal of more to come as surprises have always been a hallmark of our team. We’ve never been a stable performer and I believe Spain is capable of throwing a surprise once again.

If Spain can step up remains to be seen, but it won’t be Carlos Viver who will guide the home team to success. Earlier this summer the head coach who helped Spain to win the silver medal two years ago, stepped aside – the right decision at the right time?

“In general, I believe such a decision is never ‘right’ or comes at the ‘right time’, when it is so close to a World Cup. But, I understand that the resolution was made because it was a necessary change. At least the Handball Federation saw it this way, as they were looking for someone else to take the team to the World Cup.”

Changes at the helm aside, Spain will send a strong team to compete in the 25th edition of the IHF World Cup and the new head coach, José Ignacio Prades, will aim to make the most of it. The current squad still includes several experienced players – does Eli Pindeo expect a series of retirements after this World Cup and before the next Olympic cycle?

“Maybe some of the more experienced players will retire, but I believe there are plenty of players who will stay on at least until Paris 2024.

“Some of the older ones may end their career in the national team, but I am not sure. It’s possible that some of them stay on because there are only three years left to Paris (Olympic Games 2024 ed.) as opposed to the normal 4-year Olympic cycle.

“For example, Silvia Navarro (goalkeeper, 42) is the oldest one the team, but physically she is so fit, she can stay on longer. I don’t believe she will leave.

“At the same time, a number of talents are ready to step up. For example, Paula Arcos (19) is a player who I like very much and who surprised everyone, so far.

“She shows a lot of courage and is very confident – I believe she has a very bright future ahead of her.

“Another young player is Lysa Tchaptchet (she recently joined Vipers Kristiansand ed.) She as well looks promising. I am convinced these are two players with great careers ahead of them. They can go very far.”

For now, most of Spain’s elite handball players leave the domestic league sooner or later and for the past few years the handball champions have been missing from the EHF Champions League.  What are the most pressing changes and which initiatives are under way to further develop women’s handball in Spain and elevate the sport to the next level?

“The simple answer is we need more sponsors that help the clubs and teams so that the international players will stay in Spain instead of moving abroad. At this time they leave because there are no resources available to keep them here. We need more financial support across the board to reach the Champions league on a regular basis.

“I think they (the federation ed.) are doing a good job to develop the base and reach out to the children in schools.  Certainly, the upcoming World championship is a great opportunity to promote women’s handball to our young people. They’ll be able to watch the games and in the future some maybe be part of this team that goes to championships.”

“Why doesn’t FC Barcelona have a women’s handball team as well?”

On the men’s side FC Barcelona have been dominating the Spanish league for years and the club is a major contender in the EHF Champions League. Eli Pinedo agrees that it would help if Spain’s major football clubs would invest and push women’s handball to the same level.

“It would be perfect. Not only Barcelona, I would include Real Madrid as well. Real Madrid should establish both a men’s and women’s handball squad. That would be great for handball in Spain.

“Why doesn’t FC Barcelona have a women’s handball team as well? After all, they do support women and men playing football.

Until such structures are in place young players like Lysa Tchaptchet (she recently joined Vipers Kristiansand ) continue to leave the Spanish league and reach the next step in their development abroad. Yet, economic factors are not the only reason explaining the exodus of talented players as the 2012 Olympic bronze medal winner points out.

“Unfortunately, it is inevitable for these players to reach a different level. They want to grow, they want to get better, they want to play the Champions league. And, they don’t mind to venture abroad and join other teams in Norway, Germany or France.

“These players want to take the next steps in their development. At this point, it is normal that they leave – it‘s not only for economic reasons. Let’s face it, the room for improvement on the international level is limited in Spain.”

Considering all of the above did the idea of becoming a handball coach ever cross the mind of Eli Pinedo?

“They have asked me this question several times, but I did not study to become a trainer. I studied another profession and then journalism.

“The world of media and communication suits me better and for now my objective is to bring the passion, which I felt as a player, to a TV audience and attract lots of people to watch the sport. I would like to be a trainer, but I am not formally educated for this job. Besides, it is tough to be a coach.”

Handball aside what will next for Eli Pinedo?

“Well, I don’t know – I don’t like to set limits. When I was competing, I enjoyed having new objectives and perspectives all the time.

“I like to learn and try new things. At the moment, I am very happy with my role as TV commentator because every year I improve and do it better – I get lots of positive feedback from the people around me. These days, people recognize me more as ‘Eli the commentator’ instead of ‘Eli the player’.

“That’s good because it’s difficult for any athlete by the time they retire to reinvent themselves into something else.  So from this standpoint, I am very happy.”

And the winner is…

With the 25th IHF World Cup only days away, which teams does Eli Pinedo expect to be on the podium?

“It’s difficult to predict, but I believe France, Norway and Russia. I’d say these three (teams ed.) have the potential to go far. Yet, there are always surprises.

“At each Championship there’s always one squad delivering the unexpected. I wish it would be Spain and that they reach the podium.”