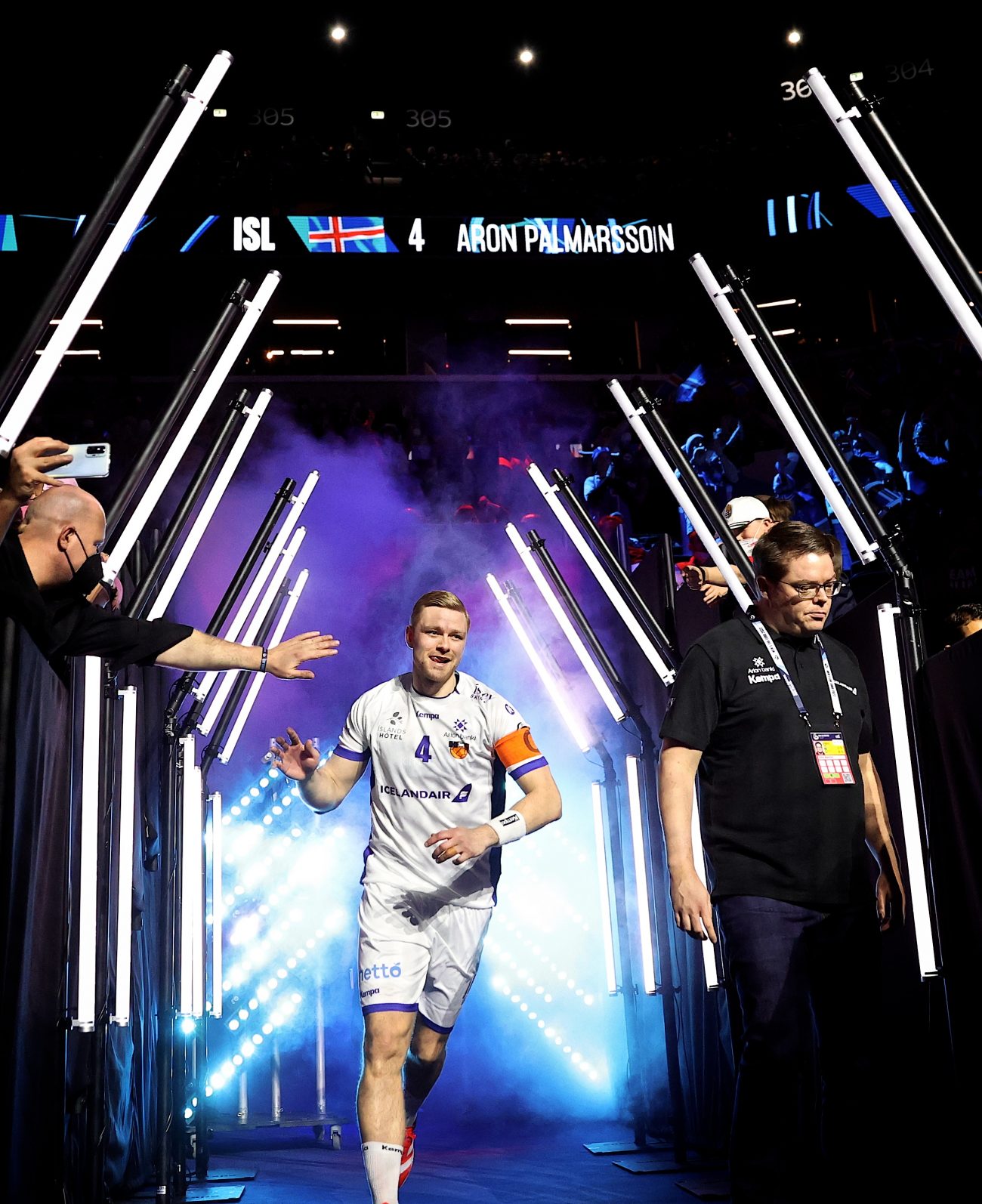 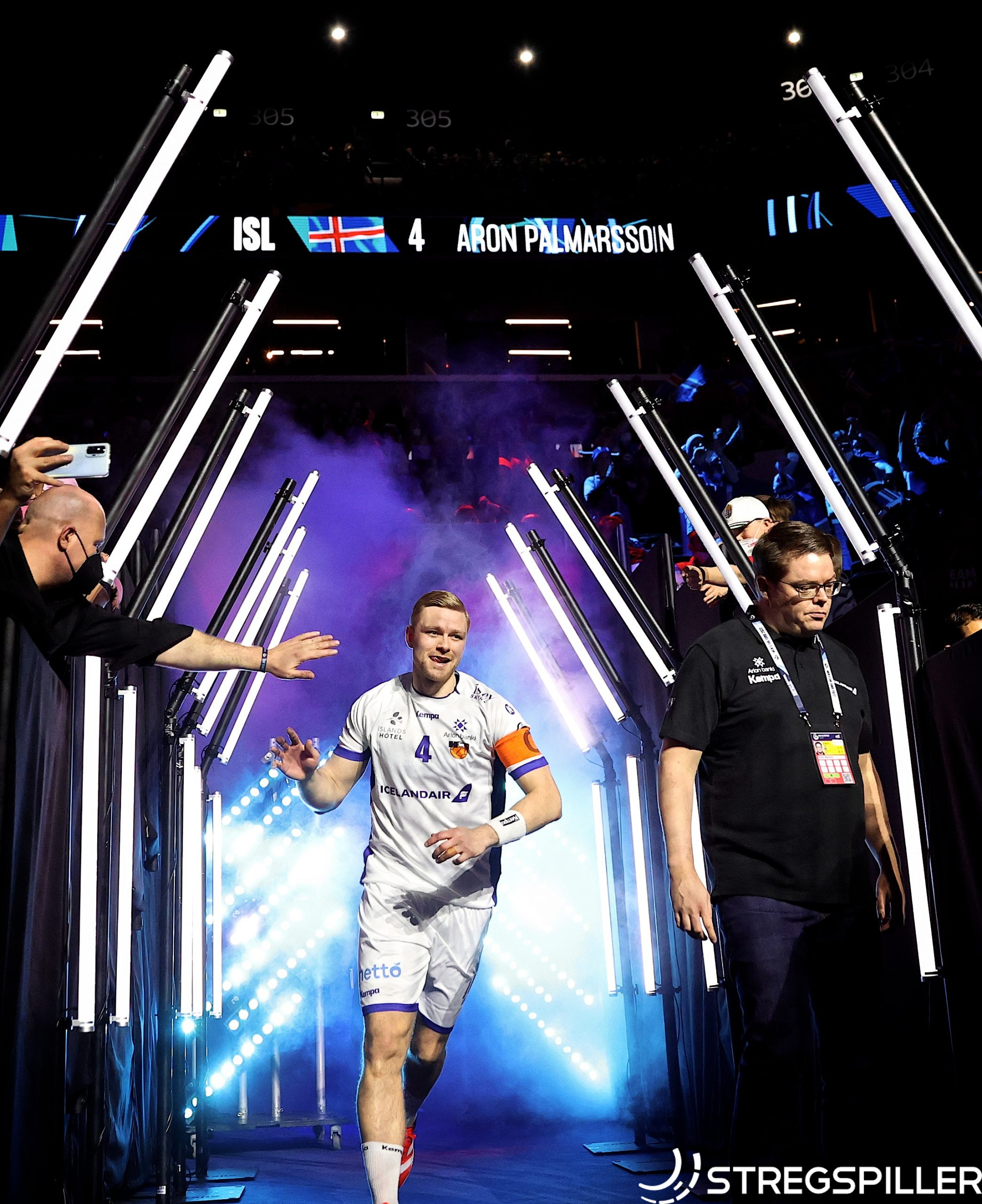 “I expected us to be in this situation”

It’s been a while since Iceland showed up as a medal contender at a European championship. Back in 2010 was the one and only time (so far) the team from the North won precious metal.

In Austria, coach Gudmundur Gudmundsson led his squad to a bronze medal and two of the players back then are still in the current squad – Aron Palmarsson and goalkeeper Bjorgvin Gustavsson.

Today coach Gudmundsson has to rely on a much younger team, a new generation of players.  Many of the former stars like Olafur Stefansson or Gudjon Valur Sigurdsson are long gone and Aron Palmarsson is the only one left, who is considered world-class.

Still, the rebuilding effort is showing results thus far in the championship.  A resounding victory against Portugal – the surprise team of EURO 2020 – followed a hard fought win against the Netherlands two days later.  Aron Palmarsson appreciates the two matches.

“We had two very different games – low tempo against Portugal, high tempo against the Netherlands.  Yes – we are happy with the four points, but we could still end up going home.

“The first game in particular was a big test for us as we wanted to have a good start to the tournament.  I think we achieved it in offense as well as in defense.  We had a good lead and we were not in any danger of losing the match.

“Against the Netherlands we had everything under control for about 40 or 45 minutes, before they scored four or five goals in a row.  Instead of enjoying smooth sailing to the end, I was disappointed with this phase in our game and I am happy that we took the win after all.”

“I did expect us to be where we are right now”

Yet, two games into EURO 2022, Aron Palmarsson (Iceland) is not surprised to find Iceland in a good position to advance to the main round of the tournament.

“Yes – I did expect us to be where we are right now.  The first objective was to reach the main and now we want to to go on with two extra points.  Before the championship we had high hopes because we knew what we could do.”

Iceland’s team captain is well aware of the upcoming challenge against Hungary, although the hosts have struggled so far in the competition. On opening day they suffered a surprising loss against the Netherlands and on Sunday, it took the full support of a capacity crowd to win the game against Portugal by a hair – 31:30.  How does Aron Palmarsson rate the performance of Hungary, thus far?

“Obviously the Hungarian spectators are great – I played in Hungary for two years and they know how to create a fantastic atmosphere.  They are just outstanding fans.

“Of course, the home team is facing the extra pressure when competing in front of 20,000 people.  But, now they have already played two games and they know how to use the crowd in their favor.

“We are anticipating a very strong Hungarian team, but we will go all in to get the two points.”

Palmarsson’s teammate, Bjorgvin Gustavsson, shares his enthusiasm ahead of the crucial game against the hosts.

“It’s a very cool situation and we have to take it as it is.  We got two back-to-back wins and we know about the quality in our team, but when you look at the Hungarian squad you have to appreciate their excellent line players and Mate Lekai their playmaker, in particular.

“We are looking forward to this match.”

Much has been said about the sell-out crowds at the new MVM arena in Budapest during the ongoing pandemic, how does it affect Gustavsson and his teammates?

“You recognize the large crowd when you walk on the pitch, but once the game gets under way you only see your own fans in their blue shirts.

“Pressure works both ways – how will Hungary handle it, how will we handle it? The upcoming match is a game when you just don’t know the answers beforehand.”

What will have to happen in game three of the preliminary round for Iceland to walk aways as winners?

“We have to get their line players under control, that will be key. When we attack like we did in the last two games, I am not worried.

“There will be two or three periods in the match of maximum pressure and if we handle this well we will have a good game.”