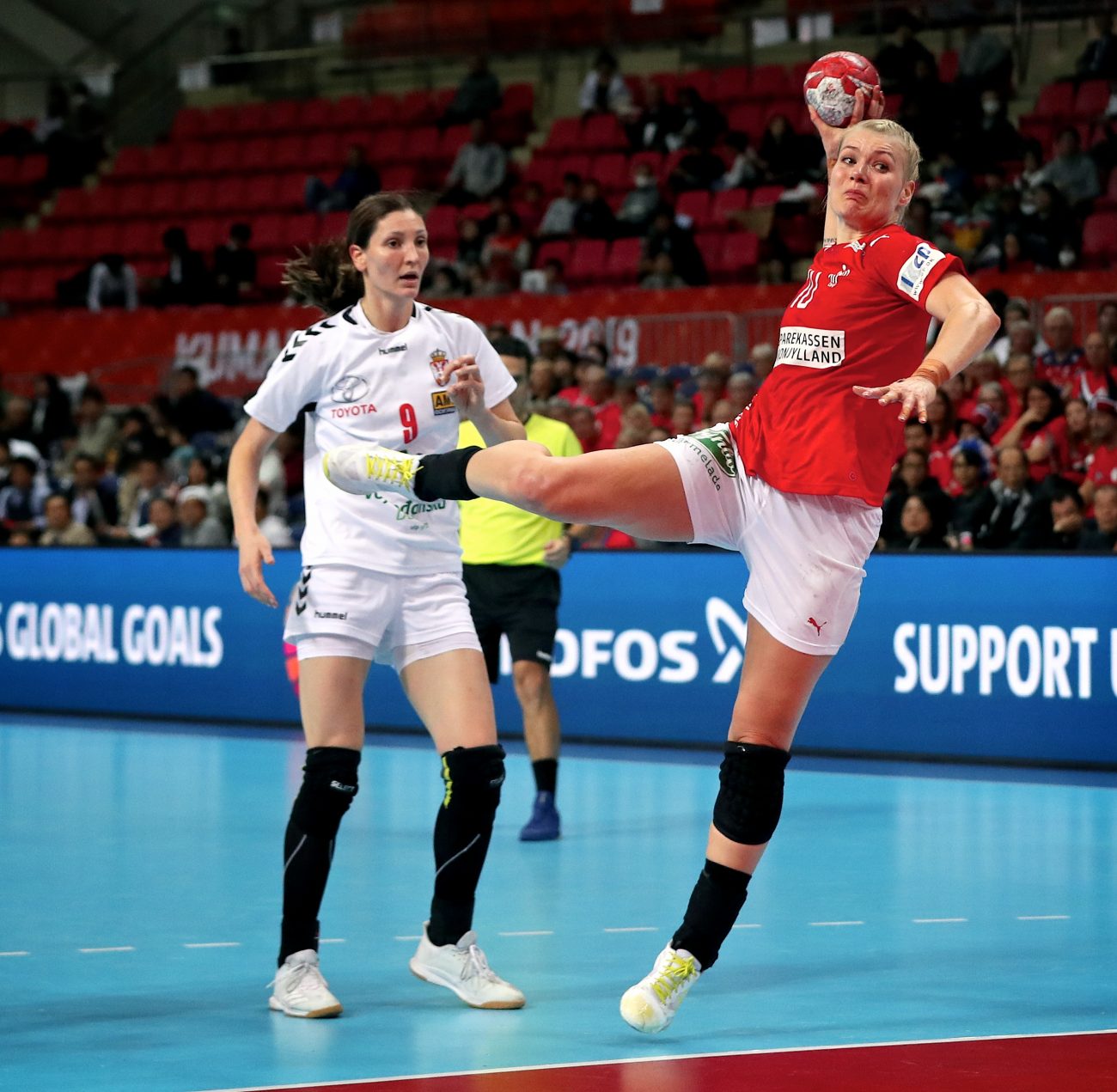 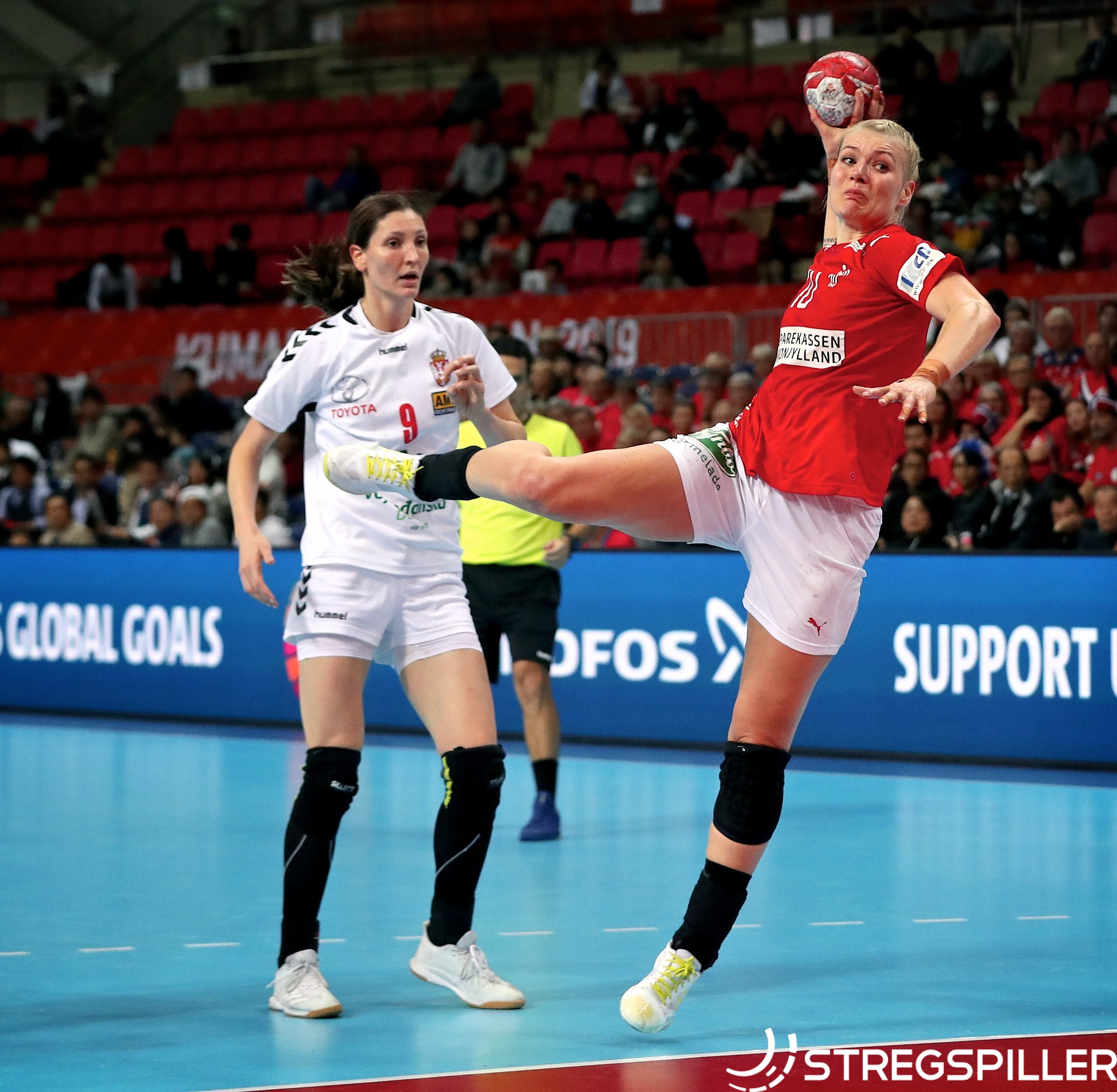 INTERVIEW – For Kathrine Heindahl a dream came true, when she signed a two-year contract with CSKA Moscow, a few days ago.

In this exclusive interview with stregspiller.com, the 27-year-old line player talks about her reasons to join the ambitious Russian project, while admitting that it ‘s difficult to have well developed expectations at this point in time.

A dream came true for Katrine Heindahl, when CSKA Moscow approached her with an offer for a two-year contract.

“Ever since I was a little girl, I have been dreaming about living abroad.

“Back then, of course, I did not realize that it would be as a professional handball player.  But, as my career developed, that dream became more concrete and I am really excited to become part of the ambitious project in Moscow,” Kathrine Heindahl tells stregspiller.com.

“The fact that it’s in Russia appeals to me a great deal, as I am curious to know more about handball in Russia.

“To a certain extent Russian handball is somewhat “closed”, as very few Russian players play abroad and not many foreign players play in Russia.

“This makes it so much more interesting to experience something new.

“Also, I am very much looking forward to get to know a completely different culture compared to what I am used to and to test myself in a totally new environment.  I am sure, I will be able to benefit from all of it in my life after the career in handball,” says the experienced Denmark international, who is just as well-known as a tough and uncompromising defender, as she is as an effective line player in the attack.

“Obviously, the ambitions in CSKA Moscow appeal to me.

“It’s a project that’s very similar to the one in Odense, which I am part of right now.  It is about building a new, strong team, step-by-step, signing top players.  And, I like to be part of such an undertaking,” she adds.

At this point, the ambitious plan at Odense Handball has not fully developed as expected.  At least not yet.  But, that does not scare off Kathrine Heindahl trying another project with many similarities.

“I am not that easy to scare off and all aside Odense may still become a success. I still believe that we will have achieved our goal by the end of the season. Throughout my three years in Odense, I have been fighting for success and I will continue to do so for the rest of my time in the club.  And, that is the attitude I will be taking to Moscow,” she emphasizes.

Not everything will be the same at CSKA Moscow.

For instance, the president of the Russian Handball Federation, Sergey Shishkarev is one of the initiators of the CSK project and it’s fair to say that it would be deemed impossible for a president of any other national federation to be directly involved in building and supporting a club team. Such “double-duties” might not be well received among other clubs in most countries.

“I really do not have any idea or opinion about the structure of the project and how it is put together. Many things are done differently in Russia, compared to here – that’s the way it is.

“I go to Russia with an open mind and with the desire to further develop as a handball player and as an individual. I look forward to get some new input and I do not really have any attitude to how things are structured over there,” she says.

The fact that Danish, Jan Leslie, is the head coach in CSKA made a difference in her decision.

“I had Jan as coach for a year in Randers and I know him as someone who believes in me a lot.  So, of course, this fact played a big part in my decision – he wanted me in the team.

“His presence (in Russia ed.) also provides a certain comfort given all the unknowns.  I may not be the kind of person, who needs that much security – still, it’s nice to know that he is there.

“Of course, I have also played with Sabina Jacobsen in the past and I know Chana (Masson, goalkeeper, ed.) from her many years in Denmark.  Not everything is so unknown to me after all,” says Heindahl.

Before heading east, it’s difficult to have precise expectations with regards to the quality of the team she’ll be joining.

“Right now, I do not know much about what other players will be joining the team for next season. I only know that CSKA have ambitions to become the new top team in Russia and this appeals to me. We may not be playing in the Champions League next season, but this is their objective and mine as well.”

Handball in Russia vs. owning a company in Denmark

Besides her handball career, Kathrine Heindahl owns a company, which manufactures and markets sportswear in Denmark.  How can such demands be combined with a handball career at the highest level and as far away as Russia?

“I am not sure yet, but as there are two more people involved in the company now, I am certain that “IKAIKA” (the name of the company, ed.) will continue in some form.  I still have enough time to figure it out.

“Right now, I am so excited about going to Russia. I have been pinching my arm to convince myself that this is true!

“But, first, I am going to give all I have for the rest of my time in Odense to reach our goals,” promises Kathrine Heindahl.