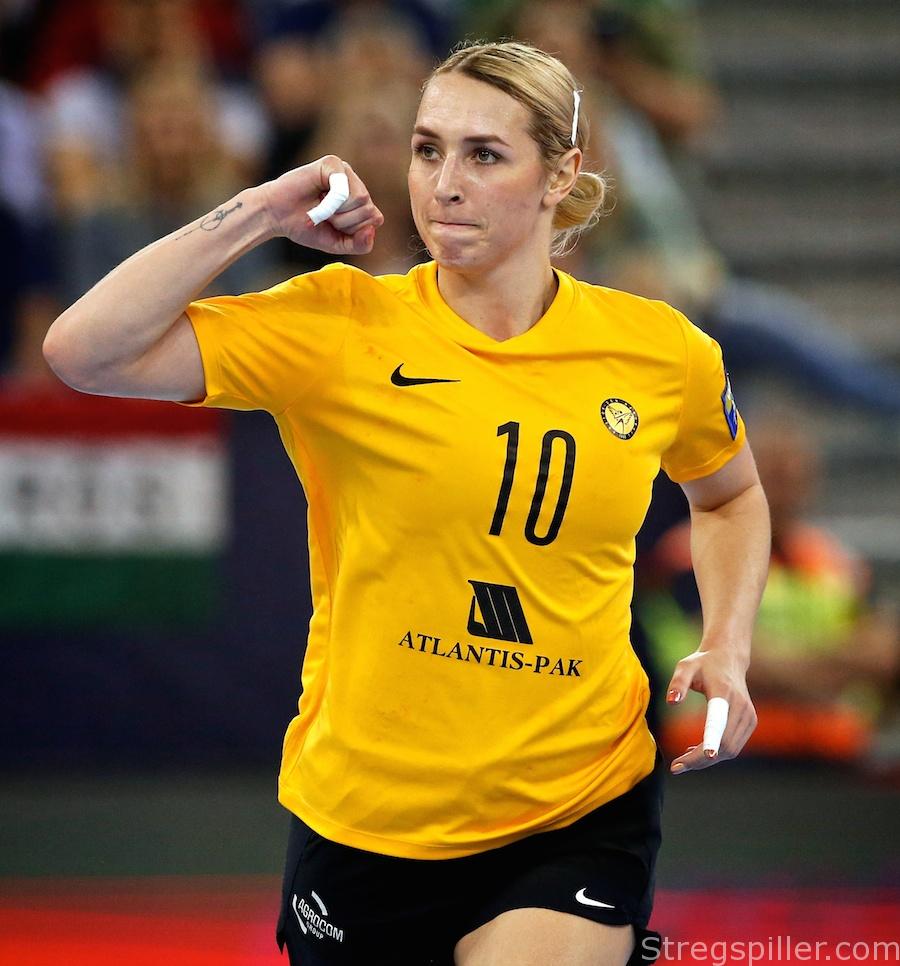 “I immediately felt really good about the proposal from Odense”

It may be the top transfer of the 2020/21 season, as 2019 World champion, Lois Abbingh will leave Rostov-Don to join struggling Odense Handbold in the summer. In Denmark she will reunite with her national teammates Nycke Groot und Tess Wester.

stregspiller.com talked with Lois why she opted for Odense, a club that’s in the middle of a restructuring process and what she expects to accomplish with her “new” teammates.

In the past few years Odense went public, announcing several ambitious goals, but so far has fallen short.  What was the key reason for you to join and did you have offers from other clubs?

LA:  I did have different offers from other clubs, but I immediately felt really good about the proposal from Odense.  It’s an organization that’s run professionally and the club maintains its ambitious objectives.  Of course, I will have Tess Wester and Nycke Groot by my side in Odense.  That’s another positive aspect and it helped in making my decision.

Which goals would you like to achieve in Odense?

LA:  For me and Odense as well, the main goal is to become Danish champion. But, the bigger objective remains unchanged – play the Champions League and eventually delivering a surprise in a quarter-final would be nice (smiling).

Odense is restructuring the team as many players will leave the club in the summer.  From the outset it looks like a re-start.  How did management describe the future to you?

LA:  As you mentioned before, the club has not reached its stated objectives, yet.  Now, they are looking for the right mix of coaches and players. Some of the players just want to try something different and that’s the reason why they’ll leave the club.

Two other Dutch players will be by your side in Odense – how important was this aspect in your decision?

LA:  It’s incredibly nice.  After the Olympic games (in Tokyo ed.) there won’t be much time until the new season starts and it will be really good having Nycke Groot next to me.  We don’t have to practice a whole lot as we know each other very well.  I am really looking forward to play with Tess Wester and I am happy to be close to her once again.

To what extent did the club management discuss further additions that Odense has in mind?

LA:  I am very grateful that club management discusses openly with me, but in the end it’s them who have to decide and execute what they think will be best for the organization.  But, of course I can propose some players and provide tips.

Could Rostov have changed your mind to play another one to two years in Russia?

LA:  No, I don’t think so.  I find it hard to be so far away from my family.  And, it’s difficult to receive visitors in Rostov because of the visa situation.  On top of it, I don’t have so much free time and the trip back is quiet long.  So, I am looking forward to moving a bit closer to home again.