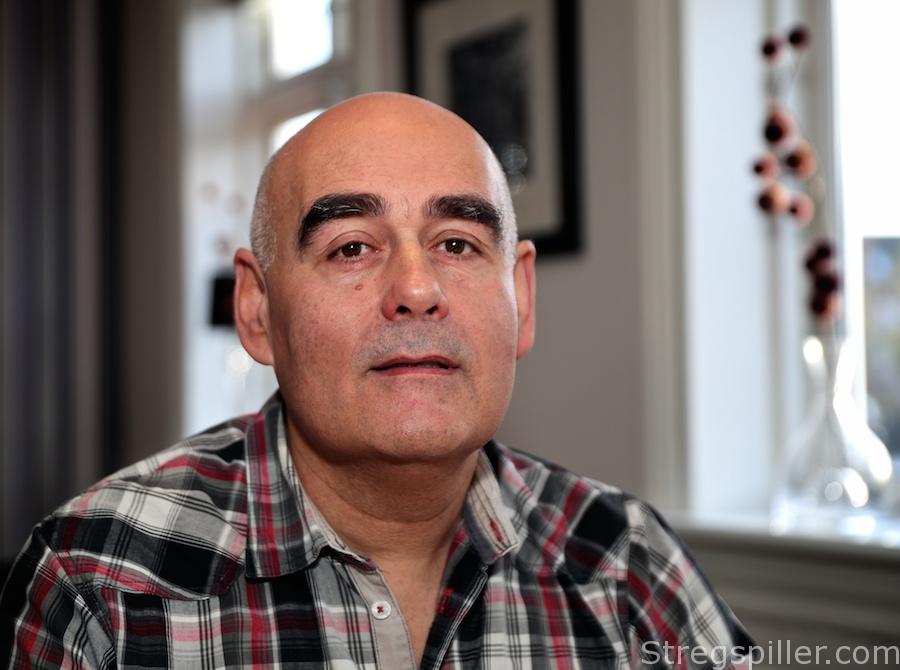 “I never thought I’d stay this long in Szeged”

INTERVIEW – Juan Carlos Pastor has enjoyed tremendous success as head coach of Pick Szeged during his almost six years in the Hungarian club.

It’s part of the reason why he has stayed so much longer than he initially anticipated, as he reveals in this interview with stregspiller.com.

Spanish coaches have written success stories in clubs and national teams all over and Juan Carlos Pastor certainly fits the bill.

The 50-year-old former international who – as head coach – led Spain to the World Championship title in 2005, has been with Pick Szeged ever since 2013.  It’s no longer a secret that during this time, Szeged has been moving up, almost uninterrupted.

Last season, Szeged became Hungarian champions for the first time since 2007 and for the third time in the club’s history, defeating the arch-rival from Veszprém, in the final match of the season.

“It wasn’t planned that I would stay that long.

“I came here (to Szeged ed.), as the financial crisis was spreading in Spain in 2011, 2012 and 2013. Before, I was not planning to leave the country and work abroad, as I felt comfortable in Valladolid.

“First, I signed in Szeged for two years and back then I thought it would become four years at a maximum. Then it turned into a “one-plus-one” contract and then “two-plus-two”, and now it looks like I’ll  be staying here for at least eight years. I honestly do not know when I’ll stop here, although it hasn’t been easy for me to have my family in Valladolid while I am in Hungary by myself. However, I am very thankful for what Szeged have done for me and I am very satisfied to be there. Of course, I also like to be a national team coach, but at the moment, I am very content with coaching Szeged.

“In any event, it would be great to still be here, by the time the European championship takes place in Hungary, an event that will include building a new sports hall in Szeged – something that will be very important for the club,” says Juan Carlos Pastor, who by now has grown used to the ongoing rivalry between his club and Veszprém.

“One of my goals when I came to Szeged was to break Veszprém´s dominance and last season we did it, winning the Hungarian championship.

“I hope we can do it again, but as you know, in Hungary, we follow a play-off format to determine the champion.  First and foremost, it’s important to get into the best possible position for the final and to have the second match in Szeged, even though we won the championship in 2018 with the last game on the road in Veszprém.

“We work very hard and very well together and we strive to assemble the best squad, while Veszprém may have made too many changes – I think.

“We’ve also done a very good job in the Champions League, where our results have been good so far, and we are happy with our current position,” says Pastor about Szeged’s current second place in Group B.

In fact, his team has done so well this season that many of the pundits consider them amongst the favorites to reach the FINAL4 for the very first time.

“There’s still a long way to go before we can even talk about that,” says Juan Carlos Pastor.

“Actually, our philosophy is very simple. Our goal is to always win the next match!

“For now, our objective is to maintain second position in our group. Thereafter, we have to play the Round of Last 16, and there – in all likelihood – we’ll to run into a very good team. If we can succeed in these, potentially, difficult matches and get to the quarter-final, everything is possible.

“The way I see it, two teams are the favorites – it’s Paris and Barcelona.  But, we have seen a team like Barcelona miss a quarter-final before, like last year, when they dropped out against Montpellier.

“That’s why I say that there still is a long, long way to go to the FINAL4.

“Of course, we have played very good handball in the first part of the season, but we still need to improve our defense – we need more of these easy goals that you score when running counter attacks.  And, we need to lose fewer balls when in offense, as two turnovers may very easily lead to two goals against us, and then we need to make up three goals all of a sudden, and that’s quite a lot in the Champions League.

“When you talk about the Champions League and the FINAL4, you also have to keep in mind, that players join their national teams in April (to compete in the European championship qualifiers, ed.).  I find this situation to be catastrophic and I am not the only one who has this opinion – I think it goes for all coaches,” says Juan Carlos Pastor.

Physical stress is too high

These days, Pastor spends some time in Denmark, where he follows the ongoing World Championship.

“I am here to talk to people and look at some players, as I am about to finalize Szeged’s team for the coming season.  The World Cup is a good place to look around and here you’ll get the chance to talk to everyone,” explains Pastor who is satisfied with what he has seen so far, but he also issues a word of warning.

“I think the level is very high and part of the reason is the atmosphere, I think. The halls have been full for almost all the matches, and that’s very important for the marketing aspects of our sport.

“I think the games between Denmark and Norway and France against Germany have been particularly good.

“However, I am beginning to see that players are tired. They need more time to rest. Why do they not have at least one day of rest for every team in between match days, instead of some teams having to play two games in a row?

“Players have to be fit and rested to compete in the most important matches and those come at the end of the tournament.

“The IHF and he EHF have to think about how they arrange these competitions in the future and they have to realize that the health of the players is very important.

“Furthermore, I do not want to see placement games, like the ones for seventh and eighth place. Those matches are a catastrophe, in my opinion.

“I do realize that this is done to determine the ranking for the Olympic qualification, but that can be achieved in a different way. I hope the IHF will change this format in the future, as we do have too many matches, at the moment.

“I am always nervous during any World- or European championship or Olympic tournament; always concerned in what condition my players will return home.

“I just had two of my players, who are with the Hungarian national team, injured at this World Championship. They seem to be fit again, but I am always worried,” he says.

Not happy about 7-against-6 rule

Like so many others, he is not happy about the 7-against-6 rule, a relatively new regulation that has been in use for a couple of years now.

“The 7-against-6 rule is a problem, but we play it too, when we see an advantage.

“It’s very difficult to get the ball, when in defense and when you are defending with one player less on the pitch – that’s an issue.

“For instance, you can hardly practice a 5-1 defense, when you play 7-against-6.  Every team has go back into a 6-0 formation and this may be a new development, but it’s not a good one.

“The rule is a disaster and needs to go, because only when that rule is gone, handball can develop again.  In defense we will get more options and in attack – I believe – players will be more creative again,” hopes the experienced coach, who also has a wish for the future development of the Champions League.

“Last year, we saw Montpellier winning the Champions League, although they came from group C or D.  It showed that the format, which was introduced a couple of years ago, actually is quite good.

“Maybe we could have one big European league as it is the case in basketball, with the Euro League, for instance. That might be the next innovative step in European handball.

“However, I think German clubs would have to take the initiative again, after missing the FINAL4 for the past two years.

“It would also be nice to have a second big team in Spain. Right now, Barcelona is all by itself, but the Spanish capital (Madrid ed.) needs a top team as well.

“Teams like Pamplona, Cuenca and Granollers are doing okay for now, but they are no top teams.

“Spain needs two teams to compete for the title, like FC Barcelona and Real Madrid do in football.

“To achieve some balance, it would also be nice to have a Scandinavian team at the European top level again.  We had it some years ago with Copenhagen. Why can´t we have it again? Scandinavian players move to the Bundesliga as soon as they are ready to take this step.

“When will we see players from the Bundesliga moving the other way?” asks Juan Carlos Pastor.