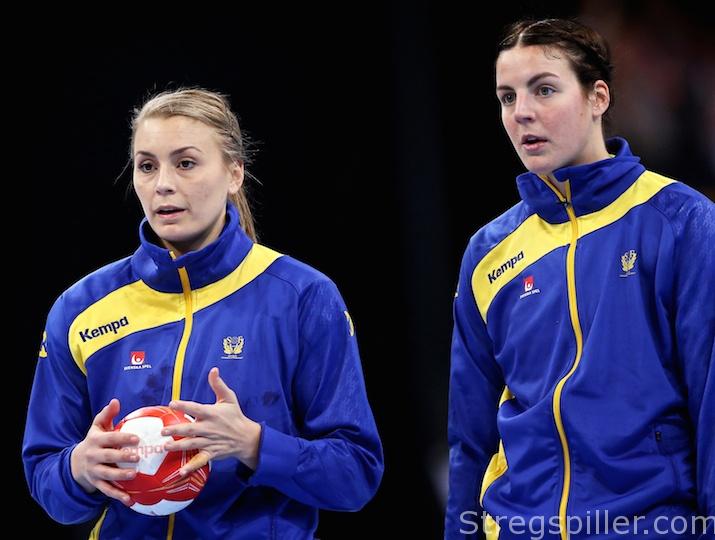 INTERVIEW – After the 2020 summer Olympics, Tomas Axnér will take over as Sweden’s women´s national handball coach – it will a first.

He doesn’t see his lack of experience as women´s coach as a handicap and he certainly appreciates the challenge.

Winds of change are blowing through Scandinavia.

Not too long ago, Norwegian Glenn Solberg took over Sweden’s men and in Denmark, Jesper Jensen replaced Klavs Bruun Jørgensen as coach for the women’s national team.

Soon, Isabel Gullden & Co. will get to know a new coach as well, as current team leader, Henrik Signell, will be moving to Denmark to guide the men´s team of Mors Thy Håndbold.  Signell will be succeeded by Tomas Axnér, currently at the helm of the men´s league club, Lugi HF.  For Axnér, it will be the first time, he’ll be coaching a women’s team.

“Of course, it will be a challenge, but I feel well equipped for the task.

“Many leadership qualities will be the same.  Some details may be different, but it’ll be handball after all.

“In addition, I have been working with female players in talent development projects and in the school system.

“And, as a TV expert commentator, I’ve closely followed a lot of women’s games, in the Champions League as well as in the Swedish league.  So, all in all, I feel well prepared,” Tomas Axnér tells stregspiller.com.

The thought of coaching women was no foreign idea to him, when Sweden’s Handball Federation offered him the job

“For quite some time, I have been intrigued by the thought of coaching a women’s team and when the opportunity presented itself, I was in no doubt that it would be the right job for me.

“Right now, I find Sweden’s national team to be a particularly interesting challenge.

“Sweden have several, very good players and even more young talents are on their way up.  The potential in Swedish women´s handball is huge, right now,” says Axnér, who signed a four-year contract, which will kick-in after the Olympic Games, in Tokyo, later this summer.

He certainly has no doubt that Sweden will qualify for the Tokyo Games.

“They simply have to.”

In April, Sweden´s qualification group will be sorted.  In Spain, the Scandinavians will be facing the hosts as well as Argentina and Senegal.

“Of course, we will defeat Argentina and Senegal and qualify for Tokyo.

“Shortly after the Olympics, I’ll start my preparations together with the team for the European championship in Norway and Denmark.

“But, for the rest of this season, I will be focusing on my job in Lugi, while keeping an eye on the women’s squad.  From late summer onward, I’ll work with the Swedish team intensively.

“To me, it is essential that the players know what we are going to work towards, when we meet for national team training camps and test matches.

“I am going to implement a tactical scheme from the very beginning, so players are familiar with it, when they show up for training sessions. We just have a few collections with the national team and so little time, when we are together – it’s crucial to make the very best of it.

“Time is always your enemy, when you work with a national team.  Therefore, thorough planning is essential,” says Axnér.

Close to the top

He firmly believes he can bring Sweden to the very top in women´s handball.

“At the World Championship in Japan, back in December, we were one goal away from reaching the semi-final.

“The top in women´s handball is so close that a few, small things make the difference between success and failure.

“For instance, one shot hitting the goal post prevented Denmark from achieving a much better result at that championship, “ says Sweden’s new national coach. The fact that so many Swedish players play in foreign leagues will be another advantage, according to Axnér.

“It’s big advantage for the national team that our best players develop and mature in foreign clubs.

“The Swedish league has improved quite a bit over recent years, but it’s still crucial that our best players gain experience abroad – in the Danish league, for example, where we have a number players, but also in other leagues around Europe.

“Yet, another benefit is that many of our players are in their prime, at the moment. Several of them are between 25 and 29 years. Combine this with the fact that most of them spent plenty of time on the court in their respective clubs.

“I see a bright future for our national team.

“And, as I said before there are many, promising, young talents coming up as well –  there is every reason to be optimistic.

“I am convinced, I can lead Sweden to play for medals at major championships, in the years to come,” ends Tomas Axnér.