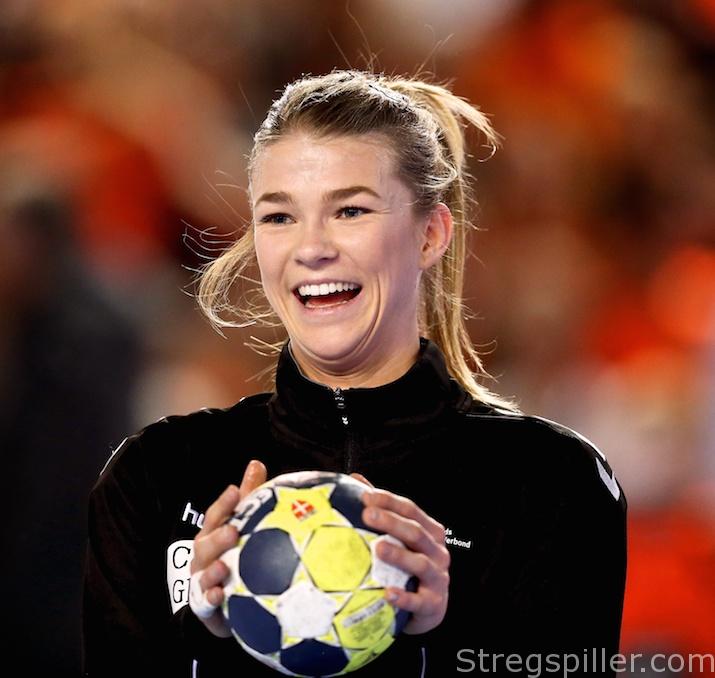 ”I want to win everything”

INTERVIEW – The news came as a bombshell when Odense announced the addition of Dutch star goalkeeper, Tess Wester, for the 2018/19 season.

At stregspiller.com, Tess explains why she chose the Danish club and what she expects to achieve with the team.

Denmark has not been represented in the Women´s EHF FINAL4 since FC Midtjylland finished fourth and last, in 2014.

And a repeat appearance won’t happen this year either, as Midtjylland lost their decisive game against Vardar Skopje (32:25), today, after surrendering the first leg match to the Macedonian champion one week earlier.

However, fans of women´s handball in Denmark may not have to wait long to see a local team participating on the final weekend of the Women´s Champions League again.

Apparently with sufficient money to back the transfers, Odense Håndbold are reinforcing the squad under the auspices of former national coach, Jan Pytlick.  The most recent signing of Denmark’s new handball powerhouse – the club is the favorite to win the Danish championship this season already – is Tess Wester.  It has been quite a while since the number one goalkeeper of the Dutch national team announced leaving the German champion, Bietigheim, after this season.

One rumor had linked her with CSM Bucuresti, but the Romanian club extended the contracts with both of their current keepers, Paula Ungureanu and Jelena Grubisic.

Finally, last week it was revealed that Odense had obtained Wester´s signature on a three-year contract.  It also meant that Emily Stang Sando, one of the four goalkeepers on Norway’s national team, was informed that she was free to find a new employer, even though her contract with Odense is valid for another year.

Althea Reinhardt, who is substitute to Sandra Toft on Denmark’s national team, will form Odense’s goalkeeping duo together with Wester going forward.

Considering the fact that Tess Wester has been dealing with Danish coaches in her current club and the national team – Martin Albertsen (Bietigheim) and Helle Thomsen (Netherlands) – it might not be as surprising that she looked to Denmark to take the next step in her career.

According to her, however, the aforementioned circumstances had nothing to do with her decision to join the team of the home town of Denmark´s famous fairy tale writer, Hans Christian Andersen.

“The fact that there is a Danish trainer in Odense was not really important to me.  Every coach is different, even if they share the same nationality.

“However, when Odense approached me and told me about their plans and future goals, I immediately felt good about it.

“I was looking for a place, where I can practice on a high level and a team that wants to win everything, like I do –  I think Odense is this place,” explains Tess Wester while revealing that she did not have an agreement with Odense before she decided to leave Bietigheim after this season.  She just waited for the right offer.

“All this time, I did not know that it would be Odense.

“I allowed myself time to think about my future and my goals and I waited until the right club came along.

“The feeling that the time was right to leave Bietigheim was very clear to me, as the next years will be really important for my development,” she tells stregspiller.com.

Hoping to go far with Odense

Some might argue that she is taking a real chance with Odense as the club is not even sure to play in the 2018/19 Champions League, yet.  But Tess trusts her “stomach feeling”.

“So far, they have qualified for the semi-finals in the Danish play-offs and they are performing really well.  So, of course, I expect them having a very good chance of winning gold.  It will automatically qualify them for the Champions League.

“Odense has a great team with good players and a superb coach. They have high expectations and big objectives, and they are willing to work hard to reach these goals, and that appeals to me – a lot.

“I hope to go a long way together with Odense, and I am really looking forward to the next three years in my handball career.

“We all know that the Danish league is very competitive, including many teams that can beat each other.  All of this will be good for my development.

“Of course, I want to win titles with Odense and I am looking forward to playing the Champions League with this team,” says Tess Wester who got her first taste of the Champions League this season, when Bietigheim reached the main round of the competition before being eliminated.

“It was really cool to get a chance to perform at the highest level in club handball.

“We had a real good start, but in the main round we had to deal with too many injuries and sadly, we had to say “Good-Bye” to two very important and outstanding players, back in December (Susann and Nina Müller were suspended, ed.).

“It made it really difficult for us to compete in the main round, but all in all, playing in the Champions League felt great and I definitely want another taste of it” she says.

Although she has been consistently ranked among the best goalkeepers in the world – certainly since winning the silver medal with the Netherlands at the 2015 World Championship, in Denmark – she still is only 24 years old, a young age when considering that goalkeepers usually peak in their late twenties.

And despite her personal success over the past two and half years, Tess Wester realizes that she hasn’t reached her peak, yet. To the contrary, she still has a lot of work ahead of her.

“I don´t even know where to start.

“Of course, I can still improve a lot and I need to.

“As I said earlier, I think a lot about what I want for myself, how I can achieve it and what I need to do to get there.

“I won´t tell you what it is because my opponents may read this interview as well,” says a laughing Tess Wester.