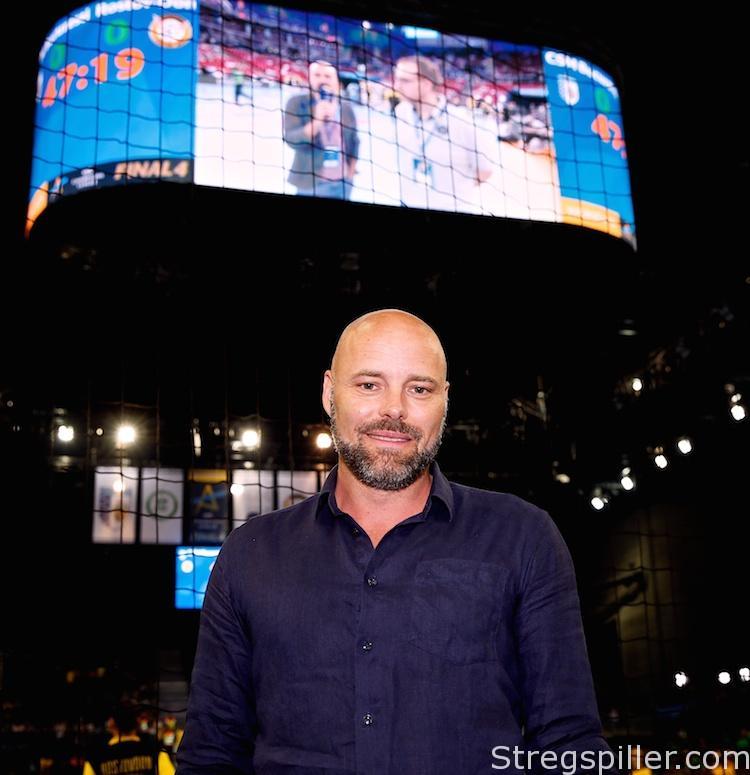 INTERVIEW – For the past two years or so, Kim Rasmussen has been Hungary’s women´s national handball coach, and during this time his team has been haunted by injury.

One week before the 2018 European championship, in France, gets in to full swing, the situation is largely unchanged – still, the 46-year-old Dane remains remarkably positive.

“It’s cool to work with the young players who have replaced the experienced ones,” he says.

Injury problems have been Kim Rasmussen´s constant companion ever since he took over as coach of Hungary´s women’s national handball team, back in 2016.  And, right before EURO 2018, the situation is no different.

Damaged players and a number of pregnancies prevent Rasmussen from working with his strongest possible team.

“Zita Szucsánszki is pregnant and has ended her career, and so has Klära Szekeres.  Zsuzsanna Tomori won’t be fit to play, and (Anett) Kisfaludy tore her anterior cruciate ligament – I have lost my best line player.

“On top of everything, I received news that Dora Hornyak is pregnant as well. Therefore, we will be missing our two most important central defenders – Kisfaludy and Hornyak.

“And, as we all know, Anita Görbicz has ended her career, and (Bernadett) Bodi is suffering from serious physical problems that I cannot make use of her either.  So, I’ll be without a crucial right wing in my line up, as well.

“All in all, we will be missing players who represent more than 1,000 international games – so it’s a bit like starting all over again,” Kim Rasmussen sums up the current situation.

Still, on behalf of his relatively young and inexperienced team, he remains upbeat.

“I think it’s cool to work with these young players, and our objective at the European championship will be to continue the positive development of the year we have had, so far.

“Our young team has done very well; for instance, we have played two fine games against the Netherlands, and in general, our evolution throughout 2018 has been positive.

“In fact, my feeling is as good and comparable to the situation when I was with Poland and CSM,” says Hungary´s Danish national coach.

In Poland, he had great success as national coach, and who could forget how he led CSM Bucuresti to their first and, so far, only win of the EHF Champions League, in 2016.

However, EURO 2018 won’t be a walk in the park for the Hungarian team as they face several serious competitors along the way.

“However, we are able to play a fast paced game, and with speed we can compensate for many other shortcomings. We are also getting better at playing six-against-five and five-against-six.

“Furthermore, I can only be happy with the squad’s spirit. Players are really keen and willing to fight for each other, and when we play our best, we more or less can beat them all,” he explains.

In the early rounds of Group C, in Montbeliard, his team will have to deal with the Netherlands, Spain and Croatia.

“I am really tired of having to meet the Netherlands again.

“Although, they may not be as strong as they used to after Yvette Broch’s sudden career end, they still are a very strong opponent.

“Under normal circumstances, Croatia is a team we should be able to beat, but we have to remember that we will be up against pure Balkan blood and all the fighting spirit that comes with it – we will definitely be challenged.

“Spain won’t be as strong without (Alexandrina) Barbosa, as they would have been with her, but they still have a lot of experience and they have that little goalkeeper (Silvia Navarro, ed.) who can be absolutely fantastic when at her best.

“There is not one team that we cannot beat, if we hit our peak.  But considering our current situation, proceeding from the preliminary round is our main success criteria,” admits Rasmussen.

If his team makes the cut, more handball powerhouses, such as Norway, will be waiting in the main round, alongside two of the other three teams in Group D – Romania, Germany and the Czech Republic.

“If we get that far, we’ll have to see what we can do about these opponents,” says Kim Rasmussen, who firmly believes in his team but realizes that he will have to deliver as well.

“I will have to be at my very best as coach at this European championship, for us to be successful.

“I have to be really hungry and sharp and be focused all the time to help my team the best I can.  That’s what I intend to do, and I can guarantee that our team spirit will be top notch.

“With me at the helm, you’ll never see us giving up in any match, and we will approach each and every game with a strong desire to win it,” promises Kim Rasmussen.