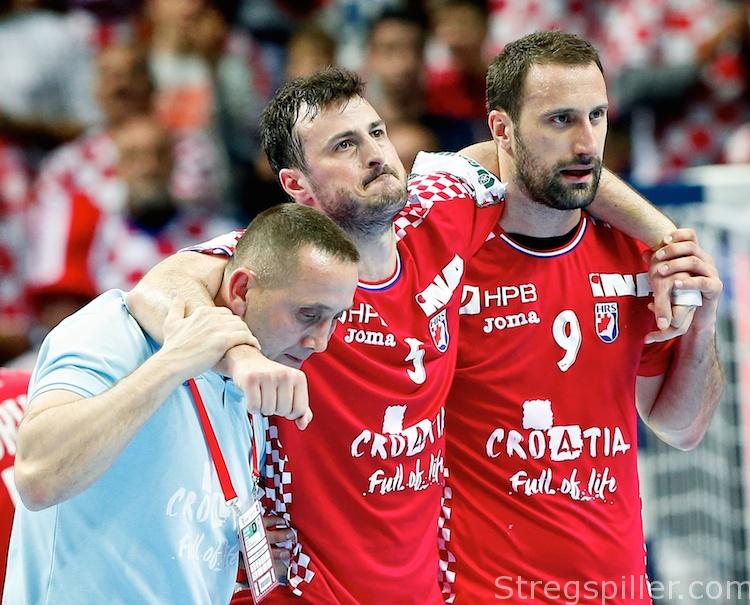 Iceland surprises – Croatia did their duty

Iceland landed a surprise win defeating Sweden, while Croatia did their duty – and a bit more – running over Serbia, when Group A of the European championship opened on Friday evening, in Split.

As usual in Nordic derbies, there is lot’s of history to look at and in this instance Sweden won most of the time.

However, Iceland can never be underestimate as they seem to be able to come up with star player after star player despite the island´s small population.

Unfortunately, Iceland rarely assembles a squad that can stay in the race all the way to the final round – with a few impressive exceptions – but in the beginning of a tournament, their players are still fresh and can be a dangerous force.

The final digits indicate an even game, where in fact the half time result tells the more realistic story of the match.

For the first 45 minutes, Iceland was the better team – by far – at Spaladium Arena in Split, building a 10-goal lead, before Sweden launched a late comeback.

The Icelanders started sharp and concentrated from the opening whistle.  Before Sweden even realized what was hitting them, Iceland were up 4:0 and they continued pulling away.

Björgvin Pall Gustavsson played one of his best handball games in the first half.  And on the other side of the court his teammates benefitted from the outstanding performance of the veteran goalkeeper.

Much to the joy of the many Icelandic fans at Spaladium Arena, the players from the volcano island in the North Atlantic increased their lead throughout the first 25 minutes.

Brilliantly led on by Aron Palmarsson as playmaker, Iceland went ahead 14:5!

Already within the first fifteen minutes – at 6:1 and 10:4 – Sweden´s coach Kristján Andrésson found it necessary to call two of his timeouts, but it did not help his “pojkar” much.

Not until Mikael Appelgren replaced Andrea Palicka in goal did Sweden manage to reduce the gap a bit.

Scoring the first two goals after the break, reducing the deficit to five goals (15:10), Sweden saw a bit of day light, but it did not take Iceland long to re-establish a seven-goal margin.

Gustavsson continued where he left off before the break, and in the 40th minute of the match, Iceland were up by ten (21:11).  But four Swedish goals in a row forced the hand of Iceland´s coach, Geir Sveinsson, when he took his first timeout.

Sweden’s flow of play did not suffer much from the interruption, however, and the Scandinavians kept reducing the distance to three (23:20), at which point, Sveinsson took his last timeout.

His team managed to ride the storm and when Palmarsson finished a fast break successfully at 26:21 with three minutes left on the clock, it meant game over.

Literally, the temperamental Icelandic goalkeeper was the man behind the surprise win.

With a saving percentage of 49 – that number was well above 50 percent in the first half – he build the basis for the Icelandic triumph, as most of his saves came at crucial points in the match.

The Icelandic victory opens up Group A and the result puts Sweden under tremendous pressure before their game against Serbia, on Sunday.

Iceland, in contrast, will enter their clash against the Croatian host with plenty of self-confidence. 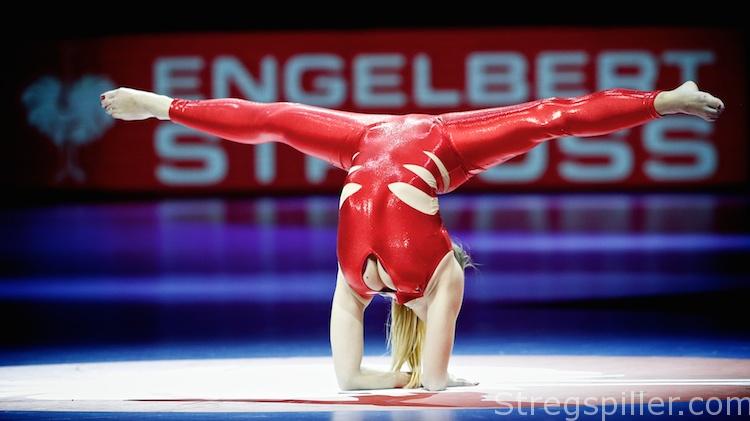 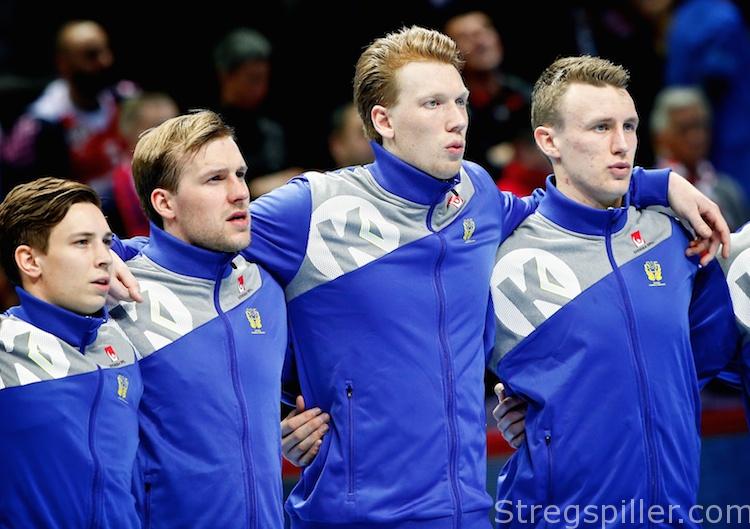 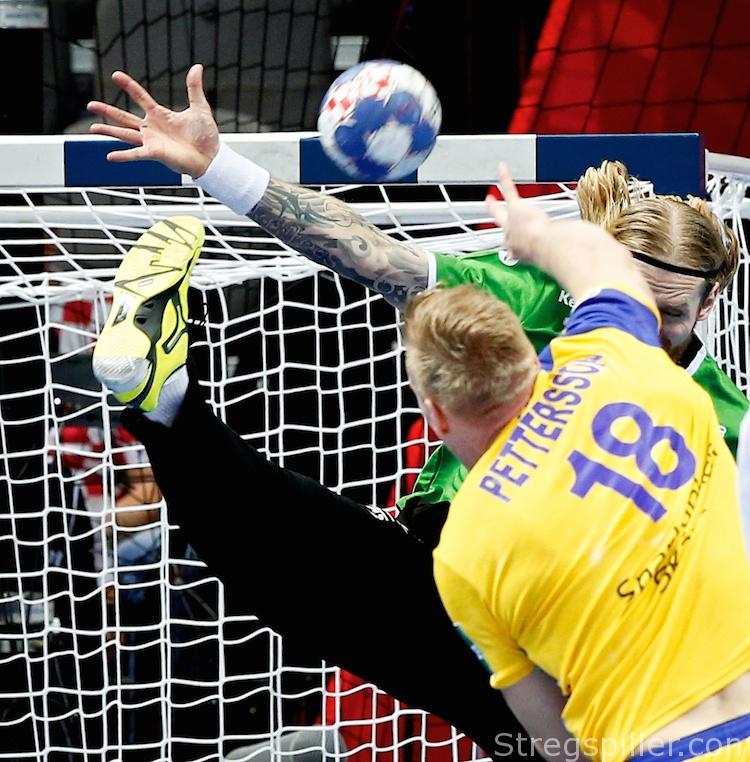 It came as no surprise that the atmosphere in the arena was electric ahead of this “Game of Hate”  The claim that sports and politics should not be mixed has never been more untrue when those two countries collide.

The security measures were enormous, and local police had appealed to the fans of both nations to abstain from nationalistic banners or chants.

What happened on the pitch would be a different story as Croatia were the odds-on favorites.  Their team not only appeared to be physically stronger, but home court advantage spoke in favor of coach Cervar´s men as well.

A what looked like serious injury of Domagoj Duvnjak four minutes before the end, dealt a blow to Croatia, who were in complete control against the arch rival.

Croatia dominated the first 30 minutes, and a four goal run before the break (from 10:9 to 14:9) already felt like an early decision.  In fact, the host was leading all the way, apart from 2:2 tie at the start.

Opening the match in a 5-1 defense formation, Croatia grabbed the initiative from the beginning, and in attack Luka Cindric (playmaker) and Domagoj Duvnjak (left-back) hit the court at the same time.

Serbia hung in as they kept Croatia’s lead to one goal, but each time but when Duvnjak & Co. tightened the grip, it became obvious which team would leave Spalladium Arena as the winner.

Croatia kept dominating the Serbs even when they tried man-to-man defense against Cindric and Duvnjak, but neither one of those tactical measures bothered them one bit.

Early in the second half, Croatia had established a seven-goal advantage (19:12), much to the joy of 11,000 enthusiastic fans.  But the festive mood took a hit with four minutes left to play, when Duvnjak had to be assisted off the court with what looked like a serious leg injury.

But Duvnjak´s injury did not make a difference in this match anymore, as the game was long decided.

The Serbs gave him the honor of a real old-fashioned man-to-man defense for parts of the second half, a measure that proved to be futile.

Until then, Cindric had been a great organizer of an efficient Croatian offense, constantly putting Serbia’s defense under pressure. He was the architect of a brilliant Croatian triumph.

Even though opposition was modest, Croatia demonstrated that they mean business at this European championship.

Now,the big question is how serious Duvnjak´s injury will be, and how it will affect the psyche of Team Croatia if he can’t return to the court anymore.  This aside, Croatia presented a physically strong squad and there is every reason for nursing high expectations before their Sunday game against Iceland.

In the other match, Sweden finds itself in a must-win situation against Serbia with the loser almost certain to leave EURO’18 early. 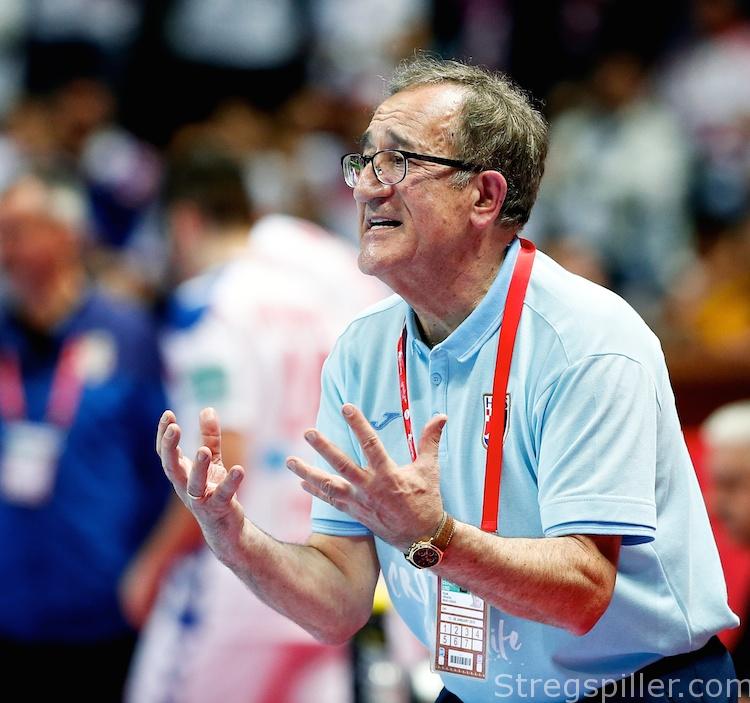 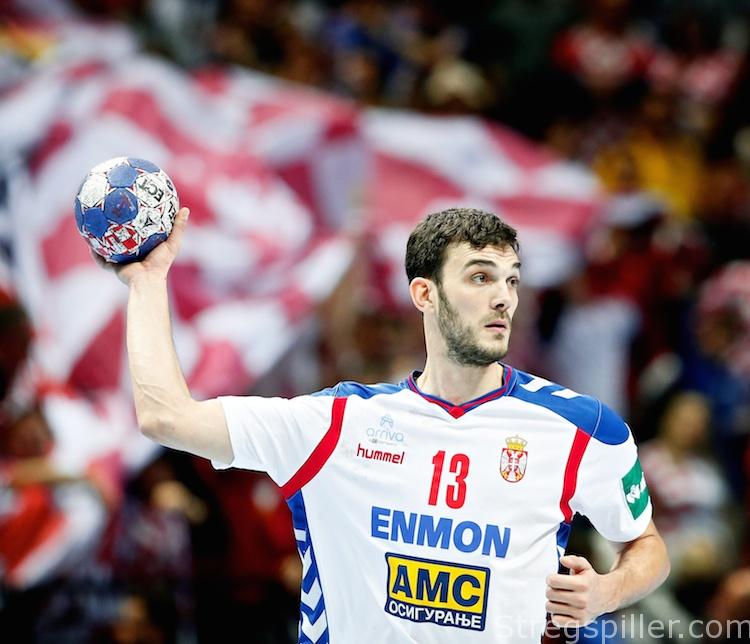 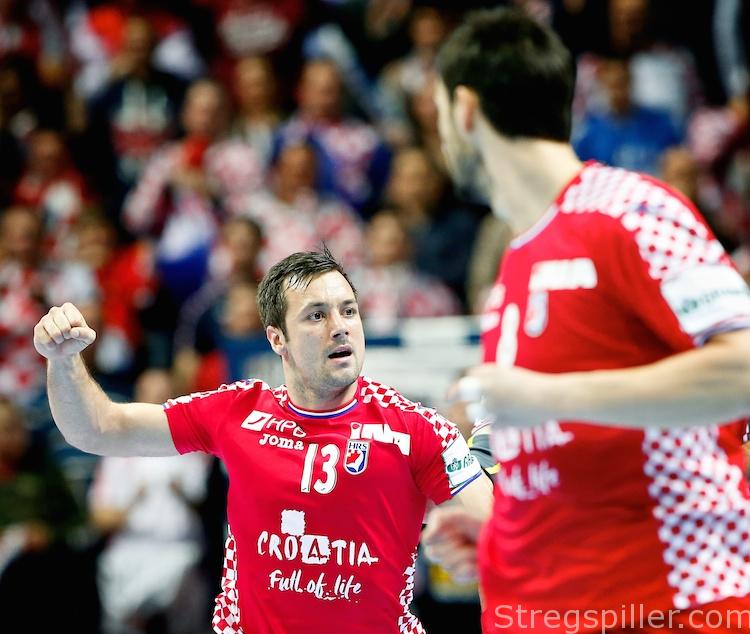