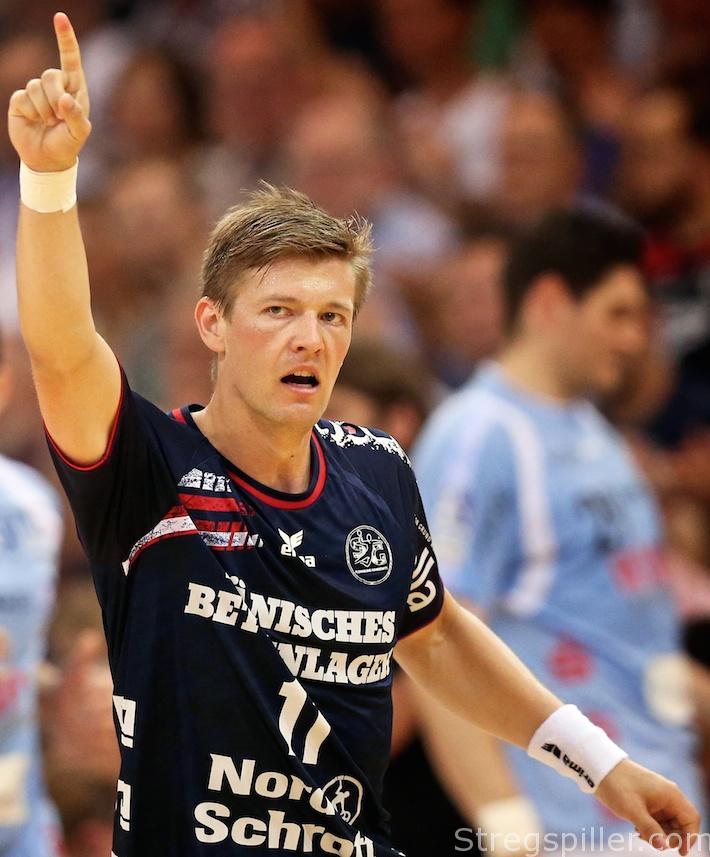 The idea of a Confed Cup is way out of line

When Christian Dissinger suffered another long-term injury during the Olympic games in Rio de Janeiro, some people connected it to his history of major injuries rather than the amount of games he has played in recent time.  Dissinger will be out until the end of the year and miss the World championship in France as well.  As a consequence he decided to take a break from international duty, at least until summer of next year, to rest his beaten body.

Players and managers, especially those of the German top teams THW Kiel, SG Flensburg-Handewitt and Rhein-Neckar Löwen have openly criticized the current mode of the EHF Champions League.   As far as I understand, clubs like Veszprem, Kielce or Barcelona never or rarely complain about having too many games they have to compete in.  They play their domestic matches “cruise controlled” except for some games when they are pushed to the limit as well.

I detest the current Champions League format where six of eight teams advance to the next round.  Also, the new system is way too complicated, for “handball newcomers” – potential fans who might be interested in the sport.  It also includes too many meaningless games.  It hardly makes a difference if you win your group or finish sixth.

Still the IHF considers adding another competition – the one that nobody cares about in football – the Confederations Cup.

Various media reports suggest that it is IHF president Hassan Moustafa who just came up with another one of his “brilliant” ideas.  Just weeks after announcing to end the use of resin – providing a marketing advantage to IHF partner Molten – UFA Sports, the marketing partner of the world’s governing body, seems to be looking for a host, as early as the summer of 2017. Rumors suggest Poland could be the Confederations Cup’s place to be.

Six teams – most likely the continental champions and the host nation – are supposed to participate.  I think it’s a totally useless competition, no matter how many teams will face each other.  It’s already too much to have a major tournament like the European or World championship every year.  Today’s handball game demands so much more strength and endurance than it did 15 or 20 years ago, it’s almost impossible to keep up with it physically.

So what’s the deal with adding another competition?  As it is most of the times, it’s all about money.  It’s not about finding another interesting event that allows for better marketing the sport of handball.  It only makes the IHF and the biggest federations a bit richer than they already are.

Why not think about the most important part of the sport a bit more and the people that really matter – the players?  Wouldn’t that make sense?  It’s about time.

I know it’s not that big of an issue outside Germany, but let’s take Lasse Svan (Denmark’s right-wing star) as an example and start with his 2015/16 season.  No matter if he played all games for his team in Flensburg as well as Denmark, his schedule could have easily looked like this: First, 34 games in the German league.  Add to it seven games at the EHF Euro in Poland and six in the German cup, 18 more matches in the Champions League and eight at the Olympic games.  It all adds up to 73 games, excluding some international test matches.

Indeed he did all of it and let’s not forget countless training sessions plus travelling.  He did play all these games within one year and right after he came back from Brazil, he had to play the first league game of the new season.  It’s not just crazy – it’s almost irresponsible.

So dear IHF, dear federation, dear money-seekers, reflect a little and think about what’s the most important element in the sport of handball?  Is it a healthy player or a bursting bank account?  What comes first?  Where is the priority?  You just can’t continue like this, we have reached a limit.  And it’s not a solution if players have to leave the best league in the world.  Imagine it in basketball or ice hockey. Well, you don’t have to; it just doesn’t work like that.