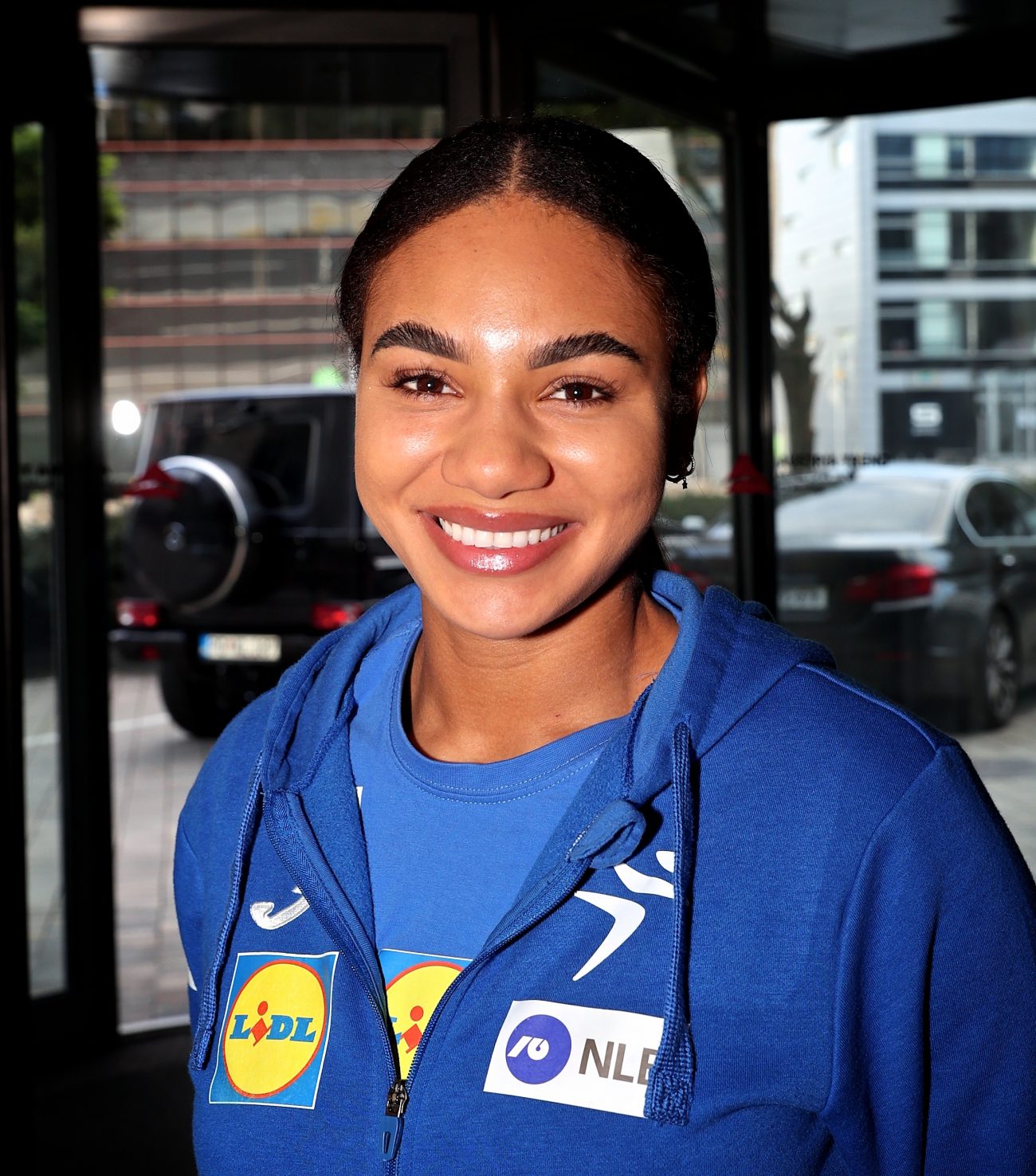 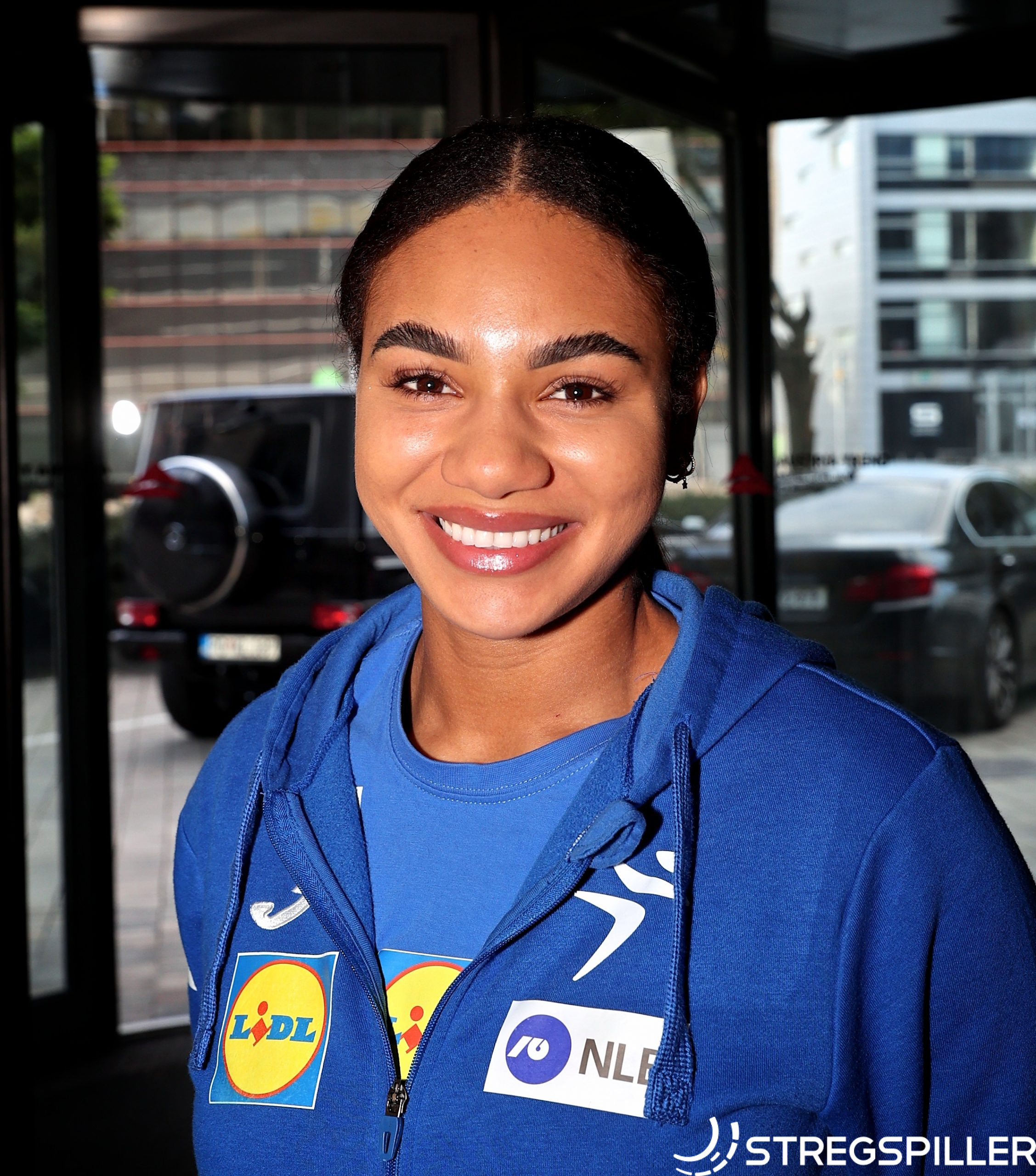 It will be a daunting task for the home team, when they face the reigning European champions from Norway in a second round match of the main round at the EHF EURO 2022, in Slovenia, Montenegro and North Macedonia, on Monday night.

Much of the defense efforts of the Scandinavian’s will be geared towards limiting the impact Ana Gros may have.  The Slovenian right-back is one of the superstars in handball and much of her’ team’s success will depend on her performance, when the two nations will meet at Stoziche arena.

The attention Gros will receive could open up even more space on the court for Elizabeth Omoregie, yet another outstanding athlete in the squad of Slovenia.  The “Young World Playmaker of the Season 2017”, who plays her club handball at CSM Bucuresti, may well step up her game and take full advantage of a once in lifetime opportunity to advance her team to the final round of EURO 2022.

stregspiller.com spoke with the talented back-court player about her upbringing, the path to become a Slovenian handball player and the consequential match against the European record champions.

From Athens to Slovenia

The daughter of a Bulgarian mother and Nigerian father picked up handball unintentional.

“When I first started playing handball I did not even know what the sport was all about. I joined my older sisters and I enjoyed the practice session. Soon, I became better and then I dreamt of playing outside Bulgaria.”

“Back then I never thought about playing an international championship or in the Champions League.”

The 25-years old, who was born in Athens (Greece) spent her formative years in Bulgaria and as she approached adolescence she opted for another nationality, a decision that would change her life, eventually.

“At age 17, I came to Ljubljana and I was not spending too much time with handball. But, then my coaches convinced me to invest more into the sport. I did so and that’s when it all started.”

Elizabeth Omoregie has no illusions about the upcoming game against the Scandinavian handball powerhouse, but looks forward to make life as difficult as possible for Norway.

“In the game against Denmark we (Slovenia e.d.) were not the favorite, but we sent a signal to thee rest of the teams that we do have a strong squad and that we deserve to be in this championship.

“The match against Norway won’t be so different – they will be the favorite, but we will be playing on home court with nothing to lose.

“In fact, I believe we will even have less pressure. For us, it will be very simple. We just have to give everything we have and see where it ends up.

“After our success in the opening match more and more people are coming to arena to see us. It’s an incredible feeling to see the audience growing. In fact, it’s an even bigger motivation to see women’s handball take center stage.

“Of course, Norway have an outstanding team and many of their players have been playing together for a very long time.

“On the other hand, they seem to rely heavily on four back players in particular and they do not rotate the bench as much. In a way that makes our preparation for the match somewhat easier.

“If we can disrupt their rhythm maybe we can get them confused.

“In the match against Sweden they not only showed their mental strength towards the end of the game, but they exploded when Kathrine Lunde shut her goal in the second half. It’s not that Sweden played a poor game of handball, but when they got their chances they did not convert them into goals.

“We will have to do just that. We have to be 100% prepared and take full advantage of every single chance that we’ll get.  Most important is that we won’t be scared of Norway.”